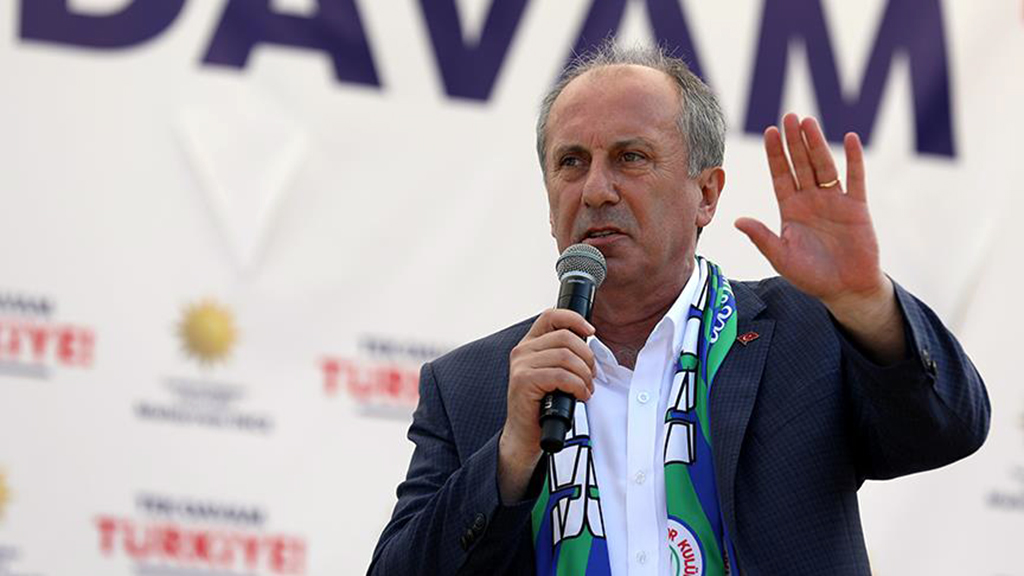 The main opposition party's presidential candidate Muharrem İnce is not acting like a traditional CHP candidate but acts within the context of Turkey's changing sociology, imitating those in power

There is something I often emphasize when speaking with my Western friends. Recep Tayyip Erdoğan is not a cause; he is a result. In other words, Erdoğan is not taking Turkey’s population or politics from one place to another; he remains in power because he represents Turkey’s population well. This is an important fact that those opposed to Erdoğan continually ignore. They think that if Erdoğan is gone, the politics he represents will also be cast out of history and excluded.

But what about Turkey’s sociopolitical environment brought Erdoğan to the administration and kept him where he is today? In other words, what are we to do with the sociology of modern Turkey? Will it be gone if Erdoğan leaves power? In the end, Turkey is a democratic country and its leaders can come to power through the support of the people. In that case, will those opposed to Erdoğan say, “If Erdoğan is the summary of Turkey’s public, then democracy does not suit Turkey.”

Perhaps they will say that because Turkey is a Middle Eastern country, an autocratic regime that works closely with us will be just fine as with many other countries of the Middle East. Whatever they say, the people of Turkey have developed a taste for democracy, understood the importance of participating in politics and demonstrated that they will protect the democratic structure of this country. The people’s reaction to the July 15 coup attempt is the most concrete example of just how much the people have embraced democracy.

An important election will be held on June 24. Do not be taken in by me saying an election; there will be both presidential and parliamentary elections on that day.

The strongest competition Erdoğan faces in the presidential race is the main opposition party CHP’s candidate Muharrem İnce. İnce can be cast as someone who is from the traditional stream of CHP politics. İnce is also the biggest rival of Kemal Kılıçdaroğlu, who took over as head of the party in 2010. In this sense, İnce’s performance during the presidential race will determine whether he comes out as a strong candidate for the head seat of the CHP following the June 24 elections.

Despite this background, when closely considering İnce’s performance and discourses during the presidential race, we can see just how encompassing the sociology of new Turkey is. For this race, İnce has not been acting like a traditional CHP member at all. He has actually been leaning toward populism and trying to garner the attention of Turkey’s public. During this process, he is literally imitating Erdoğan.

It appears that prior to joining the race, İnce examined the factors that carried Erdoğan to office and is now trying to include them in his campaign. At this point, we see that İnce’s campaign seems to revolve around two main points. One is İnce’s attempts to cast himself as being opposed to the West. The second is his effort to create a religious profile for himself.

In this context, İnce stated that if he were elected, he would close down the İncirlik base and send back the American troops stationed there. On Wednesday, in a call-out to German Chancellor Angela Merkel, İnce stated the following: “Dear Merkel, I will first bring unity to 81 million people, and then it will be your turn? Who do you think you are? Turkey has elections. How do you know who is going to be the next president? Everyone will know their place. Are we Germany’s butler?”

These words from İnce come from his desire to imitate Erdoğan and take his place. However, this discourse also shows that if İnce is elected, he will unable to easily follow Western-oriented politics.

İnce’s attempts to create a religious profile for himself is another reflection of his attempts to imitate Erdoğan. Despite being a member of the CHP, a party that objected to religious symbols being displayed in public spaces, including the headscarf, İnce is now attempting to get along with everyone, including the conservative public. In this sense, unlike what he was saying during the Gezi protests, İnce is no longer speaking about the protection of secular lifestyles while out on the election road.

Perhaps some will see this as a contradiction of Turkey’s political life; but this is simply the very sociology of Turkey.

Lose-lose game for US and EU
Next
Loading...
Loading...
We use cookies to ensure that we give you the best experience on our website. If you continue to use this site we will assume that you are happy with it.Ok