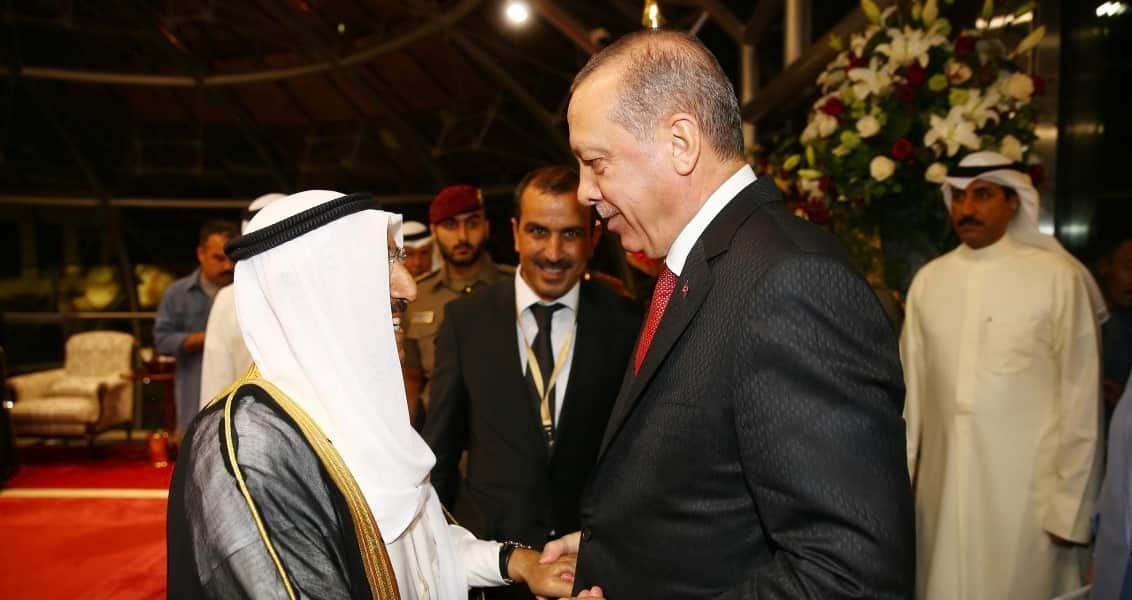 Much Brings Turkey, Qatar and Saudi Arabia Together

Turkey, Saudi Arabia and Qatar could be leading forces for such a strong alliance.

The Middle East region has been going through challenging times. The Arab revolutions have created a new political environment that forced regional actors to reconsider their policies in many areas. This was mostly because of the fact that the Arab revolutions led to either breakdown of existing state structre or destruction of authoritarian regimes. Governments that did not feel ready to change themselves in the face of democratic demands, considered the process as an opportunity for structural transformations. However, despite the efforts and good intentions, the process of transformation can take decades, if not years.

It is important to note that countries such as Saudi Arabia and Qatar seem to be most ambitious when it comes to implementing reforms in their political and economic structures, in order to better prepare themselves for the upcoming period. By adopting the National Transformation Program, Saudi Arabia aimed to diversify its economic structure, reduce dependency on oil and cut government subsidies. Qatar, on the other hand, has been working ambitiously to transform its economy. The country has made good progress in recent years and non-oil sector became the driving force of the Qatari economy. This was made possible thanks to the Qatar National Vision 2030 programme that aims to transform the country into a knowledge-based economy.

For both nations, what is more important, however, is the political transformation that has been affecting the region significantly. There have been a number of new issues that pose serious threats to the Gulf countries. Despite their differences in some areas, in order to better tackle these new challenges, the Saudi and Qatari leaderships embraced an alliance with Turkey. The main reason behind this policy choice is the “converging interests” of Turkey on the one side and Saudi Arabia and Qatar on the other.

In recent years, Turkey’s relations with both Saudi Arabia and Qatar have developed significantly. This can be seen from the visits of leaders of these countries to each other as well as many agreements that were signed to improve cooperation. In this context, there has been number of high-level visits between Turkey and Saudi Arabia in 2016. In April, Custodian of the Two Holy Mosques King Salman bin Abdulaziz Al Saud of Saudi Arabia visited Ankara. Following the coup attempt on July 15 in Turkey, the Saudi Foreign Minister Adel bin Jubair and Crown Prince Muhammad bin Nayef came to Ankara to show solidarity with the Erdogan leadership. Ministerial level visits between the two countries continued throughout 2016, and many agreements were signed.

A similar relationship exists between Turkey and Qatar as well. Turkish President Recep Tayyip Erdogan and the Emir of Qatar, H H Sheikh Tamim bin Hamad Al Thani met 11 times during the period between July 2014 and December 2016. In December 2016, both leaders met in the Turkish city of Trabzon for the second meeting of the Qatari-Turkish Supreme Strategic Committee where 13 agreements were signed in the fields of higher education, information technology, health, culture, agriculture and defence. There has also been a number of meetings that took place at the ministerial level.

These relations have also led to further cooperation of the two countries in areas such as economy, security and culture. In recent years, the trade volume between Turkey and Qatar has doubled to over $1bn. While Turkish businessmen won the $2bn road construction contract in Qatar, the beIN media group bought Digiturk, one of Turkey’s biggest broadcasting companies. Most importantly, the two countries have developed a close relationship in the fields of security and defence. Doha asked Turkey to establish a military base in Qatar in order to adress its needs in domestic and external security.

The fruits of cooperation between Turkey and its Gulf partners can be seen in foreign policies of these countries. Both Saudi Arabia and Qatar attach importance to Turkey’s priorities in the region and offer support for many regional issues. Riyadh and Doha have supported Turkish government’s fight against the FETO terrorist organisation that staged a failed coup attempt on July 15, 2016. Saudi Arabia and Qatar also played a great role in designating FETO group as a terrorist organisation by the Gulf Cooperation Council (GCC) and Organization for Islamic Cooperation (OIC).

Even though Turkey, Qatar and Saudi Arabia have different approaches to number of issues, there are many areas in which these three countries can work in coordination. These areas can be seen as important opportunities to increase cooperation and to pursue a stronger policy in regional politics.

There are three main dynamics that require advanced cooperation between Turkey and its friends in the Gulf. Fighing against Daesh is the first factor. The instability in Syria and Iraq has led to the creation of Daesh. The terrorist organisation soon became the most dangerous group that threatens regional countries such as Turkey, Jordan and even Egypt. Saudi Arabia has been feeling the threat posed by Daesh closely. Therefore, Riyadh would like to continue its fight against the group. Qatar also considers Daesh as the most destructive force for the Middle East region and therefore supports the struggle against the terrorist organisation. So, together with other regional actors, Ankara, Riyadh and Doha can work together in eliminating Daesh.

Another issue that Turkey, Saudi Arabia and Qatar can pursue common policies on is the necessity of creating a political block against Iran, which is seen as a “threat” by many Arab countries with its expansionist policies in the Middle East. Turkey has tried to establish partnership with Iran for many years in order to pursue common regional policies. However, Tehran was not cooperative with Turkey and it only sought its own interest. The most visible manifestation of this could be seen in the civil war in Syria. Therefore, the relations between Ankara and Tehran, which have been damaged by the Syrian crisis, now stand on the basis of “competition” rather than “cooperation”. It is inevitable that Saudi Arabia and Qatar, which have similar attitudes towards Iran, would side with Turkey in this regard. So, the cooperation of these three countries is vital in order to balance Iran’s expansionist policies.

The final area of cooperation would be the economy. As one of the biggest energy importers, Turkey aims to diversify its energy suppliers. Saudi Arabia and Qatar would be important partners of Turkey for energy. Additionally, both Riyadh and Doha can consider Turkey as a safe haven for investment in a number of sectors. Increasing interaction between populations would also create benefits in particularly trade, tourism and cultural areas. Such developments would allow these countries to increase cooperation in economy.

Finally, it is necessary to form a powerful political bloc against the chaos and ongoing uncertainties in the Middle East. Turkey, Saudi Arabia and Qatar could be leading forces for such a strong alliance. With other regional actors that embrace similar positions, they need to act together in order to better address the security needs of the Middle East today. The key to cooperation is to focus on similarities than differences.

Turkey Heads to Referendum in April and Current Debates
Previous

Turkey and the Gulf States: Sustainable Cooperation is Needed
Next
Loading...
Loading...
We use cookies to ensure that we give you the best experience on our website. If you continue to use this site we will assume that you are happy with it.Ok