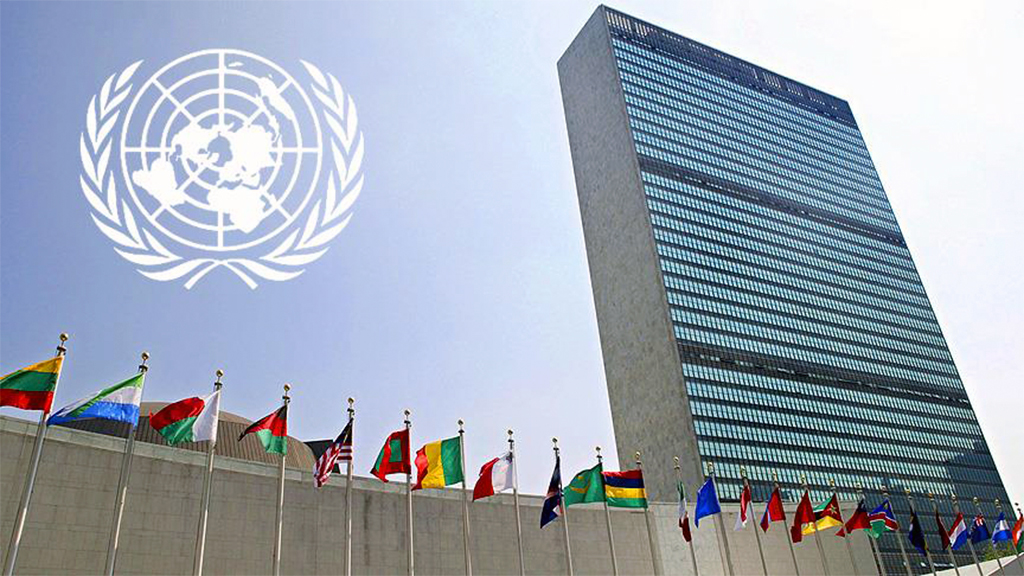 U.S. President Donald Trump’s threat to withhold aid to countries that vote in favor of the U.N. resolution rejecting his recognition of Jerusalem as the capital of Israel …

U.S. President Donald Trump’s threat to withhold aid to countries that vote in favor of the U.N. resolution rejecting his recognition of Jerusalem as the capital of Israel did not change the outcome. Despite the pressure inflicted on countries individually by warning that the names of naysayers would be taken, world states left the U.S. alone. A total of 128 countries in the U.N. General Assembly voted in favor of the draft that was led by Turkey and Yemen, nine voted against it and 35 countries abstained, reaffirming the U.N. Security Council Resolution 478. The belief in a two-state solution and “a comprehensive, fair and permanent peace based on the Madrid Principles, Arab Peace Initiative and Middle East Quartet Road Map” was consolidated. Of course, it is not possible to force Israel into the peace process without U.S. pressure in current power balances.

Nevertheless, this resolution, which shows the legitimacy of the idea of “the Palestinian state with east Jerusalem as the capital city” in the eyes of international community, will go down in history as the beginning of a new era. First of all, Trump’s nationalist approach based on naked power gave rise to an irreversible crisis of legitimacy about the U.S.’s global role. The loneliness the U.S. experienced in the U.N. during the Jerusalem voting is not just a defeat to screw up faces. It is also the reality of the new world that shows how the selfish approach of a super power that clearly said to have walked away from its responsibilities will be met.

While saying this, I am not underestimating the current global military and economic strength of the U.S. It is also clear that China and Russia are not in a position to replace this power. Above all, Washington, which invests hundreds of billions of dollars in the defense industry, has the highest level of military power that enables it to intervene in any place in which it sees economic interests.

However, the U.S. is nowadays subverting the “liberal order” that it established, and obviously, it will have difficulty dealing with the chaos it created even in the short run. For instance, the Jerusalem issue once again showed the divergence within the Western alliance.

Some of the central and eastern European countries abstained from voting due to U.S. pressure, but the EU’s leading countries opposed Trump’s approach. The Israeli expansion has come to the agenda of the people of the world as a “justice” issue. Given that Trump’s new security strategy is based on power rather than norms, our world is stepping into an era where new power struggles are intense.

Also, a fierce power struggle is lying ahead of the Middle East. The line of polarization that became evident before the Jerusalem crisis was between Iran and Saudi Arabia. The U.S. was accelerating this struggle, claiming that missiles launched on Riyadh were of Iranian origin. Turkey, pioneering in the Jerusalem issue, put the Gulf states in an awkward position. Saudi Crown Prince Mohammed bin Salman’s desire to impose a peace plan on Palestine, which is known as an initiative by Jared Kushner, Trump’s son-in-law, is now in serious trouble. For this reason, countries such as the United Arab Emirates (UAE), which are known to have been behind attacks on Ankara for several years, are directly targeting President Erdoğan.

UAE Foreign Minister Abdullah bin Zayed Al Nahyan’s retweet that accused Fahreddin Pasha, the defender of Medina during World War I, of transporting holy relics to Istanbul, is not a symbolic quarrel alone. It concerns the intention of Arab nationalism, toward which the Saudi crown prince has fronted with the rhetoric of “moderate Islam,” to otherize Turkey through the Ottoman history. In fact, as the term president of the Organisation of Islamic Cooperation (OIC), it has been within the political sphere of Turkey to defend Jerusalem as a sacred relic.

Were it not for the Jerusalem crisis or an active Turkey in this regard, the UAE-Saudi Arabia-Bahrain line might have fudged Trump’s decision as a “secondary” issue and maintained cooperation with Israel against Iran. After all, Iran is a largely otherized player in the Arab world. At this point, Turkey, facing the opposition of even the U.S. about Jerusalem, has cracked down on the Gulf. Some of the Arab administrators, whose legitimacy has been broken, might carry out new verbal attacks on Erdoğan. However, they should not forget that, today, Erdoğan is the most valuable leader with his discourse in the eyes of the people of the Middle East.

Why did the Sudanese welcome Erdoğan with open arms?
Previous