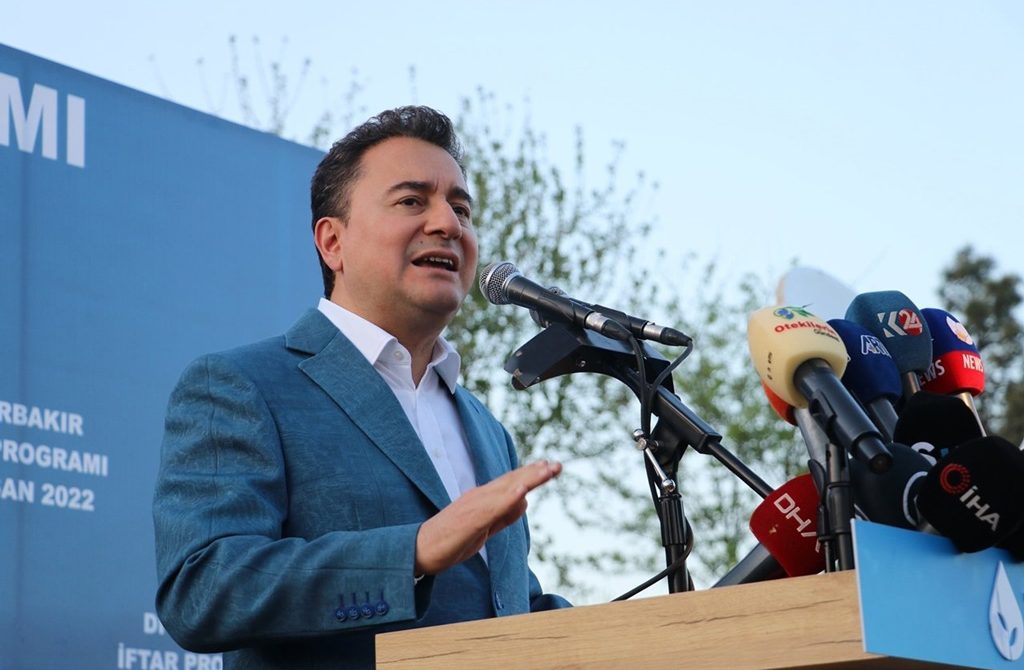 Meaning of DEVA’s decision for others in Turkish opposition

It has become increasingly clear what the opposition’s 'table for six' will look like as the 2023 election approaches. In recent weeks, the Felicity Party (SP) had proposed an 'alliance within the alliance' and the Republican People’s Party (CHP) has presented eight different scenarios.

It has become increasingly clear what the opposition’s “table for six” will look like as the 2023 election approaches. In recent weeks, the Felicity Party (SP) had proposed an “alliance within the alliance,” and the Republican People’s Party (CHP) has presented eight different scenarios.

Earlier this week, Ali Babacan, who chairs the Democracy and Progress Party (DEVA), announced that the movement will run in the 2023 election on its own behalf. For the time being, that decision does not mean that the party has given up on the “table for six” or the opposition’s joint presidential campaign.

Since I already believed that the CHP, the DEVA and the Future Party (GP) represented the political brain trusts behind the opposition’s roundtable, Babacan’s decision did not catch me by surprise. Were the DEVA to run in the election as part of the CHP, the Good Party (IP) or the SP, that would have meant that the party and its chairperson had forfeited their original mission: To receive the majority of votes.

It is a widely known fact that the new electoral law encouraged the fringe parties to look for alternatives. Specifically, they had to choose between contesting the election as part of another party, forming a third electoral alliance with a group of fringe parties, or settling for the CHP and the Good Party’s controversial quotas. Instead, the DEVA decided to try to clear the 7% threshold, possibly hoping to receive at least 3% to qualify for financial aid from the Treasury. Obviously, that announcement also compels the SP and the GP to clarify their respective positions: They will either show some courage and contest the election themselves or join the race under the umbrella of the DEVA, the CHP or the Good Party.

Keeping in mind that Babacan and Ahmet Davutoğlu, the GP’s chairperson, could not agree on forming a new party together after leaving the ruling Justice and Development Party (AK Party), it would not be surprising for the GP to make a similar announcement soon. Having contested the previous election under the CHP umbrella, the SP, too, could be forced to “go it alone” – irrespective of its level of happiness with that decision.

There are several reasons behind that tendency. Primarily, I think that Babacan’s political game plan is really about the 2028 election. The same goes, possibly, for Davutoğlu. They need to stick to their own identities and ambitions for that plan to work. As such, they understand that contesting the 2023 election under the umbrella of another party would terminate their ambitions unless the “table for six” ends up endorsing one of them as the opposition’s joint presidential candidate. Judging by a recent tweet by Gültekin Uysal, the Democratic Party (DP) chairperson, it is simply not going to happen. To survive in political life, both former AK Party officials need to find out how many votes they can get.

The Good Party and its chairperson, Meral Akşener, already made that clear. As such, Babacan rather hopes that his party will receive a noteworthy share of the vote than claim a parliamentary seat next term. Indeed, that choice won’t necessarily weaken his hand in negotiations for Cabinet positions if the opposition wins next year’s election.

Secondly, both the DEVA and the GP aim to win over the AK Party supporters. They appreciate that contesting the election as part of the CHP or the Good Party would draw fierce criticism since it is already difficult to explain to that audience why they have a seat around the “table for six.” Indeed, even running on the SP ticket may have been humiliating for Davutoğlu and Babacan, who could not work together in the first place. Moreover, the DEVA has become more valuable for the CHP, which has grown more self-confident and effectively started a race among its own presidential candidates. In a way, Babacan made that risky decision to strengthen his hand at the negotiation table, which was weakened by the new electoral law. Finally, DEVA attempts to portray itself as a political party that has a seat at the “table for six” and could become part of the Nation Alliance, yet gets to share its original game plan with the general public. In this sense, the movement also challenges the Good Party and could even think about luring away some voters from the Peoples’ Democratic Party (HDP).

The question is, where does the DEVA stand right now vis-a-vis its original plan. First and foremost, Babacan’s party could not carve out its own path, different from the People’s Alliance and the Nation Alliance. The movement not only ended up sitting around the main opposition leader Kemal Kılıçdaroğlu’s table but also limited its discourse to the CHP and Good Party framework – mainly the charge of “authoritarianism.” At the same time, the DEVA largely squandered its opportunity to connect with the AK Party base by positioning itself against President Recep Tayyip Erdoğan and siding with the CHP. As the election day approaches, DEVA, the GP and even the SP will draw way more criticism for their current position and their identity.

Turkey-Saudi relations: New axis of normalization
Next
Loading...
Loading...
We use cookies to ensure that we give you the best experience on our website. If you continue to use this site we will assume that you are happy with it.Ok