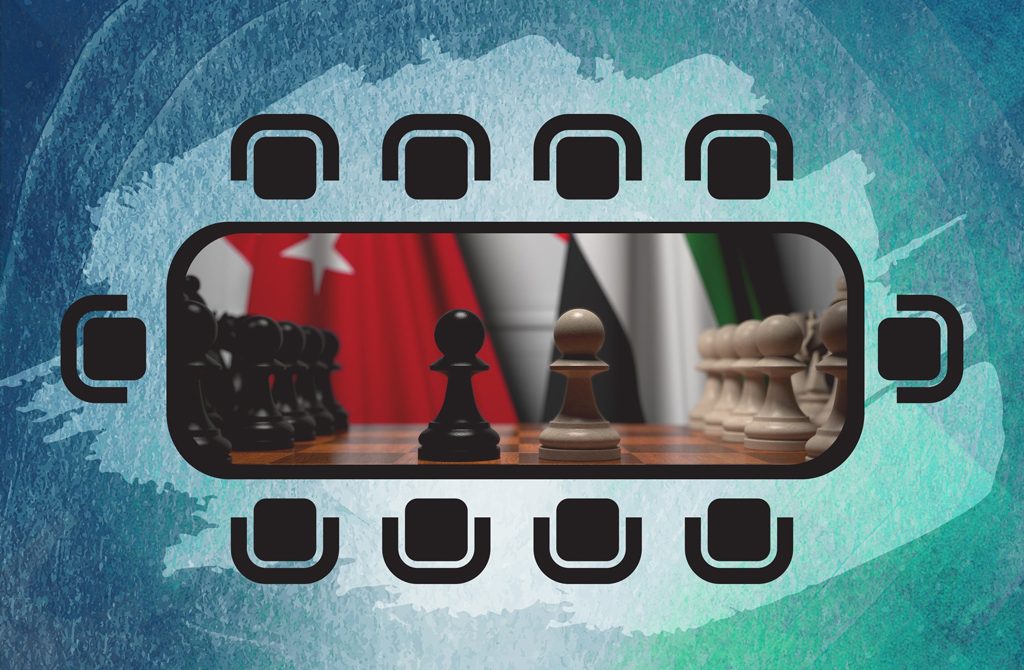 After the historical visit of Abu Dhabi Crown Prince Sheikh Mohammed bin Zayed Al Nahyan (MBZ) to Turkey, many observers have begun to discuss the future of Turkey-Gulf relations. This visit was the first of its kind since the eruption of the Arab insurgencies and revolutions in 2011. The visit, during which Turkey and the UAE signed 10 agreements, all on economic and technical issues such as finance, trade, energy and environment, marks a new era for both parties.

The visit was a direct result of regional and global changes. First, almost all Middle Eastern countries had to revise their foreign policies after Joe Biden’s election as the U.S. president. As soon as he came to power, Biden declared he would not give a blank check to the regional allies of the U.S., namely the UAE and Saudi Arabia, and would reverse his predecessor Donald Trump’s policy on the region. Furthermore, Biden announced he would abandon the maximized pressure against Iran to secure a new nuclear deal and try to improve bilateral relations with the country.

As a reaction, regional countries have decided to lessen tension. Accordingly, they have initiated large-scale normalization processes with their counterparts. The most important step was taken at the summit of the Gulf Cooperation Council (GCC) in January 2021 in Saudi Arabia. After Saudi Arabia announced the restoration of its relations with Qatar, other partner countries also followed and decided to abandon their ambitious foreign policy initiatives. Eventually, Saudi Arabia, the United Arab Emirates (UAE), Bahrain and Egypt signed a solidarity and stability agreement with Qatar to end the crisis and restore full diplomatic and economic relations with Doha.

Similarly, Gulf countries have changed their regional foreign policies and ended their conflictual relationship with other regional actors. As a continuation of the above-mentioned factors, regional countries have decided to ease tensions in the region since escalation would be mutually destructive. Within this context, after the normalization with Doha, other Gulf states have decided to restore their relations with Turkey as well. Ankara also aims to normalize its ties with other regional countries to fend off isolation. The restoration of its ties with the Gulf states will have a direct impact not only on the Middle Eastern policies but also on Turkey’s policies regarding the Eastern Mediterranean since actors such as the UAE, Saudi Arabia and Egypt will be cautious in cooperating with Greece in the region.

Second, Turkey has been following a more rationalist and pragmatic foreign policy, reflecting its national interests. Similar to other middle-level and great powers, Turkey has been pursuing a sectoral foreign policy. That is, it has foregone the all-or-nothing approach in its relations. Although it has dealt with crises with certain states, such as the U.S. and Russia, Ankara still pursues cooperation.

Turkey intends to cooperate with the UAE in economic areas. Accordingly, it signed agreements with the UAE in the technology and economic sectors, while also calling on the UAE to ease tension and help end schemes that undermine Turkey’s efforts to resolve regional crises. Maintaining a zero-sum relationship is not sustainable for either side. The two countries need to continue taking measures to encourage confidence building.

A new process was initiated with the visit of the Emirates’ national security adviser, Tahnoun bin Zayed Al Nahyan, last summer and the process reached its peak with the visit of MBZ. The two sides are determined to continue this rapprochement process. In this context, the Turkish side has already declared that it will take further steps. President Recep Tayyip Erdoğan announced that Foreign Minister Mevlüt Çavuşoğlu will visit Abu Dhabi in December. After making some preliminary preparations, Erdoğan will also visit the UAE in February. It seems that the visit will have a domino effect on Turkey’s relations with other regional states. For sure, considering the UAE has been the torchbearer of anti-Turkish initiatives for the last decade, it will accelerate similar rapprochement processes with other Gulf countries, such as Saudi Arabia and Bahrain. However, it remains to be seen how this process will influence controversies in regional crises like Syria, Libya and the Eastern Mediterranean.

All in all, after changing global geopolitical conditions and regional balances, Middle Eastern states have decided to reevaluate their strategic calculations. Regional countries have learned that there is no other option but to end the fierce rivalry in the region and work together. Sectoral foreign policy understanding will require both cooperation and competition between Turkey and the UAE in regional crises. However, the parties will be careful not to escalate the tension and to find diplomatic means for the management of their bilateral relations.

Logic of Turkey’s diplomatic activism
Next
Loading...
Loading...
We use cookies to ensure that we give you the best experience on our website. If you continue to use this site we will assume that you are happy with it.Ok