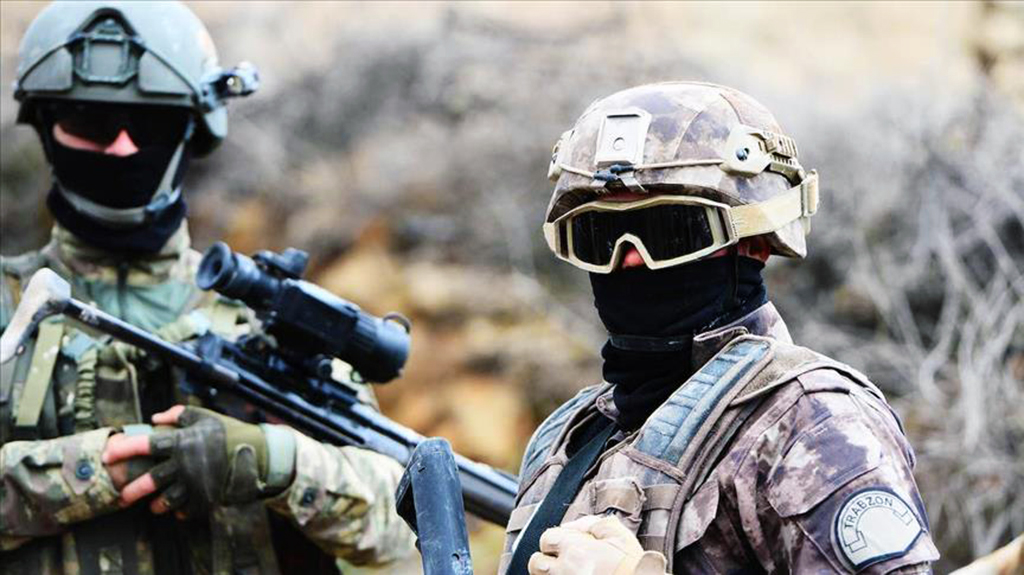 Many fronts move to restrain Turkey

Contrary to claims from some malicious circles, the main reason for Turkey's presence in Syria is to purge its border of terrorist elements

We have been reiterating for a while that Syria is in a new phase of its conflict. The Syrian crisis is evolving into a structural problem in which global and regional players are becoming more directly involved.

The U.S., Russia, Turkey and Iran are present in the field. In addition, Israel is striving to enter Syria on the pretext that it is worried that Iran and Hezbollah are establishing themselves in the Golan Heights.

Turkey has been more involved in the Syrian war than ever before. In fact, Turkey’s intervention in the war has never been so direct and so hard. After all, Turkey did not try to manage the war using proxies directly affiliated to itself, as opposed to what Iran has done. Turkey has basically supported the local, moderate Syrian opposition with soft power. It has also tried to contribute to the settlement of the Syrian war through diplomatic means in the international arena. It has also made a great efforts to bind the wounds caused by the Syrian war, opening its doors to 3.5 million Syrian refugees and providing them with safe living spaces.

Turkey’s Operation Euphrates Shield was a turning point in the Syrian war. For the first time, Turkey showed a presence in Syria by directly managing the moderate opposition groups in the field and exercising hard power elements.

The main reason for Turkey’s presence in Syria was to purge its borders from terrorist elements. First, it targeted Daesh, mopping it up from the Turkish border with a successful operation. The second phase started 35 days ago with Operation Olive Branch. This time the goal is to remove the People’s Protection Units (YPG) presence in Syria, as it is a threat to Turkey.

The operation continues at full speed. Unless something goes wrong, Turkey’s border with Afrin will be completely cleared of YPG elements within a few days. The Turkish Armed Forces (TSK) and the Free Syrian Army (FSA) will continue to move toward the Afrin city center Afrin.

For sure, TSK and FSA forces will advance toward the center of Afrin and fight until the YPG presence there is eliminated. Otherwise, this operation will fall short of its goal.

Precisely for this reason, there have been vigorous efforts to thwart and deter Turkey, striving to restrain Turkey by activating both powerful elements in Syria and international propaganda mechanisms. While the U.S. is arming the YPG, Iran-backed militias are trying to support Afrin and posters of Bashar Assad and Abdullah Öcalan are waving together in Afrin. At the same time, for about a week, leading Western media outlets have been making propaganda, saying that Assad and the YPG have come to terms to expel Turkey from Syria. However, what Nouri Mahmoud, a YPG militant, told Reuters is revealing: “Groups aligned to the Syrian army came to Afrin, but not in the quantity or capacity to stop the Turkish occupation.”

As I have said before, all this is being done to hamper Turkey. The objective is to ensure the Turkey’s withdrawal in the face of this half-true and half-fictional picture. To this end, the need to diminish the determination of Turkey’s public and political decision makers.

Indeed, some media outlets have been clamoring for a couple of days that Turkey should not move further toward Afrin.

Of course, we all know how the main opposition Republican People’s Party (CHP) and its chief supporter the Peoples’ Democratic Party (HDP) view this.

However, what matters is what the rulers of Turkey and the majority of the public think.

Such manipulation can dissuade neither President Recep Tayyip Erdoğan nor the people who support him.

Decline of the international order we know
Previous