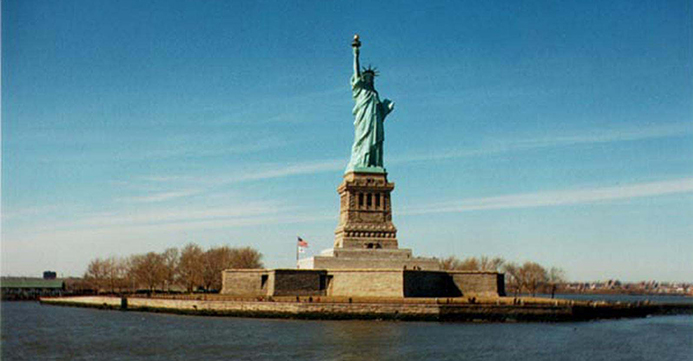 Losing the World While Putting Its House in Order: Toward Imagining a US Without the World

The broken trust and lack of credibility may necessitate a lot more effort, resource and time allocated to repair those relationships. While the U.S. was imagining a world without her, it could face a U.S. without the world.

The recently released film, ” America: Imagine the World Without Her” received mostly negative reviews despite its catchy title. The proposition in the title was first made by Robert Kagan in his book “The World America Made.” When the book was released, it was reported that President Obama read the book and even discussed it with his aides. The idea of imagining the world without America may be an interesting one. However, current U.S. foreign policy has likely make policy makers in D.C. consider a U.S. without the world as opposed to vice versa. Nowadays imagining the world without U.S. is becoming easier on account of global political developments. More significantly, disengagement and inaction may lead to the U.S. losing the world while “putting its house in order.”

Now there is a near consensus of pessimism regarding the future U.S. policy in a very partisan and politically polarized Washington, D.C. Most experts, former policy makers and journalists state both privately and in public that the Obama administration will not take any steps to stop the bloodshed in Syria, will avoid engaging in Iraq and are very skeptical about what the U.S. is trying to do in regard to Gaza. There is no game changer in sight. So far, neither the killing of 200,000 people nor the chemical weapon attacks by a regime against its citizens has changed the calculations of the Obama administration. In the midst of this, U.S. foreign policy seems to lack any direction or any major strategy other than avoiding any form of military engagement. The war fatigue among the American public seems to be instrumentalized for conflict avoidance and the specter of the Iraq War has been overused as a historical analogy. Conflict and risk avoidance approaching isolationism and isolationism has been rationalized with the motto of “putting the house in order.”

The administration, while starting to alienate American allies with this soft disengagement, is also giving mixed signals in regard to the future of the international system. In Asia, American allies are trying to make sense of what the “Asia Pivot” really means and how committed the U.S. is to the security of its allies in the region. In Europe, American allies are puzzled by the Snowden leaks and transatlantic relations are passing through one of the most significant bottlenecks of trust. In the Middle East, American allies by now are clear that the U.S. does not care about conflicts spilling over into allied countries. The more challenging thing is, even when it is asked in Washington, nobody can provide an answer about the future direction of U.S. foreign policy in these regions.

Meanwhile, this unclear and ambiguous foreign policy is providing opportunities for others. While Russia was interfering in Ukraine and carving its territories and launching a civil war in the region, Moscow very possibly was calculating the potential U.S. response for such an action. Similarly, while China is flexing its military muscle in the South China Sea and while she is increasing its assertiveness in the East China Sea, the decision makers in Beijing were probably thinking about the potential effect this could have on their relations with the U.S.. It would not be difficult to guess that in both of these capitals, U.S. reluctance to engage and avoid any form of conflict has been well recognized by now. There seems to be no U.S. foreign policy that can deter aggressors anymore.

This indecisiveness of the U.S. is leading to a new phase in global politics. The first outcomes of such a politics demonstrate that it will be a challenging transition. However, once this transition is over, the U.S. would have hard time projecting any form of influence, whether it is political, military, economic or cultural, to the world at all. After putting its house in order, the U.S. might not find the same neighbors and the same neighborhood to engage in. The cost of disengaging from global responsibilities in order to “put the house in order” may be higher than expected. The broken trust and lack of cr

The Loss of Humanity: The Human Rights Dimension of the Civil War in Syria
Previous