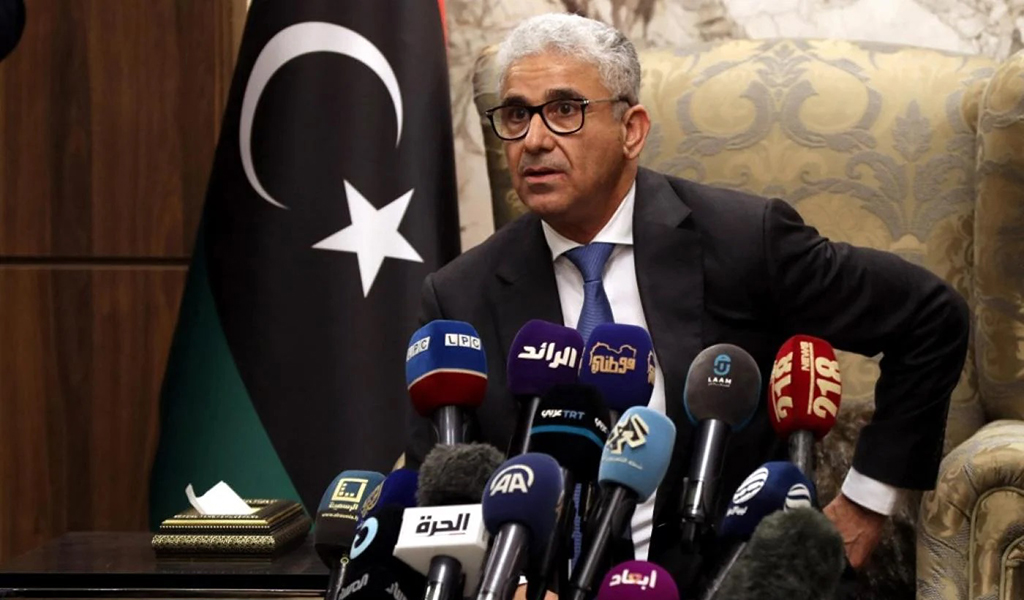 Libya crisis: Is Tripoli at the brink of another war?

The appointment in February of Fathi Bashagha as prime minister of Libya by the Tobruk-based House of Representatives, which came after the Tripoli-based Government of National Unity (GNU) expired its mandate with the failure to hold scheduled elections last year, has renewed tensions in the capital city.

The relative calm in Libya following the 2020 ceasefire agreement and the ensuing formation of the GNU in early 2021 has been upset by Bashagha’s repeated attempts to enter Tripoli.

While he subsequently appeared to have settled for operating from Sirte as the leader of a parallel government, he has since issued an ultimatum to Prime Minister Abdul Hamid Dbeibah, who heads the GNU. Bashagha this month threatened to take Tripoli by force.

This situation has been compounded by the sporadic sabre-rattling of Bashagha’s military allies in northwestern Libya. Putting aside the local dynamics of recent skirmishes among armed groups in Tripoli, it is safe to say that Dbeibah and Bashagha’s rival claims to legitimacy and authority present the defining divide between the two loose military and political coalitions aligned with each.

Recent mobilisations and clashes in and around Tripoli foreshadow a larger military confrontation between the two sides. Notwithstanding Bashagha’s direct challenge to the GNU, the Tripoli-based government’s consolidation of power – highlighted by its ability to eliminate powerful actors, including Libya’s oil chief – means that unseating it through military force will be a matter of life and death for the pro-Bashagha coalition, which views this as the only viable way to ensure its own relevance.

The probable war for Tripoli would differ significantly from the one that unfolded in 2019-20. It would be “intra-Tripolitania”, fought mostly between the factions that countered military commander Khalifa Haftar’s attack on the city in 2019-20 – and unlike the previous conflict, most of the fighting would be carried out by Libyans, without a large contingent of foreign fighters.

External backers of each camp do not want to see a prolonged conflict in Tripoli that would spin out of control and fuel a region-wide proxy war, hoping instead for a swift victory by their respective Libyan allies. The only silver lining in this simmering conflict is that as long as external actors stick to this approach and do not become actively involved, the conflict should be shorter and less destructive than the previous war.

Yet, the prospects of winning are not equal between the two camps. Since the GNU-affiliated camp would be on the defensive, repelling the adversary would be enough to secure a victory. Judging by the current distribution of power between the two camps, the GNU-affiliated camp seems capable of repelling such an attack. The task for Bashagha’s camp is much more challenging.

The task was already difficult for Haftar, and while he had a much greater arsenal and intermittent air cover to invade Tripoli, he still failed. Bashagha’s camp will need both air power and heavier weaponry to break Tripoli’s defence lines. Most significantly, this time around, Abu Dhabi is not expected to endorse the offensive.

The UAE being out of the picture seriously undermines the prospects for success of the pro-Bashagha camp’s looming offensive. Indeed, what is keeping this camp from attacking Tripoli is its awareness of its adverse prospects for winning under the current balance of power.

The situation presents a dilemma: if Bashagha’s camp opts to attack while the prospects for victory are unfavourable, it could face total marginalisation in the event of a likely defeat. But waiting to strike risks allowing the other side to further consolidate power. This is why the Bashagha camp’s current efforts have been focused on growing its coalition and pushing for defections from the GNU’s nominal allies.

Should this strategy fail, the GNU would likely emerge victorious, thus solidifying Dbeibah’s position in the political landscape, especially in the northwest. But unless this is coupled with strong UN leadership and the undivided attention of the international community, the post-conflict setting in Tripoli would not be conducive to a lasting political solution through elections.

The international community’s preoccupation with the Ukraine war, and the absence of strong UN leadership in Libya, were the very factors that paved the way for Bashagha’s controversial appointment in the first place – and there is no reason to believe that these structural factors will change in the short term.

The Relationship between Cultural Power and Education in Light of the Development of Education in Türkiye over the Last Two Decades
Next
Loading...
Loading...
We use cookies to ensure that we give you the best experience on our website. If you continue to use this site we will assume that you are happy with it.Ok