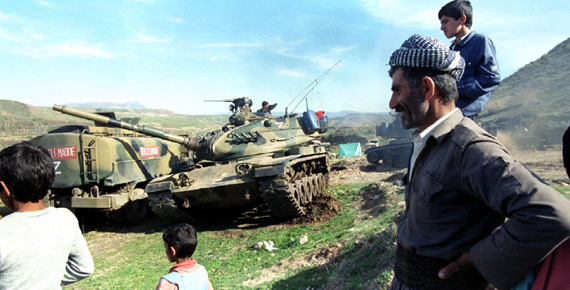 Lessons From the Past for the New Process

Turkey needs to draw lessons from the past and take necessary steps to facilitate the process.

Turkish society has been witnessing a new process for the last two weeks. We became aware of this process when the Prime Minister said that İmralı talks continue. The process gained impetus when the BDP deputies Ahmet Türk and Ayla Akat visited Abdullah Öcalan in İmralı on January 3, 2013. İmralı talks, contrary to Oslo talks, were not kept secret from the society and the state did not ask for the mediation of a foreign actor. The talks cherished hopes once again in a time when we began to lose hope. Because actors of the process are aware of the fragility of their role and the public opinion is cautiously optimistic, the process is successfully ongoing for now despite provocations some actors from the BDP who cannot hide their unease and deliberate and/or groundless arguments which probably aim to sabotage the process.

It is possible to categorize political lessons that paved the way for the new process under two headings. These headings indicate why Oslo process—which we pursued in hope—failed and how this new process could begin.

The new process has begun primarily because PKK realized that it will not attain its goal through armed struggle and the state realized that it cannot eliminate PKK through security instruments. This awareness had paved the way for Oslo talks, too. Nevertheless PKK misinterpreted the regional developments since the middle of 2011 and prioritized armed struggle while the state focused on security-based policies owing to the power transformation in the political center. PKK increased its terrorist acts as never before thus forcing the state to adopt security-based policies.

Nevertheless, they failed to get expected results from the armed struggle during 2011 and
2012. PKK could neither start a revolutionist people’s war nor weaken the state. The state disappointed PKK but failed to eliminate it. It seems impossible to eliminate PKK by means of any security instruments as long as PKK easily finds new young people to replace those who it sends to their death. Consequently, the new process has begun primarily because armed struggle did not yield expected results.

This new process has begun secondly because it was realized that PKK misinterpreted the Arab Spring. PKK thought that the Syrian conflict will contribute to Kurdish people and PYD (Democratic Union Party) thus PKK in its struggle with Turkey and the Tehran-Baghdad-Damascus axis supported by Moscow versus Syrian policy of Turkey will weaken Turkey and provide the PKK with the foreign support it needs. PKK assumed that these developments will strengthen its hand against Turkey and also reinforce Kurdish people abroad. Given this assumption, PKK decided to end Oslo process and continue armed struggle until the new regional order is created. Nevertheless PKK began to hesitate about this geo-political interpretation—which was wrong from the very beginning—after seeing this new regional order created in the last two years. Russia began to seek a “dignified” way-out; the Tehran-Damascus-Baghdad axis lost ground; it became certain that Damascus is deemed to lose; Syrian opposition surrounded PYD; Erbil-Baghdad tension strengthened Erbil-Ankara alliance. All these developments caused PKK to realize that a different regional system is being created than what it has foreseen. Moreover, this new regional system where democratic regimes replaced authoritarian ones will remove the favorable conditions for PKK-like armed organizations to exist. Consequently, the new process began secondly because it was necessary for PKK to reconsider regional interpretations.

SETTING OUT FAVORABLE CONDITIONS FOR NEGOTIATION

Lessons that Turkey drew from the failure of Oslo process seem

Can the PKK Lay Down its Arms?
Previous

Economy in 2012
Next
Loading...
Loading...
We use cookies to ensure that we give you the best experience on our website. If you continue to use this site we will assume that you are happy with it.Ok