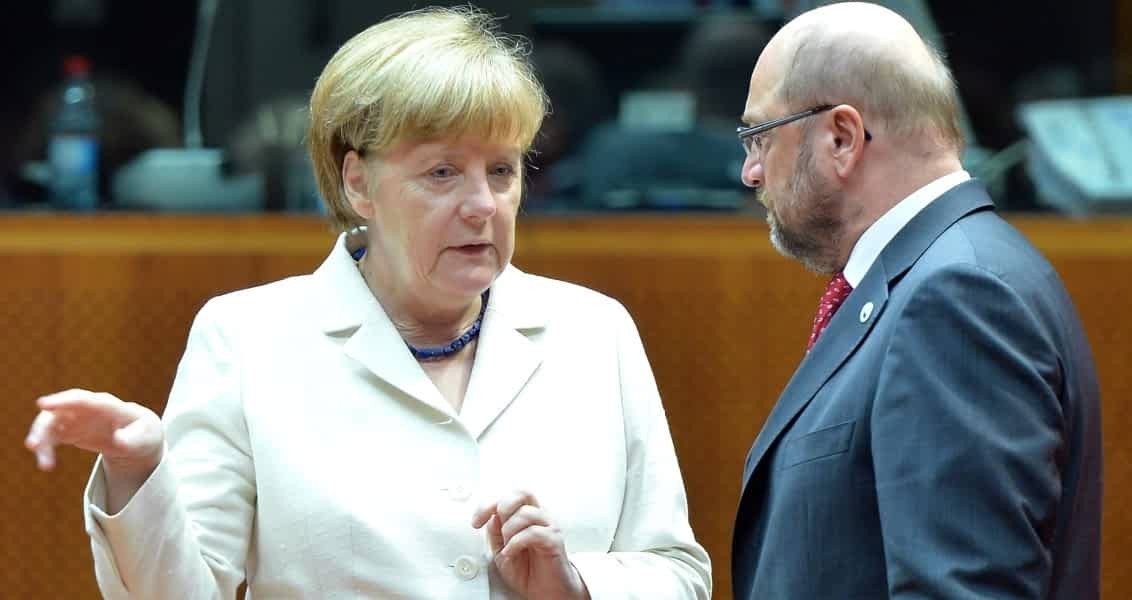 What kind of a partnership must be built with Turkey? How will the new EU be? These are the actual questions that require further consideration.

The genie is out of the bottle. Overwhelmed by populist urges during the electoral period, German chancellor candidates Angela Merkel and Martin Schulz have sparked a controversy regarding the future of Turkey’s EU membership negotiations.

The subject, which was previously broached by Austrian politicians and has recently been a hot topic in Germany, will be brought to the table at the European Council Summit in October.

I have written that their true intention is to shut the doors of the EU to President Recep Tayyip Erdoğan and this controversy is actually a campaign aimed at dissuading the Turkish electorate from voting for Erdoğan ahead of the 2019 elections.

As an adept and experienced politician, President Erdoğan is aware of their intentions.

He reiterated that he regards Turkey’s path to EU membership as a strategic choice despite the disappointments that have come along with it, underscoring that the EU is the party that is required to make decisions in respect to Turkey-EU relations: “If you cannot tolerate Turkey’s current relations with the EU, you must honestly and clearly express this and do what is necessary. Forcing the EU to suspend Turkey’s full membership negotiations instead of showing honesty is hypocrisy and political immorality,” Erdoğan said. In this response, Erdoğan hinted that the responsibility falls on the shoulders of the EU and that he is ready to persist in the war of words with Germany.

German politicians were quick to respond to the new policy on Turkey and there is, by no means, a unified agreement in the bloc.

Voices raised from EU capitals indicated that the strategic importance of relations with Turkey should not be sacrificed for the sake of political gains.

First, EU High Representative for Foreign Affairs and Security Policy Federica Mogherini warned: “Sometimes, we tend to forget that Turkey is a key player in a region that is strategically important for us: The Middle East and the Mediterranean region.”

Later, authorities in Estonia and Finland announced that they oppose the suspension of negotiations with Turkey. Also, French President Emmanuel Macron said that he opposes cutting ties with Turkey, who is a “vital partner” especially in regard to the immigration challenge and the terrorist threat.

The controversy sparked by Germany’s Chancellor Merkel and candidate Schulz is not only about the future of Turkey’s EU accession but also about the future and patronage of the EU’s new structure in the wake of the Brexit decision. So, a thorough discussion that focuses on the departure of the U.K. and the fate of Turkey’s membership talks must commence.

A tough debate will surely ensue surrounding the questions: Whose Europe are we living in? The Union’s Europe? Schengen Europe? Eurozone Europe? The Customs Union’s Europe? NATO’s Europe? Or, a Europe centered on Western Europe under the leadership of Germany and France? This debate is likely to continue.

Merkel fended off questions from Schulz through the spat over Turkey while also creating an agenda that will consolidate Germany’s leader position within the EU. Nevertheless, it will not be easy to suspend Turkey’s membership negotiations.

First of all, it is inevitable to include in this agenda the member states that are against the increasing Germanization of the EU as well as Eastern European member states, whose leaders are bearing the brunt of the immigration wave more closely.

For instance, Athens is aware of the fact that the refugee influx into Greece decreased by 97 percent after the agreement on refugees with Turkey came into effect.

Meanwhile, the circles who can see that losing Turkey would increase Russia’s influence in Europe will also oppose suspending talks due to strategic concerns.

It is obvious that discussing Turkey’s EU membership strengthens President Erdoğan’s hand. As a matter of fact, the latest tensions brought with them an opportunity to question the unfulfilled promises of the EU and to push open the EU door, which is already de facto closed.

Ankara can pressure Brussels to make a decision by preserving its equanimity. Doing this could reveal the true agenda of the bloc by clearing away the cloud of dust that formed from the arguments and increasing dichotomy as Turkey grows apart from the EU and Erdoğan has become more authoritarian.

What kind of a partnership must be built with Turkey? How will the new EU be? These are the actual questions that require further consideration.

Will Erdoğan Shut the Door On Europe?
Previous