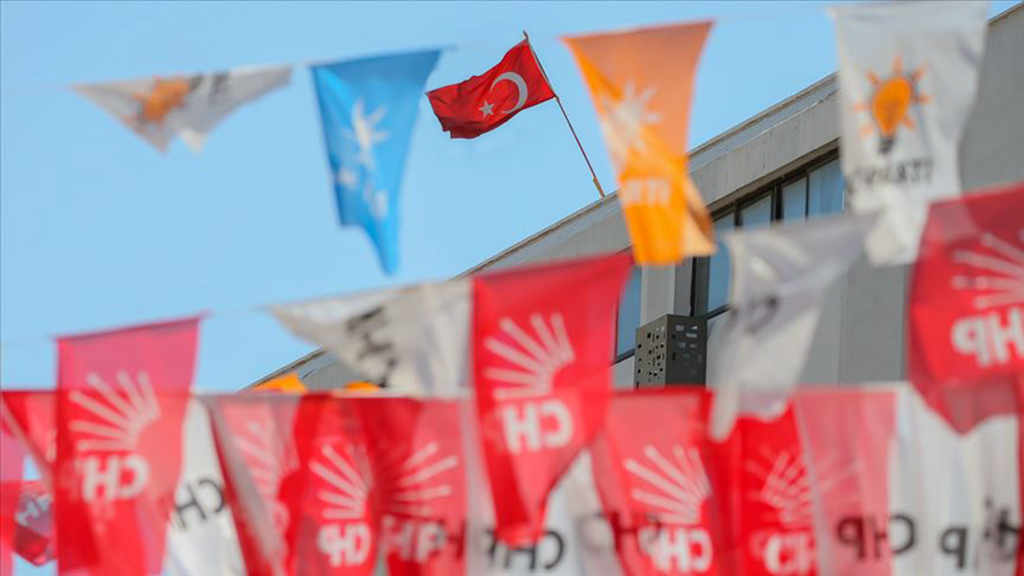 Turkey will hold municipal elections tomorrow. The People's Alliance and the Nation Alliance have worked very hard to win over undecided voters and maximize turnout.

Turkey will hold municipal elections tomorrow. The People’s Alliance and the Nation Alliance have worked very hard to win over undecided voters and maximize turnout. At the end of the day, undecided and alienated voters will determine the results. Without a doubt, criticism and alienation will give way to rationality and a sense of belonging at polling stations. Voters will think back to the words and deeds of political leaders and candidates before reaching their final verdict. One last time, they will ask themselves which side’s victory will serve Turkey’s future better. The electorate will take into consideration both local affairs and the stability and welfare of the nation.

The March 31 municipal election is arguably the most interesting electoral contest in Turkey’s recent political history. On the campaign trail, both the Justice and Development Party (AK Party) government, which has been in charge for 17 years, and the opposition have done everything in their power to win.

The People’s Alliance argued that Turkey’s welfare depended on stability and its potential failure in the municipal election would encourage outside powers to get in the country’s way. Its campaign was firmly based on the question of national survival. The alliance told voters that the various forces that sought to put shackles on Turkey, including the terrorist organizations, the PKK and the Gülenıst Terror Group (FETÖ), had joined forces for this weekend’s election.

President Recep Tayyip Erdoğan went further and traveled around the country to tell the people about his movement’s track record. He also warned voters against potential threats and stressed that the People’s Alliance alone had the ability and willingness to solve pressing problems. Moreover, Erdoğan pledged to address the concerns of his movement’s alienated supporters and urged them not to answer the opposition’s call to “teach the government a lesson.” Instead, he asked voters to act with common sense to keep Turkey on the right track.

The Nation Alliance, in contrast, took bolder steps on the campaign trail in terms of not just rhetoric but also in their actions and affiliations. Opposition leaders refrained from invoking certain arguments that they preferred in previous elections, such as accusing Erdoğan of one-man rule. Instead, they urged voters to “teach the government a lesson.” In this regard, the Nation Alliance was preoccupied with Erdoğan’s perceived shortcomings rather than its own projects. It called on individual candidates to suppress their urge to “take revenge” and reached out to voters patiently. There were no mass rallies to showcase the opposition’s power either – mainly because they knew that they could not keep their angry supporters in line and out of fear that large crowds would intimidate the People’s Alliance’s base. Republican People’s Party (CHP) Chairman Kemal Kılıçdaroğlu went even further to announce that he would not call for early national elections if the Nation Alliance won the municipal elections.

In the end, however, the Nation Alliance could not hide its secret and multilayered agenda from the electorate. First, the Peoples’ Democratic Party (HDP) revealed its tacit support for the opposition. Kılıçdaroğlu sparked controversy several days later by claiming that the terrorist organization PKK’s Syrian branch, the People’s Protection Units (YPG), would not attack Turkey and described the Christchurch massacre in New Zealand as “terrorism emanating from the Islamic world.” Again, Good Party (İP) Chairwoman Meral Akşener referred to voters in Antalya as “terrorists” in a flippant use of the word and cozied up to FETÖ operatives by saying that the Turkish troops who joined the failed coup were behind bars. Worst of all, the Nation Alliance allegedly endorsed a total of 324 PKK members as local candidates around the country. Finally, Hüsamettin Cindoruk, a former speaker of Parliament, reiterated publicly an unadulterated version of what CHP candidates had been saying all along, “This is an election for parliamentary democracy, the Republic’s founding regime, to take revenge on the presidential system.” It is highly likely that the anger, which the Nation Alliance has been pushing down on the campaign trail, will be unleashed the morning after Sunday’s election if the opposition succeeds.
My sense is that undecided voters will remember the AK Party’s track record and Erdoğan’s significance for Turkey before casting their votes. They will also recall the opposition’s secretive campaign strategy and where the PKK and FETÖ stand.

Turkish people's expectations from Ankara
Next
Loading...
Loading...
We use cookies to ensure that we give you the best experience on our website. If you continue to use this site we will assume that you are happy with it.Ok