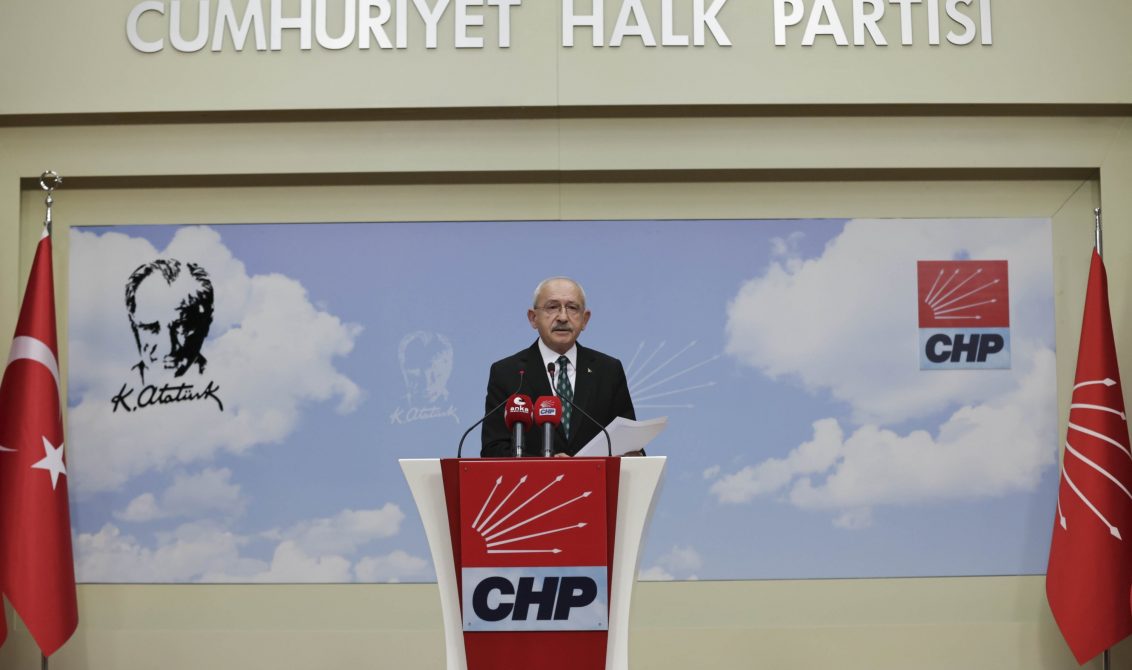 The ruling AK Party is still miles ahead of the main opposition leader's new, reactionary discourse

The debate over main opposition Republican People’s Party (CHP) Chairperson Kemal Kılıçdaroğlu’s call to “heal wounds and make amends” rages on. The CHP chairperson losing control of that conversation, which evolved into a broader line of questioning, is a welcome development. However, Kılıçdaroğlu’s intention to reach out to various voter blocs is part and parcel of politics.

In this regard, it doesn’t matter whether his call was a tactical move or part of some strategy. What actually matters is the content, vision and whether he can sell voters on the platform. Despite its ambitions, the opposition’s main shortcomings are its lack of a vision for governing Turkey after the 2023 elections and its inability to form a meaningful political bloc. That policy-less state, which seems to limit opposition to populist pledges, keeps getting swept under the rug with the help of ambiguous discourse.

As such, one cannot help but wonder whether the main opposition leader, who managed to make headlines with his call to “make amends” lifted from the ruling Justice and Development Party’s (AK Party) discourse, managed to form a vision with nationwide appeal? My answer is still no. At this time, the CHP remains unable to present the Turkish people with a plan or vision that will enable six different parties to govern the country together.

At the same time, Kılıçdaroğlu sticks to reactionary discourse to signal that he won’t go after the current ruling elite. Yet he cannot substantiate that promise, instead repeating that there will be “no reversal of rights and liberties.” Here’s what I mean specifically: The AK Party offered some degree of closure and made amends with social groups that the main opposition leader recently identified as aggrieved communities – the victims of Feb. 28, the Kurds, Roma community, Alevis and non-Muslims. A series of initiatives and reforms resulted in a considerable degree of democratization. What specifically does Kılıçdaroğlu promise to those groups, on top of what has already been done? Is this just a PR stunt to rid his party of its controversial past?

What about the ‘hijab’?

It was the AK Party that repaired the damage that the Kemalist approach to secularism had inflicted on religious citizens. What does Kılıçdaroğlu offer to women, who cover their heads, that they could not attain under the AK Party? Is it enough for him to say that there will be a hijabi minister in his future cabinet, provided that countless such women have occupied Cabinet posts in recent years? In this sense, the main opposition leader merely promises that women with headscarves will still be able to serve as cabinet ministers and there won’t be any reversal in that regard. Shall Turkey’s conservatives and religious citizens, who transformed the country over the last two decades, “make amends” by handing over political power in exchange for Kılıçdaroğlu’s pledge not to take away their rights?

Let me ask again: What liberating steps will the main opposition party take for hijabi women, Kurds, Alevis or non-Muslims that the AK Party has not already taken? Kılıçdaroğlu offers no answers in his public statements. Instead, he limits himself to saying that “we must recognize their plight, understand their problems, and build the future together to prevent such suffering in the future.” Yet Turkey has already crossed that threshold. Is it enough to say that there won’t be a reversal of rights and liberties to build the future?

Another important question is whether Kılıçdaroğlu personally, or his party, are willing to confront their own past when it’s time to “make amends” with women who cover their heads – whom he identified as an aggrieved group. Let us recall that Kılıçdaroğlu, in his capacity as minority whip, was among the CHP parliamentarians who petitioned the Constitutional Court in 2008 to do away with a piece of legislation that abolished the controversial headscarf ban on college campuses. Have we forgotten how the Republican rallies of 2007, the 2008 closure case against the AK Party or the Gezi Park revolts of 2013 fueled polarization in Turkey? Will Kılıçdaroğlu apologize for saying that July 15, 2016, was a “controlled” coup? The answers to those questions are directly related to the CHP’s own claim that they will promote love and end polarization. Let us not forget that the main opposition party’s harsh language contributed greatly to polarization in recent years.

As mentioned in the past, the CHP has not actually confronted the “deep secularist anger” among its ranks. It merely swept it under the rug. Indeed, even the Peoples’ Democratic Party (HDP) refuses to settle for “making amends” and demands “confrontation to eliminate all grievances.”

One more question: How does the fight against terrorist groups like the Gülenist Terror Group (FETÖ) and the PKK fit into the CHP’s plan to “make amends”?

To conclude, some may claim that Kılıçdaroğlu’s calls for “making amends” demonstrate his capacity to govern Turkey. Yet the AK Party is still miles ahead of that merely reactionary discourse.

How is the new era for Turkey and UAE?
Previous

Questioning normalization with the United Arab Emirates
Next
Loading...
Loading...
We use cookies to ensure that we give you the best experience on our website. If you continue to use this site we will assume that you are happy with it.Ok