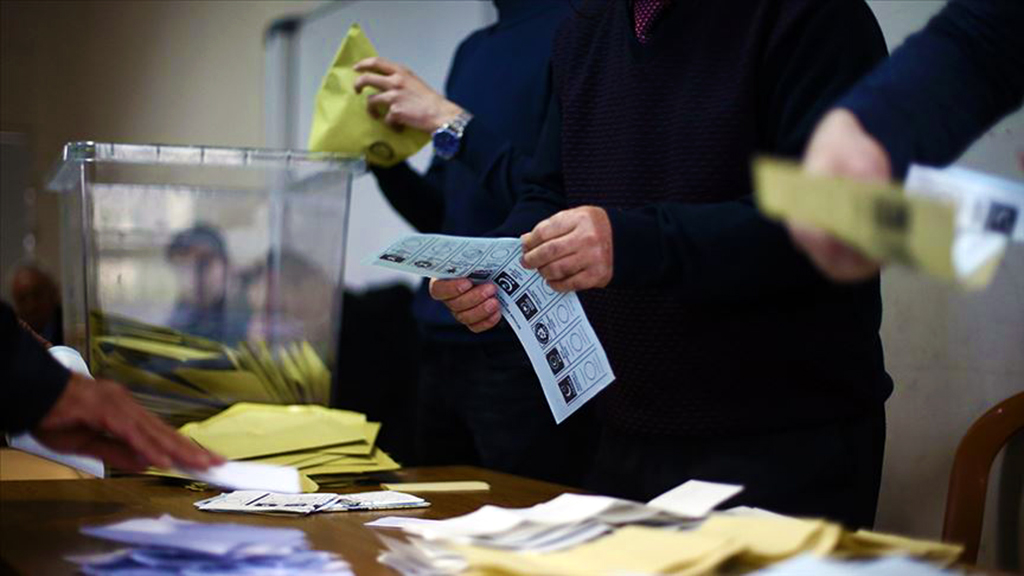 On March 31, Turkey held local elections in a transparent manner that reflect its democratic maturity. The results showed that voters gave different messages to both the ruling Justice and Development Party (AK Party) and the main opposition Republican People's Party (CHP).

On March 31, Turkey held local elections in a transparent manner that reflect its democratic maturity. The results showed that voters gave different messages to both the ruling Justice and Development Party (AK Party) and the main opposition Republican People’s Party (CHP).

The AK Party and the Nationalist Movement Party (MHP), which formed an alliance for the elections, received 52 percent of the vote in total, thus both strengthening its legitimacy and reasserting its self-confidence. Their vote share was very close to their combined vote share in the presidential elections on June 24, 2018, which meant a quite positive picture for the AK Party and MHP alike.

On the other hand, the main opposition CHP and the Good Party (İP), which formed a formal alliance for the elections, were rewarded by voters with some metropolitan municipalities. It must be added that the Felicity Party (SP) and the Peoples’ Democratic Party (HDP) supported these two parties – although not officially – from outside.

As a result of their formal and informal alliances, these four parties won municipalities in cities like Ankara, the capital, Adana, Mersin, Hatay, Antalya and İzmir. New CHP mayors took office after March 31, as they received their official mandates from the Supreme Election Council (YSK) by completing the necessary procedures.

However, a new process began regarding the Istanbul mayoral elections under the arbitration of the YSK. According to the statements made on the night of March 31, CHP candidate Ekrem İmamoğlu led AK Party candidate Binali Yıldırım by around 29,000 votes. But allegations of irregularities raised on the very night of elections over the Istanbul vote disturbed the public conscience. So, the AK Party and the MHP submitted the required objections over the Istanbul results, first to the provincial election board and then to the YSK.

After receiving the objections, the YSK conducted evaluations on the count of invalid votes, allegations about voting by ineligible voters, discrepancies in tally sheets and the unlawful appointment of ballot committee members and chairs.

As a partial recount conducted during this process brought the difference in votes from 29,000 to 13,000, which is against the natural flow of life, question marks have grown larger. That’s because a change in results in such a recount is usually very small. Moreover, though the AK Party made an appeal to recount all ballot boxes, the YSK allowed a recount in just 10 percent of the 32,000 ballot boxes. If all the ballot boxes had been recounted after the application of AK Party, a more accurate picture would have emerged. But the related institutions rejected the appeal.

As a result, following a routine process involving the examination of evidence presented combined with an extraordinary appeal by the AK Party for a repeat of the elections, the YSK delivered its final verdict on May 6 and announced that the vote in Istanbul will be rerun on June 23. It was stated that the decision was passed by a majority vote, with seven members voting in favor and four against.

Although the board has yet to publish a detailed explanation for its decision, statements following the “vote rerun” focused on several points. These can be summed up as follows:

The unlawful assignment of nearly 20,000 people as ballot committee members and chairs, 5,388 unsealed tally sheets, 694 unsigned tally sheets, 214 completely blank tally sheets, 498 not properly filled in, 919 tally sheets lacking figures and 135 having numerical discrepancies. Some tally sheets were lost and hence entered into the YSK system as blank, 101 ballot boxes were presided over by unlawfully assigned ballot committee members and the tally sheets were entered into the system unsigned, unsealed and with missing data. When we look at these proven allegations, we see that the YSK’s decision is quite appropriate for appeasing the public’s conscience. All parties must prepare for the new election in compliance with that decision and seek to obtain a result that does not raise any doubts. If the YSK had not canceled the vote despite all this evidence, it would have been very difficult for the CHP’s candidate to govern the city for the next five years.

Objecting to results is normal

On the other hand, since it is a legally recognized right in Turkey, objecting election results is actually a part of the process. That’s why other parties have also objected to election results not only in Istanbul but also in different provinces and districts, with the intention of removing doubt.

As reruns of elections in a province or district is nothing new either in Turkey or the world, the YSK’s decision, which was made by jurists after meticulous and long consideration, should be viewed with democratic maturity as required by democracy.

Before the YSK’s verdict, President Recep Tayyip Erdoğan, MHP leader Devlet Bahçeli and the AK Party’s candidate Binali Yıldırım have all declared that they will accept and respect the final decision regardless of the outcome. Additionally, they all emphasized that what matters is to seek legal rights within the bounds of law and that the appeals lodged have taken place in this context, indicating that our democracy is functioning.

However, remarks from the CHP side were the exact opposite. CHP Deputy Group Chair Engin Altay threatened YSK members a few days before the announcement of the verdict, saying, “If you cancel the elections, people will not let you walk in Kızılay and spit on your face.” Similarly, CHP leader Kemal Kılıçdaroğlu has continuously urged the YSK to give the mandate to the CHP’s candidate. Following the YSK’s decision to cancel and renew the Istanbul elections, Kılıçdaroğlu raised the level of criticism to a new pitch and described the YSK judges who voted in favor of the annulment of the Istanbul elections as a “gang.” From the beginning of the YSK process, however, the AK Party and the MHP have made statements in line with democratic maturity, expressing that the final decision will be respected regardless of the outcome. But there was an unusual atmosphere of anger and threat at the CHP, which seems to be increasingly continuing after the YSK’s decision. Whereas such a radical stance on that process, which followed its normal course fully within the bounds of law, is not compatible with democracy. And the language of threat employed has a quite negative impact on the public.

If the YSK members were biased, as the CHP and its allies claim, similar situations would occur also in other cities that switched from the AK Party to the CHP. But no such thing happened as an objection process ensued in Istanbul only, in line with the relevant legislation regarding objections to election results. In this sense, the revote in Istanbul on June 23 is important in terms of removing the stains on the ballot boxes and the doubts about vote theft. It is a step meant to strengthen democracy and cleanse the blemished vote.

Moscow follows wait and see policy on US-Iran tensions
Next
Loading...
Loading...
We use cookies to ensure that we give you the best experience on our website. If you continue to use this site we will assume that you are happy with it.Ok