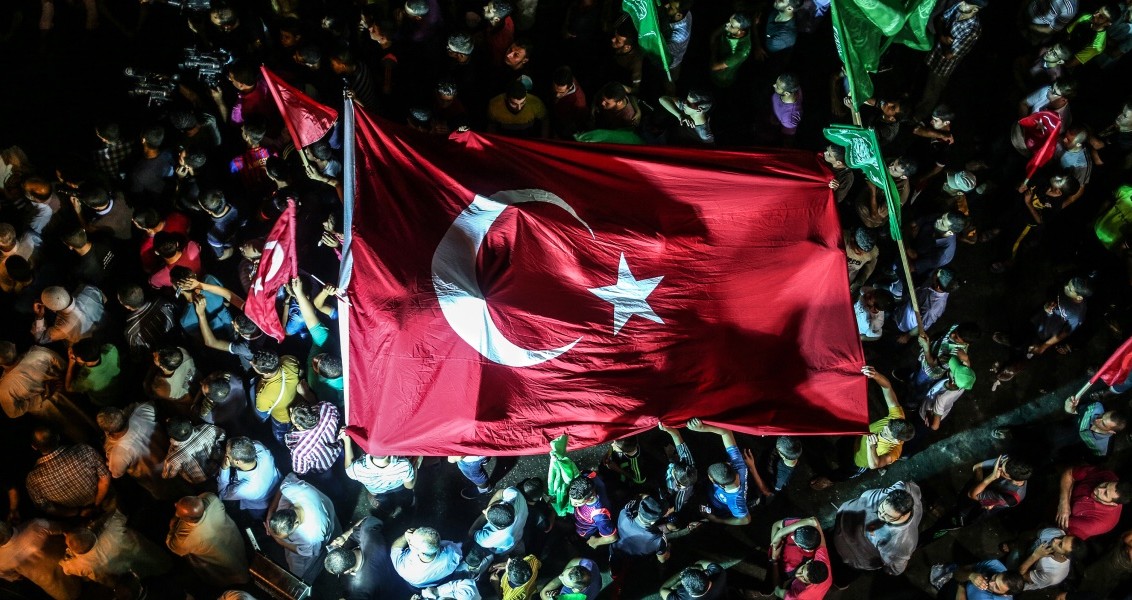 July 15 Marks the Birth of a Brand New Period

That night, the turbulence we have been experiencing for the last three years climbed to its peak. We have entered a period in which the consolidation of our democracy cannot be revoked

On Friday night, Turkey bore witness to a coup attempt plotted by the Gülenist terror organization (FETÖ). The coup attempters, who seized control of some critical institutions and spots in Istanbul and Ankara by force of arms, were repelled thanks to the people’s democratic reflexes and President Recep Tayyip Erdoğan’s leadership.

The efforts exerted by the Police Department and the National Intelligence Organization (MİT) played a crucial role in quelling the insurrection in a context where a considerable part of the army did not support the anti-coup struggle.

We have seen many stories covered by the media that portrayed the heroism displayed by our people while warding off the coup.

Our courageous people, who defended our democracy by standing up against the tanks, while their bodies were targeted by bullets, have been recorded in the glorious pages of our history. The democratic reaction shown by all societal segments has constructed a myth and demonstrated how strong and developed the political consciousness of our nation is.

I bore witness to the determination of honorable people who marched towards the Bosporus Bridge despite deadly gunfire from tanks. We have obtained a lot of technical data explaining the reasons for the coup attempters’ failure. However, the main reason for their failure was their inability and incompetence in analyzing Turkish politics.

They did not predict that the Turkish people would strongly embrace the statesmen they elected, their institutions, their future and more importantly their homeland. The Turkish people protected their willpower with their reactions on that night, proving that only they can change the ruling power in the country.

The dissent toward Erdoğan, which has been consumed by opposition groups for a while, was the main factor that misled the coup attempters. They exaggerated the effect of this factor and were caught by its illusion. They assumed that the Justice and Development Party (AK Party) dissidents would unite for the coup.

They hoped they would meet overt or covert support of various societal segments if they could form a dissident alliance with the army. They thought secular, leftist, nationalist or Alevi citizens would take to the streets to support the coup. FETÖ members underestimated the difference between providing capital to opponents and forming an alliance for a coup led by them.

They ignored the political consciousness of AK Party proponents, ignored what they learned from the Feb. 28 process, the 2007 memorandum and the Dec. 17 judicial coup attempt. This fault represents an irrational mindset that valorizes its own role to an almost messianic degree.

With its pluralism, level of development and dynamism above all, today’s Turkey is in a sophisticated position that cannot be ruled by a coup regime. In this regard, the main aspects that prevented the coup are the foresight of political institutions, media and civil society and the common sense of the people, who know very well that a coup can only bring chaos and civil war.

I can refer to that as the “profound Turkish perception,” which is cognizant of the importance of stability and peace. Ideological conflicts aside, everyone would be disadvantaged in a possible coup scenario. The tanks blocking the bridges demonstrated how all colors of life would fade in the face of a coup.

The tanks on the bridges symbolize the transformation we went through on July 15 and mark a brand new period. For this reason, it can be said that the night of July 15 sets a milestone, the beginning of a new phase.

That night, the turbulence we have been experiencing for the last three years climbed to its peak. We have entered a period in which the consolidation of our democracy cannot be revoked. The coup attempt, which has been an ace in the hole against the democratically elected government, was organized as a kamikaze attack by FETÖ and failed. The following period will not just consist of the cleansing of the parallel structure that had infiltrated state institutions.

This insurrection must be marked as the last attempt in coup history by penalizing those responsible for the turmoil. We must introduce a new process in which the pro-coup tendencies in the army are completely eradicated and a new social contract is created.

People must be alert for those that might waste the process with concerns that “it would favor Erdoğan” and for international campaigns motivated to restrict Turkey.

Turkeys Stillborn Junta Coup Attempt: Process, Responses And Prospects
Next
Loading...
Loading...
We use cookies to ensure that we give you the best experience on our website. If you continue to use this site we will assume that you are happy with it.Ok