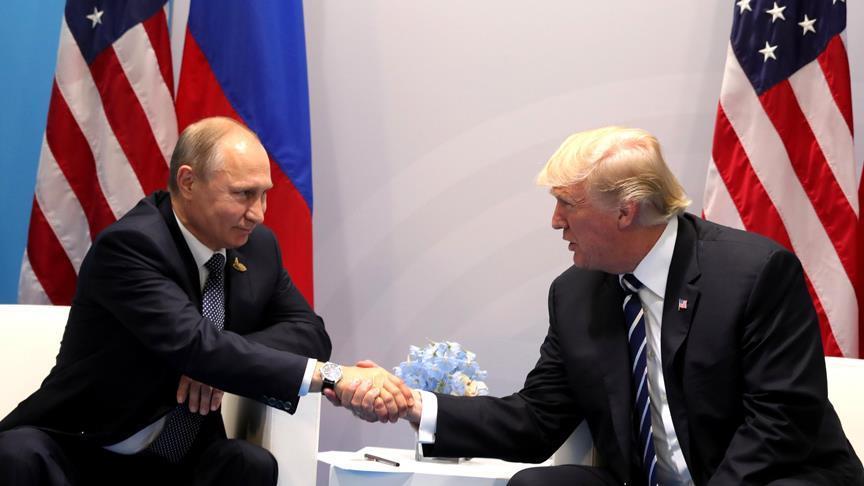 Donald Trump's Jerusalem move made the situation in the Middle East even worse. Without east Jerusalem, there can be no two-state solution.

Earlier this week, Russian President Vladimir Putin visited the Turkish capital Ankara to discuss the Jerusalem crisis and the most recent developments in Syria. The fact that President Recep Tayyip Erdoğan and his Russian counterpart held their tenth meeting since the downing of a Russian warplane is not just a sign of improving bilateral relations. At the same time, the dialogue between Moscow and Ankara indicates that the regional balance of power is changing. Like his predecessor, U.S. President Donald Trump has been taking steps in the Middle East that give the Russians more room for diplomatic and political maneuvering. In this sense, Washington’s recognition of Jerusalem as the capital of Israel presented Mr. Putin an opportunity to strengthen his influence over the Islamic world.

The Russian president’s visit took place just two days before an extraordinary meeting of the Organization of Islamic Cooperation in Istanbul, where Mr. Erdoğan – as the organization’s rotating president – addressed Muslim leaders on Wednesday. Ironically, Mr. Trump’s unpopular decision, which sparked outrage among Arabs, made it possible for Moscow to maintain its relationship with Israel and play a more active role in the Palestinian dispute. At this point, Mr. Putin could easily install himself as a neutral mediator and have the Israelis roll out the red carpet for him.

U.S. presidents have a tendency to empower other global and regional powers, which they would like to contain, in the Middle East. The invasion of Iraq in 2003 made it possible for Iran to increase its influence. Again, the Russians scored valuable points in the Middle East since 2015, when the Obama administration falsely believed that Moscow would end up stuck in the Syrian quagmire, and brought together Iran and Turkey to resolve the crisis. As a matter of fact, the Russians have been so successful in the fight against Daesh that Mr. Putin announced that he had withdrawn Russian troops from Syria before his Turkey visit.

According to Harvard political scientist Stephen Walt, this is not the first time that the United States empowered countries like Russia, China and Iran. This problem, he argues, stems from the fact that U.S. foreign-policy elites tend to forget the “balance of power” – a key concept contained even in the introduction to international relations courses in college. Recalling that the U.S. often accounts for the policy of other states with reference to internal characteristics, such as leaders’ personalities, their political and economic system or their ruling ideology, Walt warns that external circumstances, including the threats those countries face, are actually more important.

At a time when the United States is trying to transform its global role, American policy elites have been making costly mistakes. In recent months, the Trump administration’s adherence to unilateralism and overall lack of control created valuable opportunities for Zionists and Evangelists. Meanwhile, U.S. media has been complaining about Russian and Chinese interference in American politics and elections.

It is interesting, to say the least, that the people who talked Mr. Trump into making his controversial Jerusalem move were tied to Israeli Prime Minister Benjamin Netanyahu. The same people seem to believe that they could launch a new peace process by getting Saudi Arabia and Egypt on board. Sadly enough, they are also convinced that Mr. Trump could dictate his terms by giving Israel a head-start. In the end, the Trump administration’s Jerusalem move only served to convince Mr. Netanyahu that the city should serve as the “united capital” of Israel. He was therefore overjoyed as he declared that the Palestinians had no choice but to come to terms with the facts.

The Middle East peace process has officially been sacrificed to Mr. Netahyahu’s ultra-nationalist agenda. To understand how this mentality could put Israel’s future at risk, it would be enough to take a glance at an op-ed published by the former Israeli Prime Minister Ehud Barak, where he warns that Israel’s government followed irrational and messianic policies to annex the West Bank to further the “one-state solution.” “It will inevitably turn Israel into a state that is neither Jewish nor democratic,” Mr. Barak adds.

Donald Trump’s Jerusalem move made the situation in the Middle East even worse. Without east Jerusalem, there can be no two-state solution. In other words, he just signed off on the one-state solution – the creation of Greater Israel. Ironically, the “one state,” the majority of whose citizens will be Palestinians, could present an existential threat to the Zionist project. At the same time, it will give more power to countries like Russia and Iran over Middle Eastern affairs.

Trump drives US into corner with Jerusalem decision
Previous

Will new security strategy make US more isolated?
Next
Loading...
Loading...
We use cookies to ensure that we give you the best experience on our website. If you continue to use this site we will assume that you are happy with it.Ok