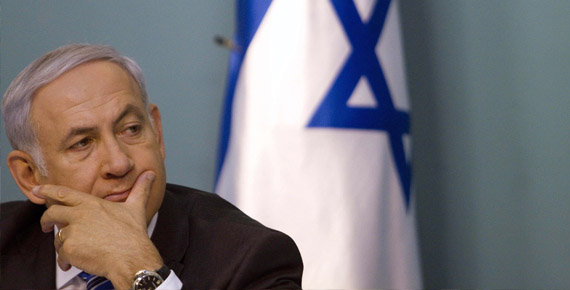 In addition to a big plus in the diplomatic success column of Turkey, for the sake of being realistic however, the structural issues such as the Turkish-Israeli conflict over the regional vision and the Israeli-Palestinian conflict, etc. should be taken into consideration.

Silence in the Turkish-Israeli diplomatic relations was broken when an announcement of apology came from Washington on the evening of Friday, March 22. After three years, Israel was finally able to apologize to the Turkish Government, as if it was waiting for the President of the United States Barack Obama’s visit to Israel to do it. Upon Obama’s request, Israeli Prime Minister Benjamin Netanyahu called his Turkish counterpart Recep Tayyip Erdoğan and stated that they were ready to meet Turkey’s three demands. Erdoğan had previously conveyed the message that Turkey had “nothing to talk about” unless Israel fulfills Turkey’s demands. This time, however, Turkish Prime Minister gave a green light to normalization in Turkish-Israeli relations in conjunction with an Israeli commitment to meeting the demands of Turkey.

The Mavi Marmara attack remains a clear-cut crime today, as it was a crime three years ago as well. Therefore, one of the most crucial questions that needs an answer at this point is, “why did Israel have to wait for three years for an apology?” Beside the fact that Israel is not a “normal” state and that although it approached Turkey many times before with the request to normalize bilateral relations; first Netanyahu’s diminishing popularity during the social justice protests and then the discussions developing around the Tal Law, and finally the election process had prevented Israel from taking this step. Since Israel’s perception of crime and punishment has not changed, it is possible to claim that what changed here were internal dynamics of Israel as well as the regional dynamics. After the elections, Israel formed a government that can bring stability as long as they do not fall prey to personal egos. As the extremist rightists and racists in the new Israeli government send “signals of anxiety” to the international community, it was necessary for the administration to win approval of the West upon which Israel depends both politically and financially. The Netanyahu government, having no inclination towards taking quick and constructive steps for the solution of the Israeli-Palestinian conflict, apologized to Turkey in order to show that they were “peaceful.” For Israel, it was a strategically necessary step and was useful for polishing its image for political publicity.

CHANGES IN THE REGION MADE THE APOLOGY POSSIBLE

Changes in the region, as well, carried Israel to the point of apology. A changing Egypt trying to break apart from the regional system upon which Israel leans, uncertainty about the post-Baath term for Israel and for the Baath regime in Syria which is counting its days, the authoritarian systems shaken by the Arab Spring, the Gaza attacks ending with total fiasco, and in the meantime a Turkey growing both physically and politically in the region… Yet an Israel alone in the region; an Israel that lost Turkey to erroneous moves, which we could date back to the days of the Feb 28, 1997 post-modern coup, although Turkey would be the only country that it could have meaningful relations with if it were to decide one day to become a Middle Eastern country and start living in the region mentally as well.

Let’s not forget that the normalization in Turkish-Israeli relations will not mean a cozying-up of relations or even intertwining in the sense of how they were during the days of the Feb. 28, 1997 process. For instance, Israeli army officials will not be able to take free-walks in the hallways of the Turkish General Staff building. The bilateral relations were at a breaking-point even before the Mavi Marmara attack. The Mavi Marmara happened to be the last move to break the ties. Therefore, the apology, in the short-run, will only take the Turkish-Israeli relations to where they were the day before the Mavi Marmara attack. If Israel wants to take the relations to the point where they were before the Gaza attack in 2008, it should take notice that it has many mo

Myths and Clichés in the PKK Debate
Previous

Newroz and the New Paradigm
Next
Loading...
Loading...
We use cookies to ensure that we give you the best experience on our website. If you continue to use this site we will assume that you are happy with it.Ok