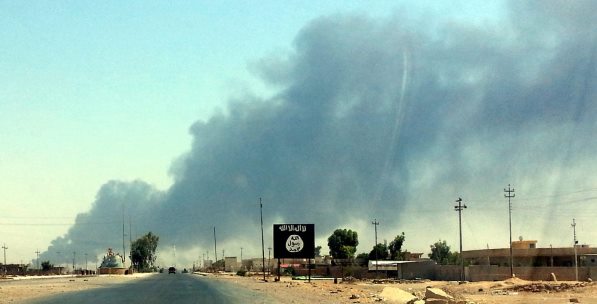 ISIS and the Geopolitics of Iraqi Oil

No need to say that this will create a substantial additional bill for energy-dependent countries like Turkey, and multi-pronged strategies shall be prepared beforehand to ensure energy security.

Following the false dawn after the Arab Spring which was sharply interrupted by the Syrian War, the Middle East is once again witnessing an escalation of violence and disintegration of a state in Iraq. Already a fragile state marred with sectarian and administrative tensions between the Shiite, Sunni and Kurdish elements following the U.S.-led invasion, Iraq now faces an existential threat from the upheaval triggered by the Islamic State in Iraq and al-Sham (ISIS). As a marginal paramilitary organization and former al-Qaeda offshoot that claims to be redrawing Middle Eastern borders in the “Bilad-Al Sham” area, the swift advance of ISIS and seizure major Iraqi cities, including Mosul, has profoundly transformed regional dynamics.

In Turkey debates about the advance of ISIS, as usual, became part of domestic political wrangling through unfair accusations against the government that it supported ISIS in Syria and failed to protect the Consulate General in Mosul from imminent capture. These superficial accusations do not even deserve a thorough rejection, but there is a more important geopolitical and geo-economic aspect to the spread of the ISIS phenomenon which concerns the future configuration of the Iraqi oil network.

Following long periods of war, sanctions and internal strife, Iraq’s oil production has dramatically increased in recent years and the country surpassed Iran as the second-largest producer of crude oil in OPEC in 2012. As the world’s fifth-largest proven reserves-holder currently producing at about 3.3 million barrels of oil a day, Iraq is one of the few places on earth with massive production expansion capacity. Given the exceptional attention that Iraq’s unexploited hydrocarbon reserves attract from global and regional powers, it was not surprising that the control of oil fields became a major issue in the latest confrontation involving ISIS, as it has always been the case throughout the modern history of the Middle East.

The recent outbreak of violence including ISIS’s takeover of Mosul, which became the strongest indication that the group passed from the phase of guerilla warfare to zone-control, sent global crude oil prices rising on speculation. However, as far as Turkey’s energy diplomacy and recent rapprochement with the Kurdish Regional Government (KRG) is concerned, the challenges created by the ISIS insurgency are even more serious. Turkey started a systematic “resolution process” aimed at democratic consolidation and expansion of the rights of the Kurdish population in the second half of the 2000s. An improvement of political and economic relations with the KRG has been one of the critical external anchors supporting this process. Largely as a result of this initiative, in 2013, Iraq became the second-largest export market of Turkey after Germany and improvements in bilateral trade relations were reflected in energy cooperation. The transfer of crude oil from Northern Iraq to global markets via Turkey started in May 2014 despite opposition by the central Iraqi government, representing the zenith of bilateral energy cooperation between Turkey and KRG.

As ISIS took control of Mosul and became a de facto neighboring actor of the KRG, it seems that the already complicated energy puzzle including KRG, the rapidly eroding Iraqi central government, multinational oil companies and Turkey as the potential transit route of northern oil is likely to include an unorthodox part in the form of ISIS. As things stand, the critical issue concerns whether ISIS will make a move on Kirkuk, the most important oil production and export hub in Northern Iraq, or select an alternative strategy. Recent news concerning ISIS attacks on Iraq’s largest petrol refinery in Baiji indicates that energy facilities across the country are potential targets. Afterward, if ISIS targets major oil fields around Basra, located between Iran and Kuwait, and cause a serious disruption in oil production, experts argue that this might potentially cause a $10 to $15 rise in global oil prices.

What Year Is This?
Previous

ISIS, Iraq and the US
Next
Loading...
Loading...
We use cookies to ensure that we give you the best experience on our website. If you continue to use this site we will assume that you are happy with it.Ok