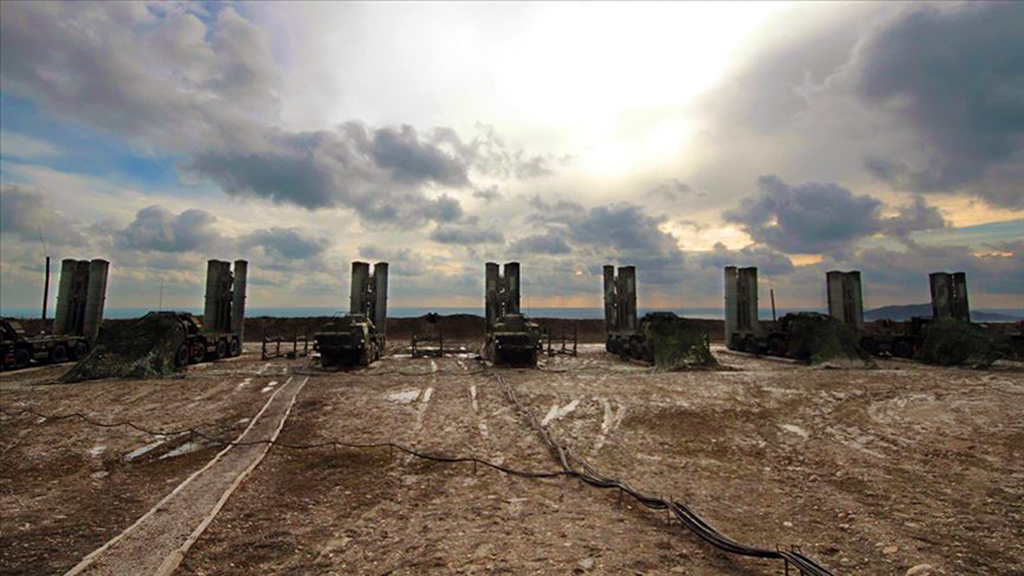 Turkish-American relations are strained again ahead of the delivery of S-400 air defense systems from Russia. In their Moscow meeting at the beginning of the week, President Recep Tayyip Erdoğan and Russian President Vladimir Putin confirmed the plan to deliver the first set of S-400 air defense systems to Turkey in early July. Official and unofficial voices from the U.S. responded to Turkey’s efforts to purchase military equipment from Russia by escalating the tension between the two countries. While the American side criticized Turkey for weakening NATO by buying S-400s, Jens Stoltenberg, the secretary-general of NATO, said the members of the alliance could improve their defense capabilities. Turkey has been threatened with sanctions in the previous two years, and it is being threatened again in the S-400 crisis.

The Turkish side is determined, with President Erdoğan saying: “The S-400 is a done deal. We cannot return.” Recently, four senators from the U.S. Senate Armed Services Committee and Senate Foreign Relations Committee wrote an article in The New York Times threatening Turkey.

U.S. senators, like many other American officials, repeated views similar to those that had been circulating on the subject for the last couple of months. They argue that the U.S. Congress might prohibit delivery of F-35 Joint Strike Fighters and other military equipment to Turkey if Turkey installs the S-400 missiles on its soil. Turkey is a partner in the F-35 project, and technically the S-400 missiles and F-35 planes are compatible. Washington wants to turn the subject into a political issue rather than approach it as a technical problem.

American officials have increased the intensity of the threats as delivery day approaches. U.S. Vice President Mike Pence mentioned similar criticism at the NATO summit organized to celebrate the 70th Anniversary of the alliance. Rather than appreciating Turkey’s contributions to NATO during a very turbulent era, American officials preferred to criticize Turkey, which has one of the strongest militaries in NATO.

There has been no genuine effort from the American side to understand why Turkey preferred the purchase of strategic military equipment in such turbulent times from Russia, rather than its NATO allies. The simple reason is that Turkey was unable to buy alternative equipment in a period of grave threat to Turkey. More importantly, Turkey’s feels genuinely threatened by the unusual steps that the U.S. has been taking in the Middle East and the North Africa (MENA) region in the last several years. In 2013, Turkey requested that its NATO allies deploy Patriot missiles to counter threats from Syria. Turkey’s NATO allies Germany and the Netherlands withdrew their Patriot missiles from Turkey in the beginning of 2016 due to political reasons. Turkey also requested to buy Patriot missiles from the U.S., but the American side did not come up with a credible financial and delivery plan. These developments were significant turning points that pushed Turkey to approach Russia to buy the air defense system.

Rather than helping Turkey deal with security threats emanating from Syria, Iraq and elsewhere, the U.S. further threatened Turkey by continuing to arm, equip and politically support terrorist organizations that threaten Turkey’s fundamental national security. The U.S. continues to support the Democratic Union Party (PYD) in Syria, despite Washington’s pledge to withdraw U.S. troops from Syria. American officials also try to prevent any efforts from the Turkish side to reduce unilateral dependency on the U.S. in the military and economic fields. Reducing dependency on other international actors in critical national security issues has been one of the fundamental priorities of Turkey in the last two decades. Many instances like the German and Dutch withdrawal of Patriot missiles or American arms embargoes have demonstrated the consistency of this policy.

U.S. senators, officials and analysts argue that Turkey’s choice is between the West and Russia, NATO and Russia, or the U.S. and Russia. For Turkey, the purchase of the S-400 missiles is just strategic arms procurement crucial for Turkey’s national security. Russian authorities also agreed to share some technology to develop missile defense systems and credit opportunities for Turkey in the sale of S-400’s, which makes the deal even more attractive for Turkey.

Washington has offered nothing to Ankara other than sanctions and threats in the last couple of years. For Turkey, nothing is worse than being dependent on an actor that consistently threatens its fundamental national security interests. The right approach for the U.S. is to build some trust and credibility rather than threaten its key NATO ally. American offers for economic, military and political issues would be more attractive if trust is re-established between the two crucial NATO allies.