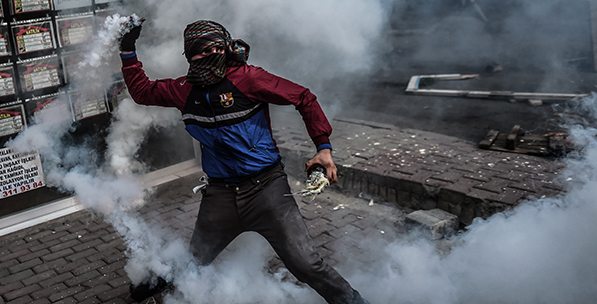 Is the perception of PKK changing in Turkey?

After realizing that joining the anti-Erdoğan bloc with opposition parties would legitimize its presence, the PKK, by doing so, created itself a very large and comfortable zone to easily terrorize

Turkey continues to be the target of ongoing PKK terror attacks. As a result of this new period, the PKK has caused the deaths of dozens of security personnel. The PKK’s bloody attacks are nothing the Turkish public is a stranger to; the Turkish state and public have been confronted with PKK terror since the mid-1980s. For this reason, the PKK has been viewed as an illegal terrorist organization for many years by a majority of the Turkish public. Until very recently, with the exception of political and media actors with organic ties to the PKK, all actors considered the PKK to be an enemy threatening public order. This situation continued throughout the reconciliation process to disarm the PKK initiated by the Justice and Development Party (AK Party) nearly three years ago. Opposition parties and their partisan media organs accused the AK Party administration of legitimizing the PKK. According to them, the PKK was just a terror organization that needed to be fought and destroyed.

However, once the PKK announced that it was ending the cease-fire with Ankara in early July and began its terror attacks once again, an interesting tableau appeared. The political actors and media outlets that had accused the AK Party of capitulating to the PKK throughout the reconciliation process changed tack and began blaming the AK Party and President Recep Tayyip Erdoğan while giving support, sometimes openly and sometimes covertly, to the PKK. The PKK found itself in a very large and comfortable place due to the anti-Erdoğan sentiments in Turkish politics.

This was not a coincidence on the part of the PKK, it was a strategy. Throughout the reconciliation process, two areas of opportunity appeared before the PKK. The first of these was the gains made by the PKK’s Syrian arm, the Democratic Union Party’s (PYD) armed People’s Protection Units (YPG), in the Syrian civil war. The regard and support given to the PYD and YPG as an ally in the fight against the Islamic State of Iraq and al-Sham (ISIS) as well as its declaration of autonomous cantons starting in January 2014 also gave the PKK a self-confidence boost in Turkey. The PKK also used the PYD cantons in Syria as areas of war to train its armed militants. Alongside this it used the Rojova autonomous administration as a tool to magnify radical Kurdish nationalist feelings in Turkey and to create an atmosphere of solidarity. The second opportunity that appeared before the PKK during the reconciliation process was through a development in Turkey’s domestic politics. The increase in anti-Erdoğan political feelings in the aftermath of the Gezi Park protests were read as an opportunity by the PKK. The PKK calculated that by joining the anti-Erdoğan political bloc it could make itself and the Peoples’ Democratic Party (HDP) grow and enlarge their area of dominance. The anti-Erdoğan political climate meant turning a blind eye to the PKK, which had declared war on Erdoğan and the AK Party, and even more that the PKK would be able to conduct its political communications and psychological warfare more successfully. Alongside this, the weakening of Erdoğan’s image as a trustworthy actor among the Kurdish public was also viewed as an opportunity by the HDP.In this environment, the PKK began its armed attacks after July 20. The PKK did not only limit itself to attacking soldiers and police, but also engaged in inciting the Kurdish public in the southeast to revolt against the state and declare self-rule. However, with the exception of its organized militants, the PKK has not been able to provoke the Kurdish public.

Throughout this period, the PKK continued to create political maneuvering space based on opposition to Erdoğan. In other words, the PKK arranged an impressive political comfort zone by using anti-Erdoğan sentiments. As a matter of fact, many political and media actors who until yesterday regarded the PKK as a bloody terrorist organization came together on the point of being against Erdoğan and began to blame not the PKK, which was actually firing the weapons and setti

An Open Letter to the Opposition
Previous