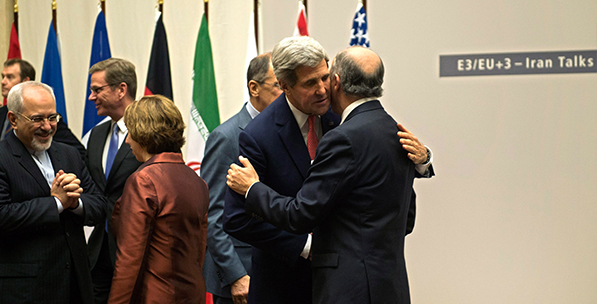 Is the Nuclear Deal with Iran Beginning of a New Period?

An agreement that included almost all of the terms in the recent deal had been signed among Turkey, Brazil and Iran in 2010.

Negotiations between the United Nations (UN) Security Council members; i.e., the US, Russia, China, Britain, France (P5) and Germany (+1), and Iran were concluded in an accord. Termed as “historic” by political circles and experts, the deal has once again brought to the agenda of the world’s public opinion that diplomacy still can achieve an outcome and that the risks that may arise from the use of hard power should be calculated very carefully. There are those who view the deal with Iran through the logic of winners and losers as there are those who look at it from the frame of how this agreement will be reflected on the behaviors of the sides and the regional politics from now on; and the latter is a unique approach.

IS THE ACCORD A HISTORIC SUCCESS?

It has been known that the relations between Iran and the dominant actors and institutions of the international community – except a few countries- have been broken since the 1979 Islamic Revolution in Iran. Although the need for a rapprochement has been voiced now and then, the resumption of diplomatic relations between the US, the West and Iran in particular has failed. It is also well-known that Iran has been kept outside of the international system due to its regional policies and severely criticized for its foreign policy on Israel, Iraq, Syria and Lebanon. Due to these frictions, whether or not Iran will develop its nuclear technology and use it for civilian or military purposes have always been a topic of discussion. With the contribution of Israel, a heavy cloud of suspicion was formed over Iran.

The deal signed between Iran and the P5+1 has without doubt a historic importance because Iran, which has not been treated as an addressee and could not be convinced until today, sat at the negotiation table and made a come-back to the international system as part of the solution not as part of the negotiation, or the problem. From this perspective, it is possible to say that the agreement is historic. However, a similar agreement, which had included almost all of the terms in this deal, had been signed between Turkey, Brazil and Iran in 2010. In other words, Turkey and Brazil had already made Iran accept the conditions set by the regional and global powers via the International Atomic Energy Agency. Those who were cool towards the agreement in 2010 and who vulgarly accused Turkey, refer to a similar accord today as “historic”; this is quite meaningful.

REVERBERATIONS OF THE NUCLEAR DEAL WITH IRAN

The nuclear deal signed between the P5+1 and Iran is declared as the victory of diplomacy. Reflections of the deal may be interpreted in three aspects:

The second is that, for the international community represented by the P5+1 and the US, in particular, Iran has been convinced without resorting to a war or violence, it has been bent and the risk of nuclear weapons production has been prevented –at least for now. The US and the West alliance withdrawing their military presence from Iraq and Afghanistan, and unwilling an intervention in Syria have paved the way to lead by means of a more effective method and politics, with the low cost for themselves in the region.

The deal rebuts the view of the withdrawal of the US and other big powers from the region and points out quite contrarily that they intervene in the region through a different method and an instrument. Israel and Saudi Arabia keep repeating that they are against the deal, which has already put their biggest rival in the region, Iran, on ease. One of t

Somalia: Water Runs, Turk Does!
Next
Loading...
Loading...
We use cookies to ensure that we give you the best experience on our website. If you continue to use this site we will assume that you are happy with it.Ok