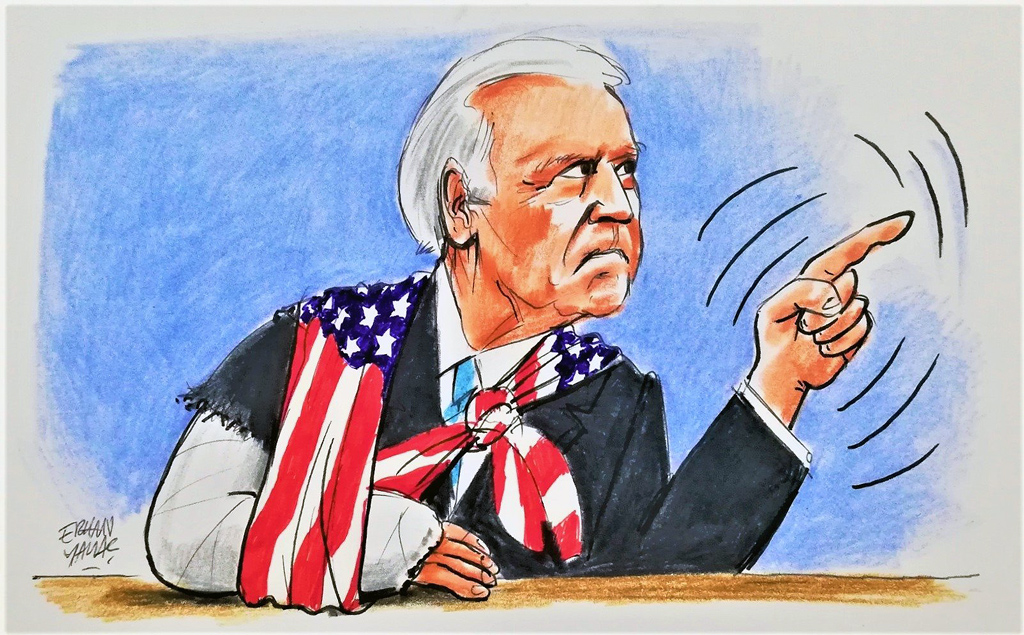 Is Joe Biden a perfect stranger to Turkey? Guess not!

For years now debate has raged in Washington, D.C., about anti-Americanism in Turkey. Various reports and analyses have pointed to it as the biggest spoiler of the bilateral relations between the two countries.

For years now debate has raged in Washington, D.C., about anti-Americanism in Turkey. Various reports and analyses have pointed to it as the biggest spoiler of the bilateral relations between the two countries.

The Turkish government led by the Justice and Development Party (AK Party) and its foreign policymakers have often been blamed for the propagation of this idea to the point that, in some instances, at even the governmental level, members of the U.S. administration have brought up the issue, asking the Turkish government to curb anti-Americanism in the country.

Seldom have analysts tried to understand the source of anti-Americanism in Turkey, however, or understand why the Turkish people have been so frustrated and disappointed about the United States. It is, in fact, not very difficult to answer these questions. Looking back on the attitude of some policymakers in the U.S. provides important insights into this question.

Presumptive Democratic nominee for president and former Vice President Joe Biden’s remarks about Turkey, made in December 2019, provide some answers to these questions. Biden in a meeting with a group of journalists commented about developments in regard to Turkey and Turkey’s relations with the U.S.

As if he was not a member of the administration that did so much harm to the Turkish-American relations, he criticized the Turkish government for a wide range of things, including Turkey’s purchase of S-400 missile systems, its activity in the Eastern Mediterranean and Ankara’s domestic politics, claiming he was “worried.” There is so much more in this conversation that is shocking, including his plan to defeat President Recep Tayyip Erdoğan by supporting opposition parties in Turkey.

His two-minute remarks about Turkey during this meeting offer ample reasons for the Turkish public to be angry toward the U.S.

The U.S. attitude during and in the aftermath of the July 15, 2016, coup attempt and U.S. support for the YPG/PKK terrorist group have already generated much frustration among the Turkish public and the Turkish government.

The attitude of the U.S. Congress and some sections of the U.S. military have started to be regarded as hostile. Now, after so much damage, Biden’s statement has added a new layer to this problem.

The U.S. presidential candidate even spoke about interfering with the Turkish election by supporting opposition parties in order to defeat Erdoğan. This will resonate badly with the Turkish public as not only an attempt to intervene in the domestic affairs of Turkey but also to change its government.

It is a direct attack not only on Erdoğan but also on the will of the people in Turkey, which Turkish people demonstrated their commitment to during their resistance to the July 15 coup attempt.

We all know that Biden is not a stranger to Turkey, and he mentioned this during his conversation with the journalists. He previously made a statement accusing Turkey of playing a role in the emergence of Daesh but later formally apologized for making those statements.

Later, when he visited Turkey following the July 15 coup attempt he offered another apology for not being with Turkey at the right time. He also called on YPG units to withdraw from the Syrian town of Manbij, or else, he said, the U.S. would stop all military aid to the group. Of course, following this statement, there was no major development in Manbij. The YPG continued its rule in the town for much longer.

All of those apologies and unkept promises have generated concerns in Turkey about the future of Turkish-American relations. Turkish people know that this will not provide any good for bilateral relations.

Erdoğan's politics and AK Party's story
Next
Loading...
Loading...
We use cookies to ensure that we give you the best experience on our website. If you continue to use this site we will assume that you are happy with it.Ok