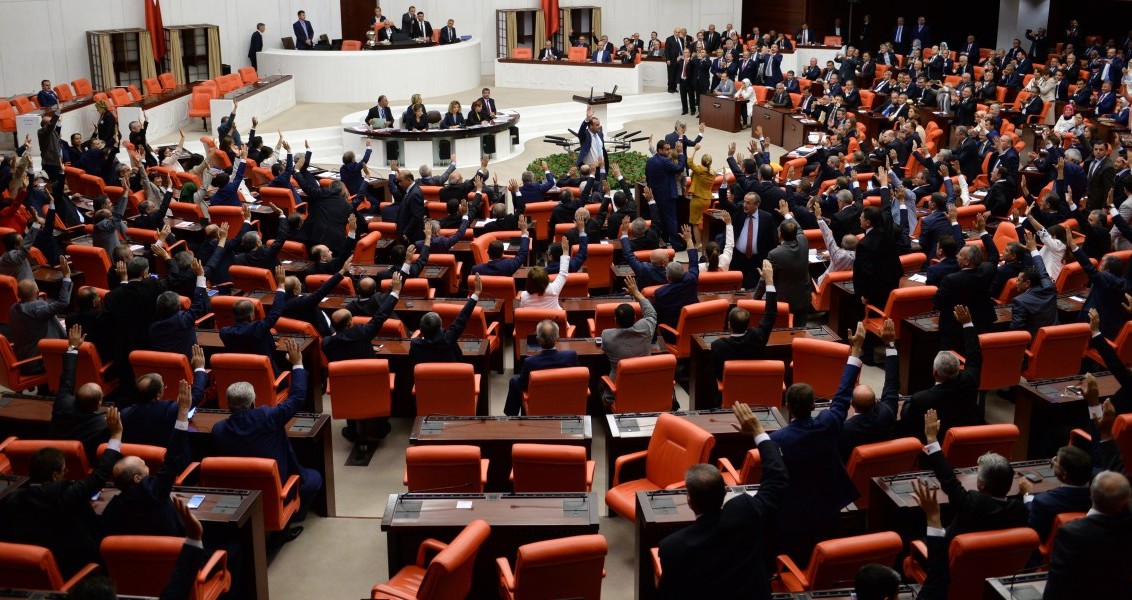 Is Another Regime Crisis Awaiting Turkey?

Turkey dealt with many regime crises up until around the 2010s. There are two factors at the heart of these regime crises. The first was the dogmatic nature of the official ideology ruling the state and the second was the presence of military tutelage strengthening itself through the coups it enacted every decade. This official ideology was based on an understanding of secularism predicated on the repression of the religious sectors of society, a statist philosophy that regarded the state as the center of everything, an approach that regarded Kemalism not as political doctrine but rather as large-scope modernization and a lifestyle, a Jacobean understanding of society and a nationalist perspective that did not accept any ethnicity other than the Turks. From the establishment of the Republic until the 2000s, conducting politics outside the lines drawn by the official ideology and organizing at the societal level was regarded as a threat to the regime. And every time a political actor that had the potential to successful oppose the official ideology, this was understood as a regime crisis and an attack on the secular Republican regime.

Another factor for the regime crises that occurred was the military coups and interventions. The military presented itself as the guardian of official Kemalist ideology and, through this occupation it gave itself, intervened in civilian politics whenever it saw fit. It carried out coups and memorandums with the explanation of saving the regime that was under threat.

The regime crisis discourse showed up a short period after the Justice and Development Party (AK Party) came to power in 2002. The regime crisis debates came to the fore especially in 2007 prior to the presidential election, and the AK Party presidential candidate, Abdullah Gül’s wife, Hayrünnisa Gül wearing a headscarf brought about the regime guards to once again start the crisis discourse. Barely a year after that, in March 2008, a case to close down the AK Party was brought on the grounds that it was a threat to the secular regime of the Republic. The AK Party, however, through the strong support it received from society and by taking successful strategic steps, did not allow the regime crisis discourse to shape politics.

Although the regime crisis discourse’s area of influence shrunk greatly after 2010, opposition parties are still unable to carry out debates on the administrative system and the Constitution in a manner independent of this discourse. This in turn prevents the appearance of a relationship with dialogue among the political parties.

Erdoğan proposed both before and after he arrived in the presidency that the administrative system crisis in Turkey can be overcome by transitioning to a presidential system. He and the AK Party have defended the presidential system due to its capacity for speedy decision taking and execution, its possibility for political stability, the election of the president by the people and the creation of a system of checks and balances in the legislative, executive and judiciary branches. Erdoğan and Prime Minister Ahmet Davutoğlu have called on all people to join the presidential system debates after the Nov. 1 elections.

Unfortunately, during this process the opposition parties have chosen to criminalize the very debate itself. They have attempted to connect the presidential system with Erdoğan’s desire for authoritarianism and, by ignoring the principle of checks and balances, which is the strongest point of the presidential system, have attempted to work in the regime crisis discourse once again.

Turkey has to solve the administrative system crisis facing it in order to be able to surmount its domestic problems and be effective in its region by forming socio-economic and socio-cultural integration belts. What falls to all of the actors on the political stage is to not criminalize this debate, but rather enrich it, and for each and every actor to openly and clearly share their own suggestions with the public.

"EU Fund for Syrians in Turkey Not Even Enough for Their Education Needs"
Next
Loading...
Loading...
We use cookies to ensure that we give you the best experience on our website. If you continue to use this site we will assume that you are happy with it.Ok