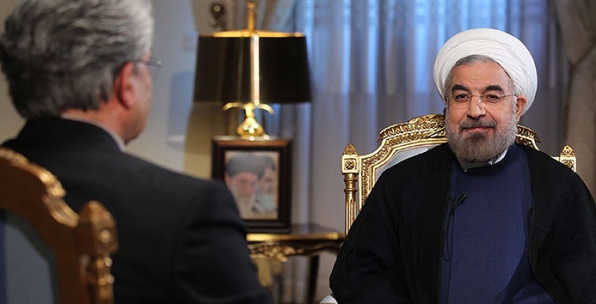 If Iran under Rouhanis leadership adopts a foreign policy based on less defiance and more cooperation, it can contribute to Turkeys regional vision that prioritizes stability and peace.

The Iranian President Hassan Rouhani’s moderate messages regarding the nuclear crisis and resolution of the Syrian issue created an optimistic atmosphere in Washington. The Iranian Supreme leader Khamenei seems to have vetoed a possible meeting, even a brief one, between the two leaders at the United Nations (UN) General Assembly meeting. It is indisputable that the Supreme Leader is the final authority in the country over both the nuclear issue and Syria; however, Khamenei’s signals that he might soften his position on the nuclear issue seem to have raised the expectations.

Following the announcement that Obama and Rouhani exchanged letters, Rouhani called for dialogue with the US in his op-ed published in Washington Post. Iran seems willing to pursue a new opening in the upcoming period to reduce international pressure and relieve sanctions. In his article, Rouhani virtually said everything that the Obama administration would have liked to hear and reiterated that Iran is absolutely not in pursuit of nuclear weapons. Iranian experts and the administration are cautious to avoid raising expectations. Nevertheless, it is significant that Rouhani, who kept giving positive messages prior to the UNGA, appears to have Khamenei’s support.

In 2008, Obama won the presidency with an anti-war election platform and announced that he would hold talks with Iran without preconditions. Khamenei revealed Obama’s secret letter following his presidential victory, arguing that Iran would judge the US by its actions not words. The Obama administration and especially the foreign policy hawks considered Khamenei’s move an unacceptable humiliation. The incident dashed the hopes of a diplomatic opening between the two countries, followed by the violent suppression of the Iranian Green Movement in the wake of Mahmoud Ahmadinejad’s reelection in 2009. Washington hawks criticized the Obama administration for not supporting the Iranian opposition and, more importantly, this created yet another serious obstacle to direct negotiations with Iran.

When Iran was not fully transparent with the International Atomic Energy Agency (IAEA) and failed to address the concerns of the international community about its nuclear program, the Obama administration decided to impose sanctions on Iran. In May 2010, Iran signed an agreement – brokered by Turkey and Brazil –accepting, for the first time, restrictions over its nuclear program. However, the Obama administration rejected the Tehran Declaration on the grounds that it was problematic in terms of timing and content. The agreement could have served as a first step in resolving Iran’s nuclear issue but it proved to be yet another missed opportunity.

When the US bilateral sanctions were combined with the international sanctions that the US convinced Russia and China to impose, Iran’s economy severely deteriorated. While struggling with high inflation and economic instability at home, Iran continued to financially support the Assad regime in Syria and challenge the US in the region. Iran’s support for Assad also led to the souring of relations with Turkey. It seems inevitable that Iran under the leadership of Rouhani will adopt a different foreign policy. It is quite natural that Rouhani – known for his close relationship with Rafsanjani – should adopt a more pragmatic and conciliatory foreign policy in order to give the Iranian economy a break.

The fact that Obama wants to avoid any serious costs in the Middle East and stay clear of military intervention in Iran or Syria indicates that Rouhani’s recent calls for dialogue might be heeded. When diplomacy has setbacks, hawks on both sides will likely make things difficult for the two administrations. Thus, we should avoid being overly optimistic but if Iran distances itself from a foreign policy based primarily on challenging the US, this could help the region stay away from sectarian polarization and conflict.

Inviting Iran to the Geneva

Democratization and the Kurdish Political Movement
Next
Loading...
Loading...
We use cookies to ensure that we give you the best experience on our website. If you continue to use this site we will assume that you are happy with it.Ok