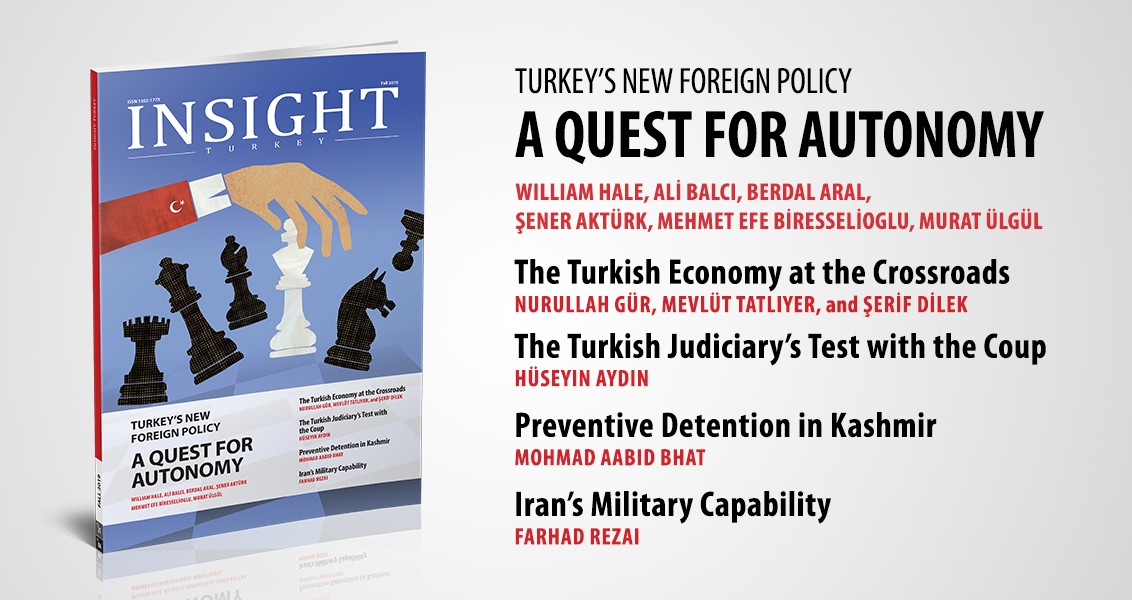 Insight Turkey, one of the leading academic journals in Turkey, in its latest issue entitled as “Turkey’s New Foreign Policy: A Quest for Autonomy,” resonates on the importance of Turkey’s increasing role and effectiveness in the international realm.

Insight Turkey, one of the leading academic journals in Turkey, in its latest issue entitled as “Turkey’s New Foreign Policy: A Quest for Autonomy,” resonates on the importance of Turkey’s increasing role and effectiveness in the international realm.

In the commentaries section of the journal, Ali Balcı analyzes the relationship and crises between the U.S. and Turkey and how they maneuver through conflicting interests. William Hale then shifts into the subject of the Syrian war discussing Turkey’s challenge with pursuing its own course while maintaining a balance between U.S. and Russia’s incentives. Hüseyin Aydın undertakes a difficult responsibility by exploring the judicial process during the post-coup attempt period and reveals the transparency and fairness of the process.

Among our research articles, Berdal Aral begins by focusing on Turkey’s ascent as a rising regional player owed in large part to President Erdoğan’s motto that the ‘world is bigger than five’ stance against the systemic problems of the UN, in favor of multipolar equality. Meanwhile Murat Ülgül explores President Erdoğan’s attributed success to his practice of public diplomacy. An example of successful diplomacy is followed with Şener Aktürk’s exploration into Russian-Turkish relations after the failed coup attempt. Nurullah Gür, Mevlüt Tatlıyer and Şerif Dilek focuses on the economic challenges that Turkey has faced and how it responded for the last decade. Mehmet Efe Biresselioğlu examines the different standpoints countries hold amongst each other in the energy-rich Eastern Mediterranean region, focusing on the ownership rights over disputed territory around Cyprus.

Others featured in this issue, Mohmad Aabid Bhat and Farhad Rezaei have made great contribution to our latest issue by focusing on the Kashmir issue and Iran’s military capability respectively.

We hope that our latest issue will be reflective and enlightening to our readers! 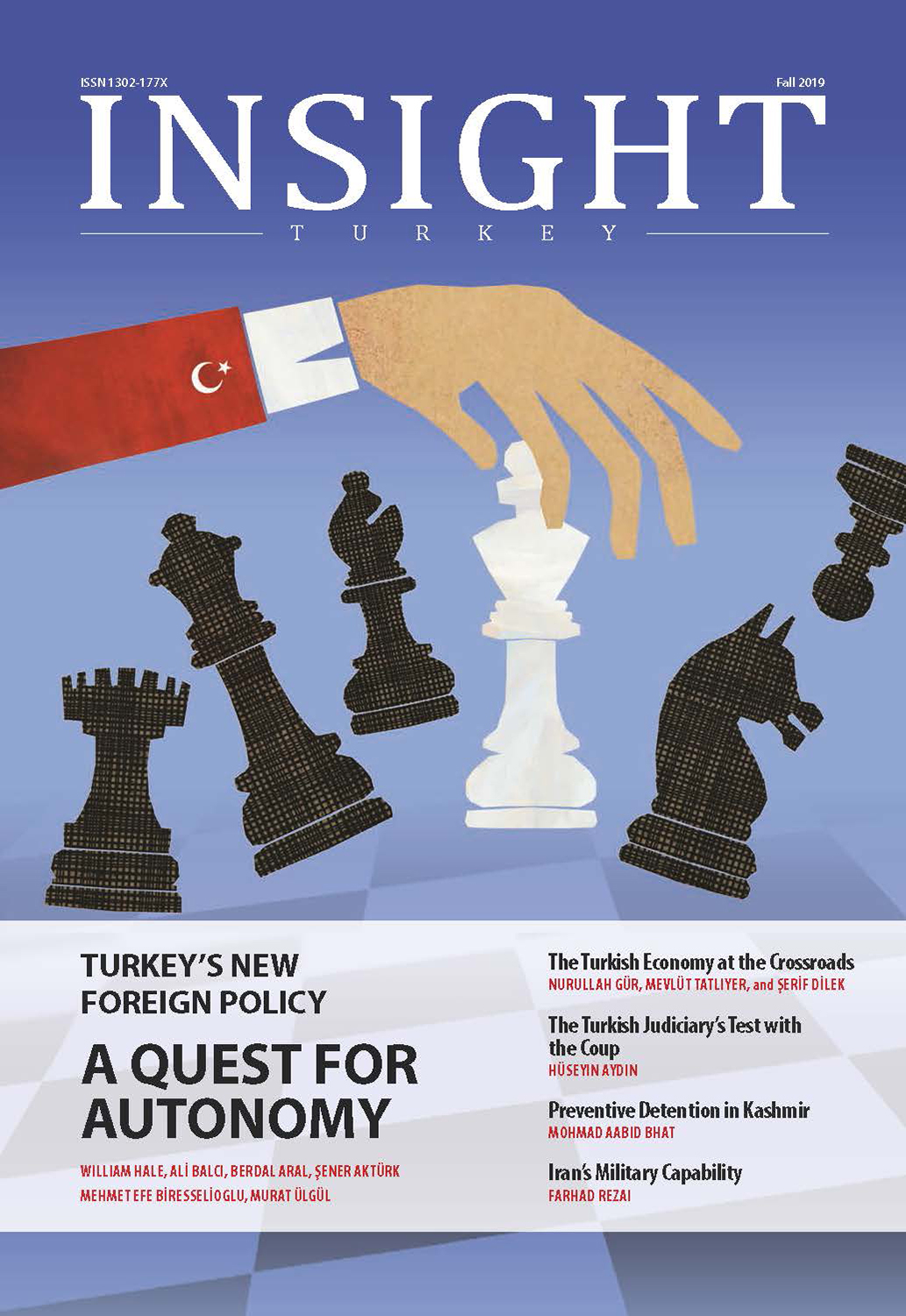 Significance in Libya for the Eastern Mediterranean conundrum
Next
Loading...
Loading...
We use cookies to ensure that we give you the best experience on our website. If you continue to use this site we will assume that you are happy with it.Ok