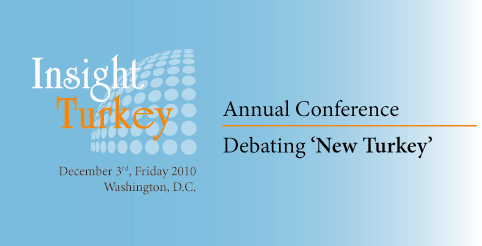 Opening Remarks
Ihsan Dagi, the Editor-in-Chief of Insight Turkey, emphasized the sense of novelty one feels about Turkey today. The “old Turkey”, he noted, was one “based on a notion of superiority of the state over the society.” The “new Turkey”, however, is one that is self-confident with a “yes, we can” attitude. Identifying the September 12th, 2010 constitutional referendum as a turning point, Dagi said that the main difference between the “old” and “new” Turkey was the fact that democracy is becoming firmly established in an “irreversible” manner. Defining his vision of the “new Turkey” as a “post-Kemalist republic” based on virtues of “democracy, open society and market economy”, Dagi welcomed all conference participants by inviting them to the debate on the “New Turkey”.

Turkey's Role in Security of Oil and Gas Supplies
Previous
Emergence of a New Turkey'
Next
Loading...
Loading...