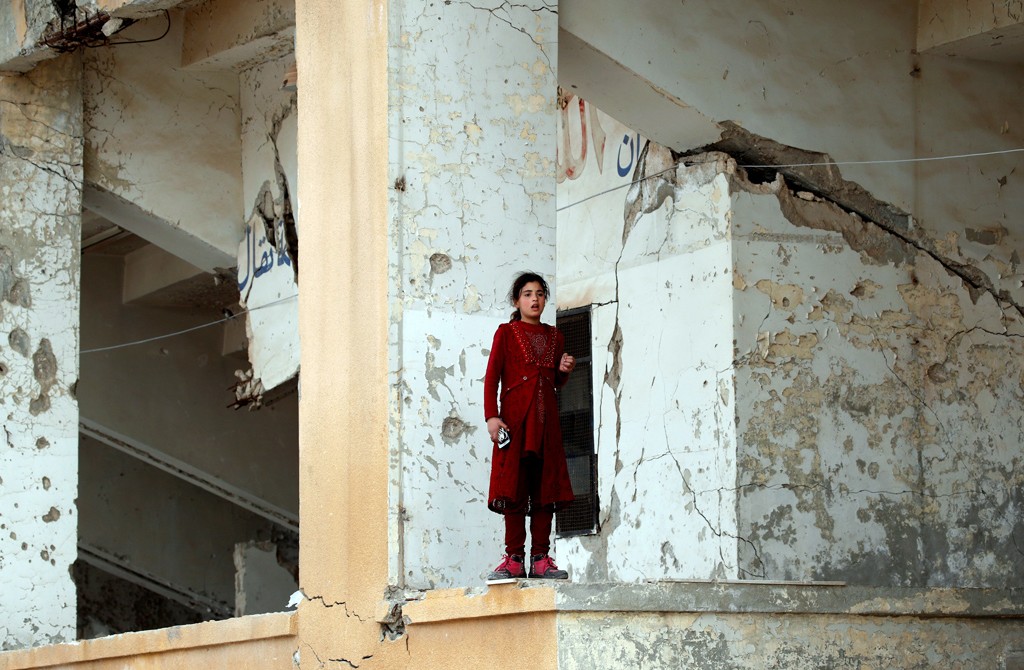 Nowadays, Syrian territory seems to be divided into four different political entities. The largest part of the country is controlled by the illegitimate Bashar Assad regime, which is responsible for killing more than 500,000 people and is backed by Russia and Iran. A large part of the Syrian territory in the northeast is under the control of the YPG, backed by the U.S. The northern part of the country that was liberated by Turkey from the YPG and Daesh terrorist group is under the control of the moderate opposition backed by Turkey.

After the two military operations conducted by Turkey against Daesh and the YPG, Ankara now shares control of the region with the opposition groups. The last piece of land, Idlib province, is under the direct control of different opposition groups. Although there are some radical elements such as Hayat Tahrir al-Sham (HTS), the majority of the population consists of about 4 million civilians who left their homes in other parts of the country, including Aleppo, for Idlib province.

For the last several months, the Assad regime, backed by Russia and Iran, has been bombing the region and forcing civilians to head north toward Turkey. There are several objectives of these bombings. First of all, the regime and its supporters want to deterritorialize the Syrian opposition in Idlib – the only anti-Assad force remaining in the country. Observers know well that the YPG and the Assad regime are not adversaries. In principle, they are allies and have been working together since 2011. Therefore, the regime and its supporters consider Turkey an obstacle for achieving their goals on the ground.

Another reason for the regime’s indiscriminate attacks against the civilians is to annihilate Sunni Arabs, who constitute the majority – more than 60% – of the Syrian population. During the early years of the Syrian crisis, there was an expectation regarding the division of the Syrian state into three parts, a Nusayri, a Kurdish and a Sunni Arab entity. It seems that the Assad regime, Iran and pro-Iranian groups such as Hezbollah want to sweep Sunni Arabs out of the political scene.

Third, by bombing the civilians in Idlib province, the regime and its supporters want to put pressure on Turkey to back off from its regional initiatives. Several regional and global actors want to deter Turkey from its involvement in regional crises such as Syria and Libya. Turkey has been supporting mainstream opposition groups against the illegitimate regime in Syria and similarly supporting the legitimate government in Tripoli against putschist Gen. Khalifa Haftar in Libya.

All the atrocities and crimes committed by the Assad regime have not gained the international community’s attention, including the Arab world and the Western world. For the last several months, Turkey has been struggling on its own and mobilizing both state and societal institutions in order to prevent the humanitarian tragedy in the region. The Turkish state and non-state actors have been constructing camps for more than 1 million refugees living in the region in order to protect them from hunger and cold.

Turkey has been struggling to deal with the humanitarian crisis created by the Assad regime with the support of Russia and Iran. In other words, Russia and Iran should be held responsible for the crimes against humanity committed by the regime. Turkey does not want to escalate violence in the region; it does not want innocent people to suffer from increased violence. As a matter of fact, the continuation of violence creates both a humanitarian tragedy for Syrian people and a security problem for Turkey.

The Assad regime’s several direct attacks against the Turkish military troops killing more than 40 Turkish officers is a turning point in the Syrian crisis. After the Assad regime’s insistent violations of the articles of the Sochi agreement and the basic principles of human rights, Turkey had to send determined messages to the Assad regime and Russia and Iran. By initiating Operation Spring Shield and damaging the regime’s military lines, Turkey has demonstrated its deterrent power, military capability and political credibility. From now on, the Assad regime has to think twice before targeting the Turkish security forces.

Turkey has also sent messages to the Western world as well. By opening its European borders, Turkey has decisively declared that it will not protect the safety and security of the European countries, who remain hesitant and indecisive about the war crimes and human rights violations committed by the Assad regime and its supporters. Turkish officials declared that they will not bear complete responsibility in the Syrian crisis anymore. Western countries expect Turkey to clear terrorist elements from Syria to meet the demands of the refugees living both in Turkey and Syria.

Without sharing the burden, European countries ask Turkey to uphold the migrant deal. Europe has to take its share of the migrant burden; otherwise, Turkey will not take measures to protect the interests of the European states anymore. Also, Turkey expects European countries to put political, diplomatic and economic pressure on Russia to deter it from its violent policy in Syria. Turkish political leaders clearly declare that they will continue to put pressure on Western countries over the Syrian conflict. This is not blackmailing but a call for sharing the burden. Unless European countries fulfill their responsibility toward Turkey and the Syrian crisis, Turkey will not unilaterally take measures to control the crisis for the sake of Europeans.

5 Questions: 2019 Escalation of the Kashmir Conflict
Next
Loading...
Loading...
We use cookies to ensure that we give you the best experience on our website. If you continue to use this site we will assume that you are happy with it.Ok