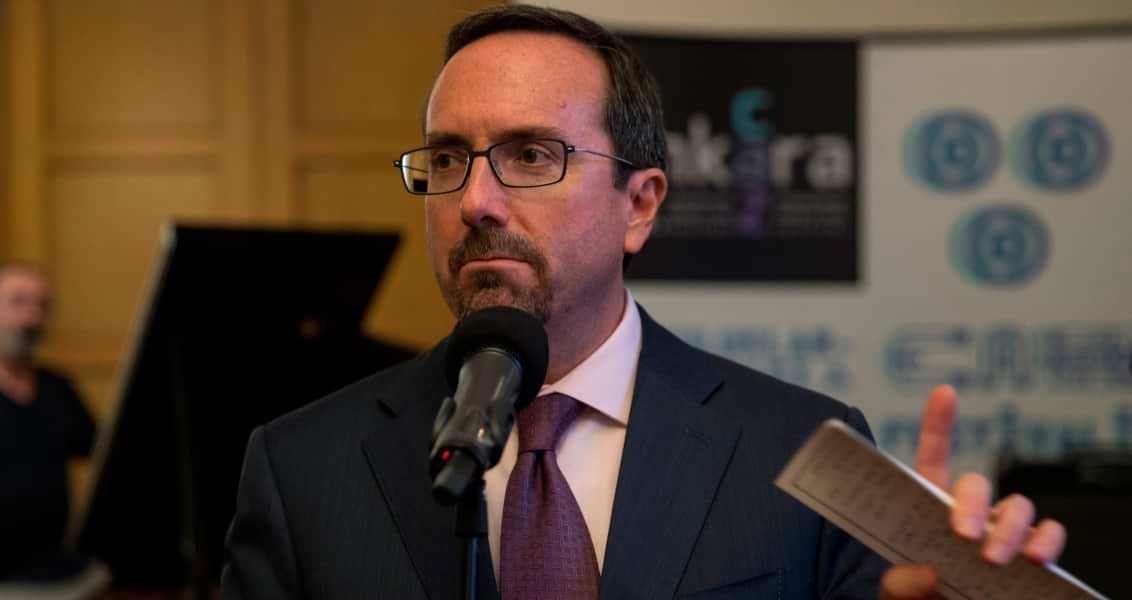 How will the Turkish-US Visa Crisis End?

Washington has no way to come to a mutual understanding with Ankara without changing its current policies that pose a threat to Turkey's national security.

Turkish-U.S. relations are literally being sacrificed for an adventure. Based on the statements of the outgoing U.S. Ambassador to Ankara John Bass, a couple of U.S. State Department officials imposed the visa ban on Turkey. Their purpose was to force Ankara to take a step back. As will be remembered, Turkish authorities arrested a Turkish citizen who worked at the U.S. Consulate in Istanbul on suspicion of working with the Gülenist Terror Group (FETÖ) during the July 15 coup attempt.

The ambassador responded by saying that some government administrations are taking revenge. Almost immediately after he said this, the U.S. Embassy, right before Columbus Day, stopped new non-immigrant visa applications from U.S. missions in Turkey based on “security concerns.” The U.S. administration thought that because of this, Turkey would take a step back and immediately release the arrested consulate worker. It was assumed that the Turkish public would react against the Turkish administration due to the U.S. Embassy’s visa decision and that the Turkish economy would take a serious hit due to the rapid change in the dollar. But none of this happened.

The U.S. dollar only increased a little bit, that’s all. The anti-American sentiment among the public that had been on the rise ever since July 15, has gone up even more following this. What’s more, Ankara did not step back. The Foreign Ministry published the same text as the U.S. Embassy and suspended new non-immigrant visa applications from U.S. citizens for Turkey.

Following this, a U.S. delegation came to Ankara to resolve the visa crisis. But the information that has been leaked from diplomatic sources to the media shows that the same adventurous attitude remains. The demands brought by the American delegation are evaluated as attacks on the right of sovereignty by the public of an independent Turkey.

In fact, Foreign Minister Mevlüt Çavuşoğlu said, “Turkey does not bow down before demands. We do not accept anything that goes against our interests. No matter what the conditions, if someone has committed a crime, the law will do what is necessary. This is not in our hands. The visa crisis was an unnecessary one for us. It is not a mature attitude in diplomacy. We only responded in kind to the decision made by the U.S. These types of unnecessary topics should not be discussed between two allies. We can resolve these issues through mutual agreements.”

I know that this vulgar behavior toward Turkey creates discomfort in Washington. What actually causes the greatest discomfort is that this vulgar behavior has not changed the Turkish attitude. On the contrary, Turkey insists even more on its position. In such a situation, there is a need for a U-turn. Otherwise, there will be even worse damage done tomorrow that cannot be fixed.

The July 15 coup attempt created a paradigm shift in Turkey’s politics. I have already said this many times, but I will continue to say it. Without first understanding what this paradigm shift is, evaluating Turkish society and the administrative elite by ignoring their political psychology is extremely problematic.

Turkey’s national security worries are now at their peak. We are looking at a Turkey that is faced with divided states and a rising wave of radicalization and terrorism in its region. This is a Turkey that is struggling with all it has against a group – FETÖ – that infiltrated the state over many years and that attempted a coup with terrorist tactics.

The Turkish public believes that some U.S. figures were also involved in this attempted coup, and the U.S. is not doing anything to remove this perception. It continues to allow Fetullah Gülen, the head of FETÖ, to live in the country. Furthermore, it continues to give tons of weapons to the Syrian affiliate of the PKK, which is regarded as a terrorist organization that Turkey has been fighting against for decades. Does the U.S. not know that the weapons can and will be used against Turkey?

These things could, in a sense, be regarded as political trauma for Turkey. But on the other hand, Turkey’s political elite regard this as an opportunity to build a new political construction and they are fighting for it. In this process, they have to redefine their international alliances and partnerships. The only criteria here are that of national interest and a relationship between equals. Are they aware of the costs of this? Yes, they are, but they are also aware of the gains.

After Kirkuk, What's Next?
Next
Loading...
Loading...
We use cookies to ensure that we give you the best experience on our website. If you continue to use this site we will assume that you are happy with it.Ok