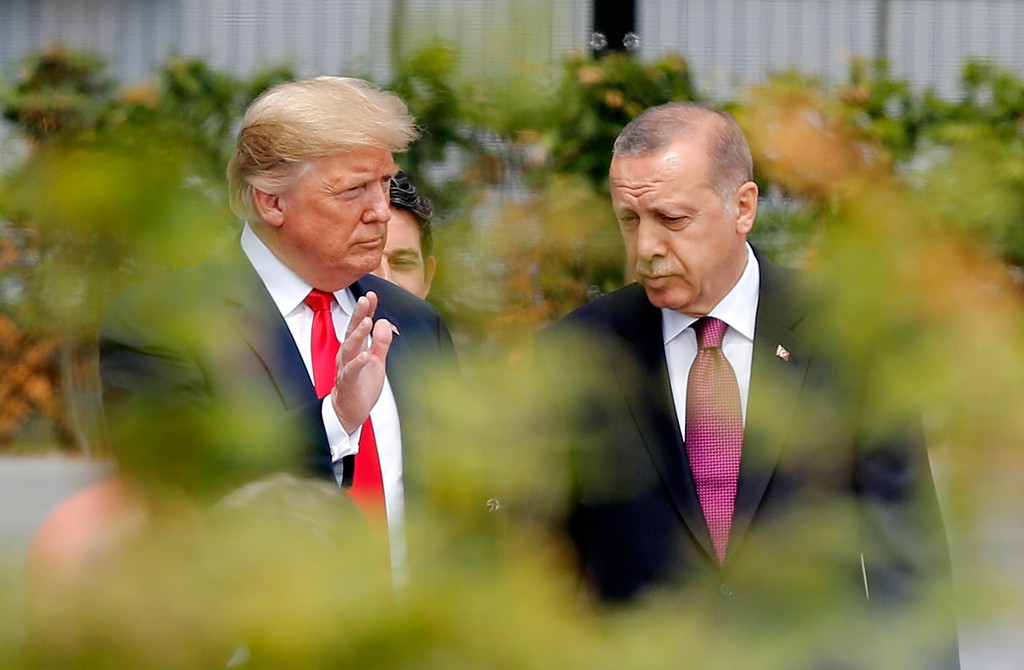 How to build trust in Turkey-US ties

Since the beginning of Turkey’s Operation Peace Spring in Syria, conflicting statements from and hostile moves in Washington have contributed to the deterioration of the already strained ties between the two countries.

Although Washington continues to adopt an anti-Turkish attitude, the degree of anti-Americanism in Turkey following the passing of two resolutions from the U.S. Congress may be more determinative for the future of bilateral relations. The outcome of this meeting will be important in determining the meaning and content of the often-mentioned “strategic partnership.”

First of all, Washington needs to understand that if the term “strategic partnership” will continue to be used to define its relations with Turkey, there should be a strategic objective of mutual interest and approach to fix the existing ties between the two nations.

If tactical cooperation with a terrorist group hurts the state of strategic relations with a NATO ally, the U.S. administration ought to be able to recognize its most valuable ally at this point. Without a long-term strategy to provide a sense of direction and stabilize the relations, it would be misleading to characterize the nature of this relationship as strategic.

Second, Washington’s diplomacy should be more innovative and creative in its approach to Turkey. The existing problems between the two countries should push the diplomats to find common ground to resolve them. To pressure Turkey into accepting the U.S.’ course of action and threatening Ankara with sanctions have never worked in the history of Turkish-American relations.

For the last several years Washington has threatened sanctions in every crisis with Turkey, including the Andrew Brunson crisis, the S-400 issue and now the Syrian conflict. Sanctions to hurt the Turkish economy will be counterproductive for both sides.

Third, the relations could use some positive results. Some have argued the alliance has already fallen apart and that the two nations do not have a common future in terms of foreign policy. Cool heads on both sides are willing to refute these assumptions. Granted, both are working in different areas, including Afghanistan, and on different issues, including the fight against terrorism; however, the extent of the issues is creating rifts too large to ignore.

Steps to build confidence and trust in bilateral relations need to be taken. Over the past year, on top of the existing problems, the decision to exclude Turkey from the F-35 program and the U.S.’ reaction toward Turkey’s operation in Syria have deepened Ankara’s mistrust of Washington.

The resolutions of Congress have only worsened the situation; thus, in the meeting, the U.S. side needs to propose concrete solutions for the existing problems between the two countries. The continuation of support for the People’s Protection Units (YPG), the threat of sanctioning Turkey, threatening to destroy the economy and the politicizing of historical issues will not feed optimism in bilateral relations.

Analysis: Arming Countries With or Without the United States
Previous

US support for YPG based on incorrect assumptions
Next
Loading...
Loading...
We use cookies to ensure that we give you the best experience on our website. If you continue to use this site we will assume that you are happy with it.Ok