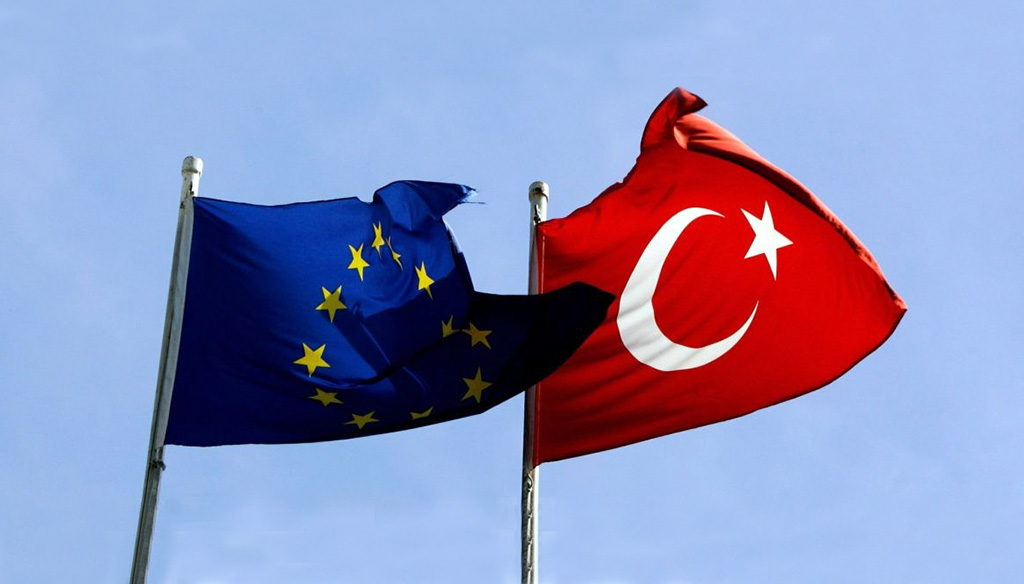 How the West can avoid ‘losing Turkey’

There is a growing tendency among Western media outlets; they seek to answer what the West must do, given President Recep Tayyip Erdoğan will remain in power for another four years. Believing that the risk of "losing Turkey" is higher than before, they advocate the "carrot and stick" approach. Let me say at the outset that this is a fruitless endeavor.

There is a growing tendency among Western media outlets; they seek to answer what the West must do, given President Recep Tayyip Erdoğan will remain in power for another four years. Believing that the risk of “losing Turkey” is higher than before, they advocate the “carrot and stick” approach. Let me say at the outset that this is a fruitless endeavor.

The Economist was the latest publication to jump on the carrot-and-stick bandwagon. According to this view, Turkey must be kept within the Western alliance despite Erdoğan’s efforts to turn it away from the West.

Its advocates maintain that mild punishment, i.e. sanctions, by the U.S. and the EU would only lead to the loss of a “strategic ally” like Turkey. Instead, the Western media calls for harsh penalties – i.e. the stick, followed by rewards, i.e. the carrot.

The Economist claims that Erdoğan, whom it describes as a “difficult partner,” moved Turkey away from the West, a century after Mustafa Kemal Atatürk “anchored Turkey in Europe.” Recalling growing tensions over the S-400 air defense system deal and drilling efforts off Cyprus, it criticizes the EU for its “weak” response and prescribed the carrot-and-stick approach.

The Economist thus urges the Union to impose heavy sanctions and target Erdoğan’s partners in order to convey that it means business. By adopting milder sanctions in the future, it says, the EU can bring the Turkish president back to the negotiating table, grant visa waivers to Turkish citizens and oversee the distribution of political power and natural gas between Turkish and Greek Cypriots.

In return, The Economist would have the EU ask Turkey to withdraw its troops from Cyprus, ensure the Turkish Central Bank’s independence and decentralize political power under the presidential system.

If the EU loses Turkey, The Economist says, it should give up on its hope to play a major role in world politics. For the record, they were right about this. Failure to manage its relations with an important player like Turkey would mean that the EU cannot stand the test of complex situations around the world.

Yet the carrot-and-stick approach is highly problematic. It advocates an asymmetrical relationship that defies the spirit of alliance and integration. Its supporters also fail to understand the serious challenges that Turkey had to overcome, alone, over the last six years. Ignoring Turkey’s unfair treatment on membership talks and the Cyprus issue, they conceal how the European Union’s unjust, pro-Greek Cypriot moves paved the way to the current dispute in the Eastern Mediterranean.

Finally, this approach downplays the significance of Ankara’s sacrifices on refugees, the Syrian conflict and other matters of national security. Nor does it capture the essence of Turkey’s independent policy under Erdoğan – a choice whose price the country has been paying for some time.

Of course, Ankara is open to negotiations and cooperation on the Eastern Mediterranean and the refugee crisis. Yet it is no longer a docile neighbor willing to stomach the stick. Unless treated as an equal partner, Turkey won’t respond to threats. To fully appreciate the Turkish approach, it is crucial to analyze Erdoğan’s recent address to the Justice and Development Party (AK Party) provincial leaders.

As the U.S. abdicates its global responsibilities, the EU needs to overhaul its approach to Turkey. The only way to repair the relationship is to offer the Turks only carrots for a while.

US must change Turkey policy to fix relations
Previous