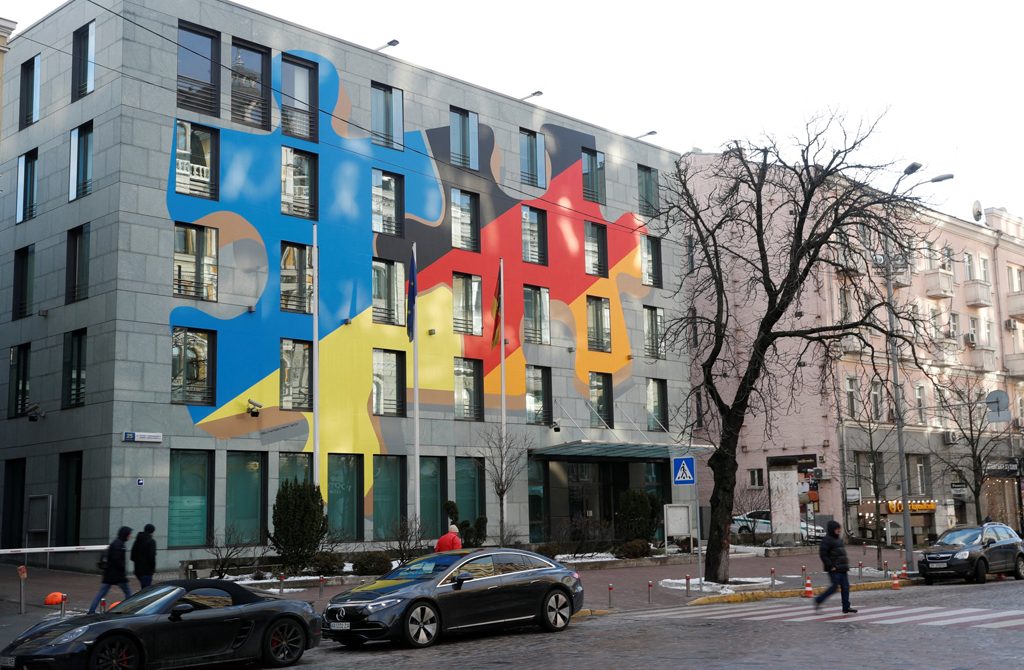 There are three main reasons behind Berlin's passive approach to the Ukraine tensions. Among them, energy comes first

Germany is one of the countries that has been hit the hardest by the ongoing crisis between Russia and the West around Ukraine. Despite being an effective member of the European Union and NATO, Germany displays a rather passive attitude in the face of Russia’s aggressive policy towards Ukraine. Germany has sent 5,000 helmets to Ukraine so far and has refused to send more help to the Ukrainians. On the other hand, the German government responded to Ukraine’s persistent arms demands with a weak argument that Germany does not want to become a party to conflict zones by sending arms. However, considering that Germany has supplied weapons to the Afghan army and the Peshmerga in Iraq under the name of fighting against Daesh, the argument put forward on the subject loses its validity. Former German Chancellor Angela Merkel’s efforts to secure permission to sell arms to Egypt just before leaving office can be evaluated in the same context.

Germany is taking a cautious stance on the Ukraine issue due to its previous experiences and because it is trying to establish a balance between the West and Russia. In this way, it pragmatically maximizes its own interests and eliminates possible threats from Russia. However, despite Germany’s long-standing encouragement of pro-Western supporters in Ukraine, along with the EU and the United States, its silence on the annexation of Crimea and the threat of invasion of all Ukraine today creates a self-contradictory image. As a matter of fact, Germany’s former Foreign Minister Sigmar Gabriel, a member of the Social Democratic Party (SPD), criticized new Chancellor Olaf Scholz’s government for not taking real responsibility in the Ukraine crisis in a recent statement.

In fact, in terms of its political and economic power, Germany ranks first among the countries that can have an impact on Russia. However, Germany remains passive in the Ukraine crisis for three reasons. First, today’s Germany does not have the military strength it had before World War II. In this respect, Germany sees Russia as a threat to its national security and does not want any direct conflict with Russia. As a result, Germany assigns the responsibility of taking the initiative in the Ukraine issue to the EU and the U.S. As a matter of fact, the recent meeting between Russian President Vladimir Putin and France’s President Emmanuel Macron shows that France has taken the responsibility of Europe and Germany in the Ukraine issue.

What is more, the current SPD-Greens-Free Democratic Party (FDP) coalition is self-divided in terms of relations with Russia. While Foreign Minister Annalena Baerbock from the Greens wants harsh sanctions against Russia, the SPD and FDP do not want to be included in this hawkish agenda considering Germany’s trade relations with Russia. Due to such differences of opinion, the most important issue of multiple coalition governments, the Scholz government is not able to take any concrete steps against Russia.

The second reason is Germany’s high trade volume with Russia. According to 2019 data, Germany exports $30 billion to Russia and imports $19 billion from Russia. Thus, it does not want to damage a trade volume of approximately $50 billion with Russia. More importantly, considering that the trade volume between the two countries exceeded $80 billion in 2013, just before the Ukraine crisis started in 2014, Germany does not want to suffer more losses in its trade with Russia due to the Ukraine issue. Therefore, Germany is acting in accordance with its commercial state identity by prioritizing solving problems with Russia through diplomatic means in the Ukraine crisis. For this reason, the Scholz government is keeping the Normandy talks on the agenda, an effort that started in 2015 under the leadership of Germany and France and brought Ukraine and Russia together.

The long-term dependence on Russia in the field of energy is the third and most important reason why Germany remains passive in the Ukraine crisis. According to the current data revealed by Reuters, Russia alone meets 32% of Germany’s natural gas needs. Likewise, Russia supplies 34% of Germany’s crude oil needs and 53% of its coal needs. Although Germany is developing projects to reduce foreign dependency in energy and to increase renewable energy sources, German society and industry will continue to need natural gas for a while. As a matter of fact, this reality lies behind the launch of the Nord Stream 2 natural gas pipeline project, which was recently completed to provide direct natural gas flow from Russia to Germany. Although Scholz nowadays is threatening to not implement this project if Russia invades Ukraine – under pressure from the U.S. – such a scenario will harm Germany’s energy security the most. For this reason, since the Merkel era, Germany has not wanted to disturb Russia too much in order to avoid endangering its energy supply in a way that could cause a serious energy crisis.

In short, Germany remains passive on the aggressive foreign policy strategy pursued by the Putin administration towards Ukraine in order not to lose its economic relations with Russia and not to endanger the energy supply from Russia.

‘What a table it was indeed’
Next
Loading...
Loading...
We use cookies to ensure that we give you the best experience on our website. If you continue to use this site we will assume that you are happy with it.Ok