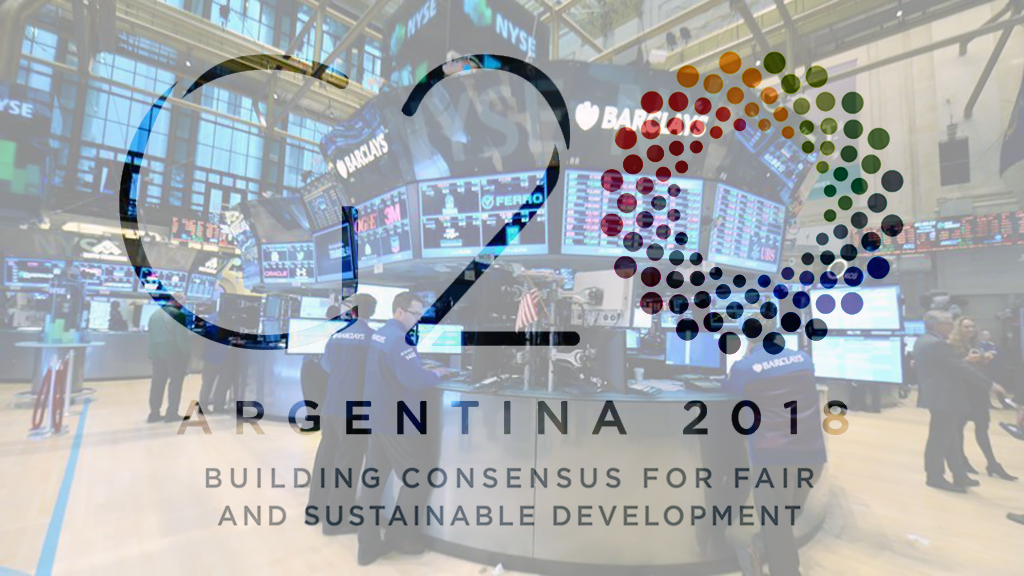 The global political economic system was established with the Bretton Woods institutions, namely the International Monetary Fund (IMF) and the World Bank, in 1944, just before the establishment of the United Nations.

However, this transformation to an oligopolistic system was not successful in overcoming the economic crisis in the second half of the 1990s, especially in the Asian countries. Therefore, the U.S. and other countries decided to expand the oligopolistic structure to the G20, including non-Western countries such as China, Indonesia, Turkey, India, South Africa and Saudi Arabia. The main objective was securing global financial stability. Nevertheless, it was considered as one of the most significant global platforms for discussing global political problems, including not only financial and economic but also political and security issues.

The most recent summit of the G20 was held last week in Buenos Aires, Argentina. Three main issues were discussed during the summit; a sustainable food future, infrastructure for development and the future of work. However, the tension between the U.S. and China related to the escalated trade war between the two countries emerged as the central topic of the summit. The summit was one of the more unsuccessful meetings of the G20, resulting in no concrete outcomes.
There is an increasing loss of confidence in and opposition to the G20, since even the leading members of the institution such as the U.S. do not believe in multilateral platforms and the liberal principles of the global political economy anymore. Some influential politicians, activists and academics organized an alternative summit (a counter summit) criticizing the G20 summit and activities of the IMF. The organizers named their summit the First World Forum for Critical Thinking, inviting people to question the policies of global powers. Thousands of demonstrators gathered in Buenos Aires to protest the G20 meeting, emphasizing the injustice of the global political economy and criticizing the economic policies of the member states of G20.

The members accepted that Saudi Arabia would host the 2020 summit of the G20; thus, whitewashing the image of the Saudi crown prince after the murder of Jamal Khashoggi. Some Western leaders such as British Prime Minister Theresa May and French President Emmanuel Macron directly warned the crown prince to cooperate with Turkey to find out those responsible for the murder. However, bilateral interests determined the American, Russian and Chinese indifference to the issue.
It seems that two main results can be derived from the summit. One, the world is at the brink of a new global financial crisis due to the imposition of unilateral American policies and the use of the American dollar as a threat against its economic partners. In particular, the continuation of the trade war between the U.S. and China will endanger the future of the G20 platform. Second, the reconciliation among the members of the G20 decreases further. Every other year more economic and political problems emerge between member states. Therefore, if member states do not take necessary measures, the future of the G20 will not be sustainable. Much of this depends on American policies. As long as the Trump administration follows unilateral policies and remains indifferent to what is going on in other parts of the world, the G20 will continue to undergo serious discrepancies.

The perils of a 'German Islam' project
Previous