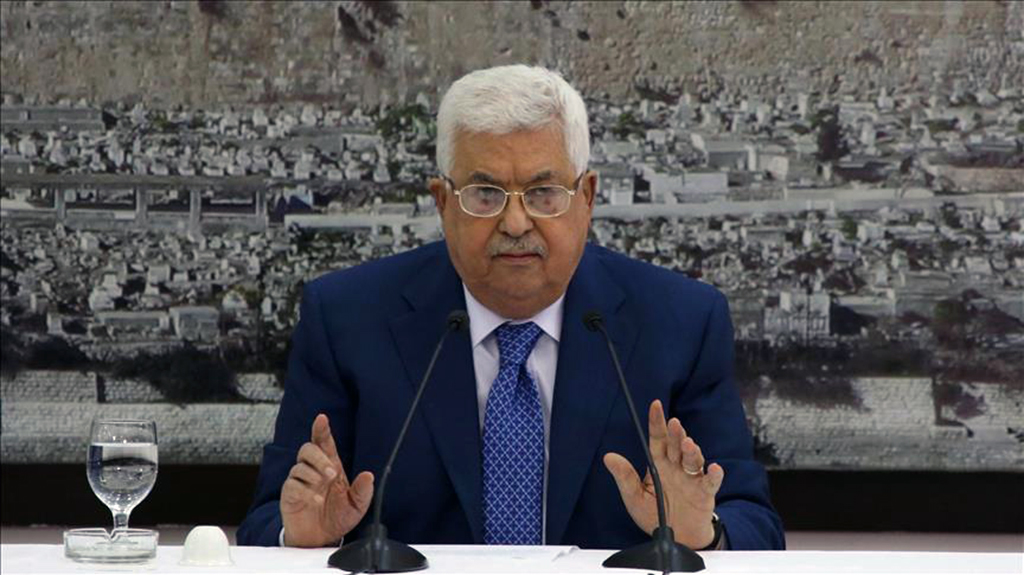 Future of Palestinian politics with the new government

Mahmoud Abbas, the president of the Palestinian Authority (PA), asked Mohammad Shtayyeh, a member of Fatah's Central Committee, to form the new Ramallah government on March 10.

Mahmoud Abbas, the president of the Palestinian Authority (PA), asked Mohammad Shtayyeh, a member of Fatah’s Central Committee, to form the new Ramallah government on March 10. After doing so, Shtayyeh will replace Rami Hamdallah, who gave his resignation to Abbas in January. The process started in December when Abbas decided to dissolve Palestinian Parliament. Then, the Palestine Liberation Organization (PLO) advised Abbas to appoint one of the members of Fatah’s Central Committee as the new prime minister.

A long-time ally of Abbas and one of the most experienced Palestinian politicians, Shtayyeh is seen as the right person to overcome the difficulties of the Palestinian people. Shtayyeh, who holds a Ph.D. in economic development from the University of Sussex and worked as professor and dean at Birzeit University, has the expertise to solve the social and economic problems of Palestine. He also served as minister of housing and construction between 2005 and 2010 and he is the head of the Palestinian Economic Council for Development and Reconstruction. Shtayyeh is considered as the strongest candidate to succeed Abbas.

After being appointed as prime minister, Shtayyeh made his first statement to Anadolu Agency (AA) and said that he would try “to ensure unity, end division and bring national legitimacy to Gaza.” He argued that his government would prepare and take the Palestinian people to the next elections. Shtayyeh indicated that the Palestinian people “deserve every effort and awareness of the difficult times.”While the previous government was more inclusive, the new one is expected to be more exclusive. That is, the new government will not include Hamas and the Islamic Jihad groups. Additionally, the new government will not be effective in Gaza. Therefore, although some small political parties will be represented, the new government is expected be dominated by Fatah. As a matter of fact, President Abbas, the de facto leader who has been ruling the country without going for elections since 2005, will remain the main decision-maker in Palestine and its interlocutor in the international arena.

Fatah authorities pointed out that the governmental change was the result of Hamas’s stubbornness and its refusal to work within the national unity government. However, Hamas declared that the appointment of Shtayyeh reflects “Abbas’ unilateralism and monopoly of power.” Hamas considers the new government as a “separatist government” due to the absence of national consensus. Hamas authorities claimed that the new government would deepen the political division and asked Abbas to hold both presidential and parliamentary elections as soon as possible. Many analysts also claim that Abbas has appointed Shtayyeh to further isolate Hamas, the main political rival of Fatah and the political authority in Gaza since 2007.

The appointment of an experienced politician may strengthen the Palestinian negotiation team, since Shtayyeh had worked as a government minister and as a representative of Palestine in peace negotiations. Shtayyeh will defend the Palestinian position regarding eastern Jerusalem, which was declared as part of the Israeli occupied western side of the city. Abbas was delegitimized by the U.S. government due to his rejection of the U.S. President Donald Trump-brokered peace plan, the so-called “Deal of the Century.” Furthermore, after Abbas decided to freeze Palestinian relations with the U.S., the Trump government cut hundreds of millions of dollars in aid.

Overall, the appointment of Shtayyeh has two main positive results. First, Shtayyeh, as an economist, may solve the economic problems of the Palestinian people. Second, he may resist Trump’s peace plan, the Deal of the Century, which is seen as an attempt that will end with the supremacy of the Israeli state not only in Palestinian lands but also in the whole region. Any further polarization in Palestinian politics will keep Palestinians disunited in a time when President Trump has been trying to legitimize the Israeli claim over a united Jerusalem and thus solve the crisis in favor of the Israelis. However, a government excluding Hamas and the Palestinian Islamic Jihad is destined to be a weak and vulnerable one, and unable to find a solution for the Palestinian people.

People's Alliance vs. Nation Alliance: Electoral campaigns and strategies
Next
Loading...
Loading...
We use cookies to ensure that we give you the best experience on our website. If you continue to use this site we will assume that you are happy with it.Ok