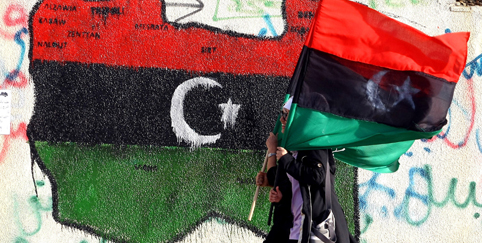 Future of Arab Spring and Turkey

Turkey is so involved in developments in the Middle East that it cannot be a mere spectator to what is currently taking place.

The Turkish attitude toward the Arab Spring is also under some criticism, on the assumption that Turkey’s importance will diminish through emergence of the new democratic actors in the region, such as new Egypt. Those who consider the Turkish experience as a “fall” while the Arab world experiences a “spring,” either have no clue about the “winter” in Turkey or think that spring comes with a single flower.

Turkey has experienced both a multi-party system and a tutelary regime, which is currently being adopted by Egypt, during the last 50-60 years. While Turkey tries to overcome its own remnants of “winter,” the Arab world is about to revive. If we judge seeking to initiate social and political change in the Arab world based on the experience of Turkey, they will first fight a power struggle within their countries and then will confront the regional order. In brief, a harsh winter is ahead for the whole region. Turkey will remain an actor helping to build the order as long as it deploys its comparative, historical and strategic advantages in constructive politics.Turkey has become an interesting dynamic factor, not only the powers in its region, but for the American and European actors also. Faced with the legitimate demands of Turkey, the actors in the region are feeling more pressure to make a choice between the status quo and change. Global actors are also feeling similar pressure to make that choice, because of Turkey’s irrefutable objections over Israel and its rightful arguments that the regional order will never be the same. Whichever they choose, the result will be for the benefit of Turkey.

If they choose the status quo, Turkey will become much more legitimate as a democratic power compared to the rest of the region. If they choose change, then Turkey will be proven correct in its diagnosis of the fundamental problem in the region. The U.S. and Turkey have overlapping concerns and interests in the Middle East. However, it would be too simplistic to expect that the two countries will adopt the same or parallel approaches. For instance, while the U.S. would prefer a manageable and controlled change in the region, Turkey knows quite well that a successful transition requires a more fundamental structural change in the Camp David Order. As long as Turkey clearly and sincerely supports change in the Arab world and sides with the people of the region, external actors will realize that confronting Turkey means confronting the demands of the people in the region. This will be not only a great opportunity for Turkey, but also the beginning of a challenging process.

Turkey will be an actor that assists in forming a new order in the region, so long as it improves its “zero problem with neighbors” policy that helped Turkey to extend its relations and potential within neighboring countries and starts building the capacity for managing the “problems of neighbors” in this period.

The Effect of the Arab Spring on Turkey
Previous

Zero Problems and Problems
Next
Loading...
Loading...
We use cookies to ensure that we give you the best experience on our website. If you continue to use this site we will assume that you are happy with it.Ok