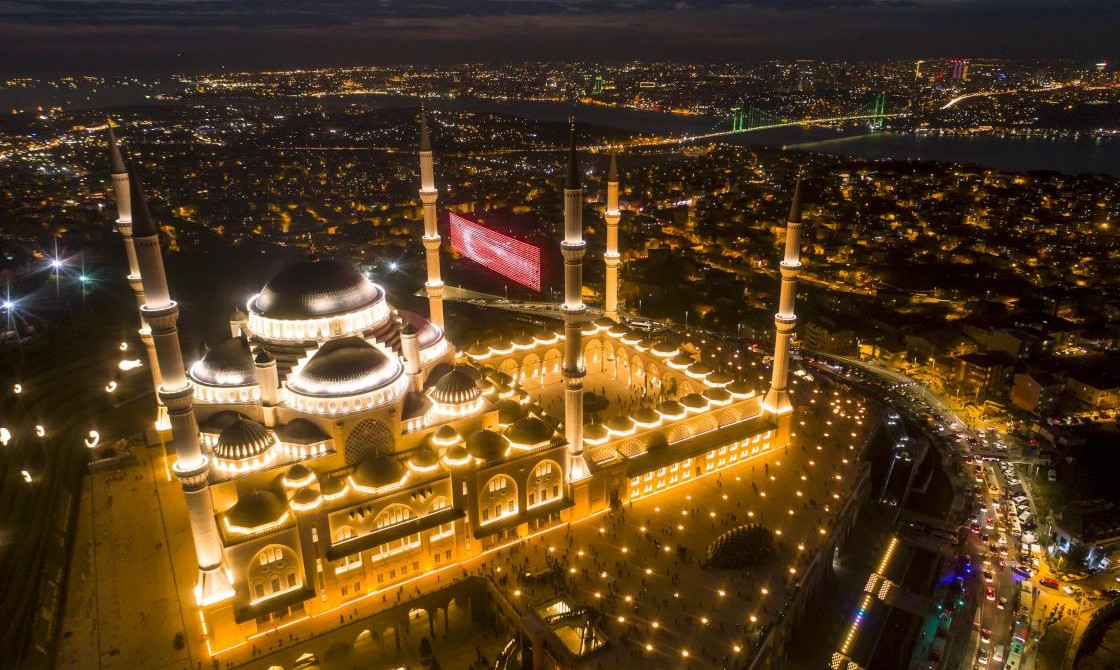 The Republican People's Party (CHP) is making headlines again. Last month, there was the (false) allegation that a senior member of the main opposition party had visited President Recep Tayyip Erdoğan to receive his endorsement in the upcoming race for CHP chairman.

The Republican People’s Party (CHP) is making headlines again. Last month, there was the (false) allegation that a senior member of the main opposition party had visited President Recep Tayyip Erdoğan to receive his endorsement in the upcoming race for CHP chairman. More recently, Sinan Aygün, a high-profile businessman and CHP member, has accused Ankara Mayor Mansur Yavaş, who won the mayoral race on the CHP ticket, of taking bribes. CHP Chairman Kemal Kılıçdaroğlu will undoubtedly do his best to sweep the explosive allegation – likened by observers to the Istanbul Waterworks scandal in the 1990s that destroyed the party’s reputation – under the rug.

Still, there will be no peace and calm among the main opposition party’s ranks. When the current fight ends, a new one will break out – simply because the movement cannot stomach the sharing of power. Dreaming of a successful presidential bid in 2023, CHP cannot seem to find the time, due to incessant in-fighting, to pressure the ruling Justice and Development Party (AK Party). Instead, the main opposition appears to pray for the success of former AK Party politicians, who are launching their own parties.

Opposition leaders, whether old or new, seem unable to start a political conversation that would put President Erdoğan and the People’s Alliance in a tough spot. Since we already covered the old opposition, let’s focus on two of the new opposition movements.

In a recent TV interview, former economy tsar Ali Babacan, in an attempt to disassociate his brand from the AK Party, said “differences over the founding values and principles started to emerge in 2011-12” and became clear in 2013. He apparently meant the alleged “undermining of the rule of law, human rights and democracy.”

For the record, 2013 was the year when Turkey was dragged into a period of turbulence by the Gülenist Terror Group (FETÖ) at home and as a result of U.S. pressure abroad. Keeping in mind the fight that Turkey and Erdoğan had to put up between 2013 and 2016, the year of the failed coup attempt, it is quite ironic that Babacan would date his differences of opinion with the AK Party leadership to that year.

It is equally curious that former Prime Minister Ahmet Davutoğlu, who now leads the Future Party, has incorporated the CHP’s traditional accusations into his own platform, talking about one-man rule and a choice “between autocracy and liberal democracy.”

Turkey’s old opposition expects their new bedfellows to come up with fresh arguments and allegations. The new opposition, in turn, merely reproduces the talking points of the old. Together, they find themselves embracing one of two competing paradigms and insist on criticizing the AK Party for what it experienced in power. By contrast, the ruling party experimented with EU integration, harmony with the world and neoliberal economics – whatever advantages and disadvantages they entailed – before moving on to a new stage.

Two competing paradigms are shaping political arguments in Turkey: harmony and confrontation. Harmony, which the opposition advocates today, rests on the assumption that Turkey has isolated itself by picking fights with its neighbors and allies. Opposition leaders call for democratization at home and cordial relations, negotiation and soft power in the international arena. When it comes to the economy, they endorse a return to neoliberalism. Those who parted ways with the AK Party like to refer to this set of policies as a return to the movement’s “factory settings.” They oppose the presidential system and demand that parliamentarism be reinstated. Accusing the AK Party of promoting a one-man rule, the opposition dumbs the question down to a dichotomy between authoritarianism and liberal democracy.

The paradigm of confrontation, in turn, emphasizes activism, risk-taking and competition. Advocates of this view believe that Turkey must remain committed to diplomacy but not necessary shy away from tensions with the U.S. or the EU. They say that fierce competition is the precondition of a realignment of interests. This approach, to which the People’s Alliance subscribes, posits that Turkey has been engaged in a battle with domestic and international fronts since 2013 – that an alliance in name alone is not enough to protect Turkish interests. Supporters of this approach believe that hard power is needed to combat terrorism as well as make progress on the Syria and Eastern Mediterranean files. They stress that an exclusive commitment to neoliberalism amid the global and regional order’s weakening (and the protectionist tendencies it entails) would be disastrous. They argue that the road to harmony goes through competition – not surrender.

Today, Davutoğlu and Babacan risk alienating the AK Party base by reproducing the “harmony” paradigm that CHP embodies. This choice threatens to deprive them of the opportunity to appeal to voters before going out of fashion. The former AK Party politicians cannot survive the allegation that they attempted to plant seeds of division in the movement and, by extension, played into the hands of outsiders.

Keeping in mind that “great power competition” will shape the emerging world order, the second paradigm – confrontation – is set to remain the backbone of Turkish politics.

New geopolitical game in the MENA region
Next
Loading...
Loading...
We use cookies to ensure that we give you the best experience on our website. If you continue to use this site we will assume that you are happy with it.Ok