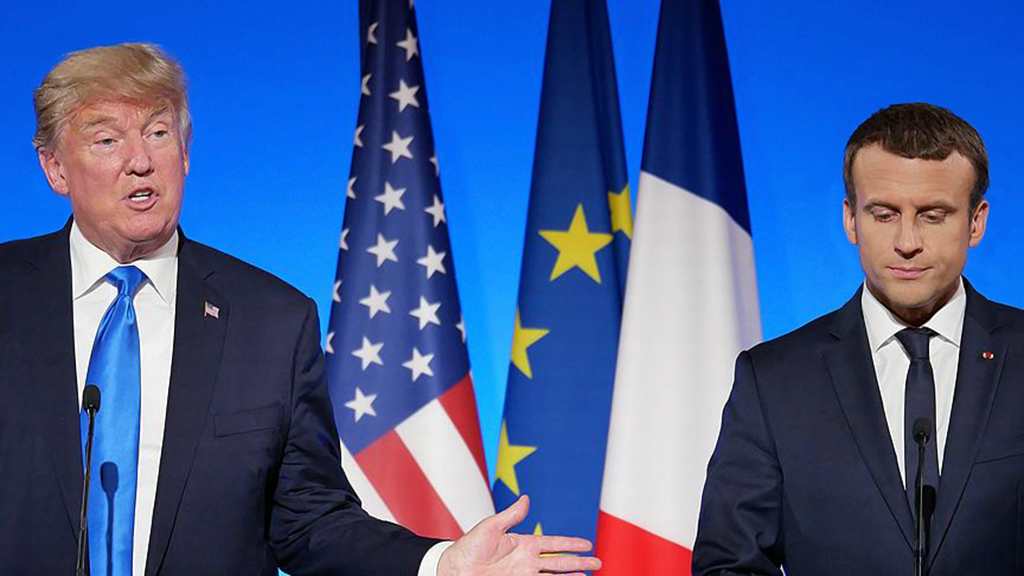 French touch may not help stabilize the Middle East

rench President Emmanuel Macron paid an official visit to Washington to meet his American counterpart Donald Trump. The two leaders posed for sincere photos for the press, and both leaders promised to improve cooperation between their countries in various fields. Franco-American cooperation is an important move since Trump was not as eager as his predecessors about strengthening transatlantic cooperation. This visit is expected to stimulate cooperation and collaboration between the two leaders, while the public on both sides is not excited about this cooperation.As a young and ambitious leader, Macron expressed his willingness to play a more significant role in world politics. Macron wants to regain the status of diplomatic great power for his country, whose influence was shadowed under German Chancellor Angela Merkel’s leadership in the EU. The terror attacks in Paris, Nice and elsewhere also downgraded France’s position in Europe.

While Trump expects France to play a more significant role in Middle Eastern politics to counterbalance the influence of Russia and Iran, Macron’s involvement in the Middle Eastern politics may backfire. Macron desperately needs a success story to strengthen his political posture in both domestic politics and in the international arena. The French public is following Macron’s performance closely and despite his efforts, Macron still lags behind in his political promises. Trump also needs a partner to deliver some of the exorbitant promises that he made to the Gulf Arab countries and Israel.

So far, fear of Iran was a token used by Washington to consolidate financial and political support of Saudi Arabia and the United Arab Emirates, and why Trump feels pressured to make a move against Iran. However, an uncalculated move may turn into a catastrophe for all parties involved in the tension.

Broader cooperation in Middle Eastern politics may serve the interests of both leaders, but the risk level is too high on the Middle Eastern front. Dismissal of the Joint Comprehensive Plan of Action (JCPOA), or the Iran Nuclear Deal, may trigger a regional war that may bring unexpected consequences for both leaders. Trump wants to partner with another world leader to dismiss the JCPOA, but other European leaders are not interested in the collapse of the Iran Nuclear Deal. European and American priorities contradict concerning the JCPOA and the Macron-Trump summit may not be enough to bridge the gap on that issue. Broader French military presence in the People’s Protection Units (YPG) controlled northern Syria may also lead to polarization between France and Turkey as well as between France and the Syrian regime and its sponsors Russia and Iran. Such a risky political step may discredit Macron’s diplomatic efforts.

The Trump administration is not willing to further invest in the security of Europe. Trump is also trying to avoid multilateral issues and agendas and to maintain his country’s diplomatic relations at the bilateral level. Merkel’s Washington trip was also a significant move but did not get the same coverage as Macron’s visit. This was Merkel’s first visit to Washington after her re-election. The main issue for Merkel was the vulnerabilities of European security, which was weakened after Trump’s policy preferences. Despite their efforts, Trump and Merkel were unable to hide their differences regarding their political visions. Trump still seems to be angry about Germany’s trade advantage in bilateral economic relations. The split in transatlantic ties instead works for the interests of Russia as well as Iran. Merkel’s Germany will not provide the diplomatic support for Trump’s plans in the Middle East because these plans neither serve the agenda of the liberal values nor the stability of the region.

Trump and Macron’s partnership may have the potential to turn into a relationship similar to the one once maintained by former U.S. President George W. Bush and former British Prime Minister Tony Blair. Those two leaders are responsible for the quagmire in Iraq. Blair’s policies distanced Britain from the other major EU powers. Macron seems to be interested in taking diplomatic risks in the Middle East. If he successfully plays a constructive role, he may consolidate his leadership, increasing France’s diplomatic posture in international politics. However, Macron’s bold diplomatic initiatives may also cause a broader split in transatlantic relations leading to more instability in the Middle East. Strengthening bilateral diplomatic ties with Macron’s France may be an advantageous move for Trump, but for the moment this relationship may be precarious for Macron.

Erdoğan on the road ahead of elections
Next
Loading...
Loading...
We use cookies to ensure that we give you the best experience on our website. If you continue to use this site we will assume that you are happy with it.Ok