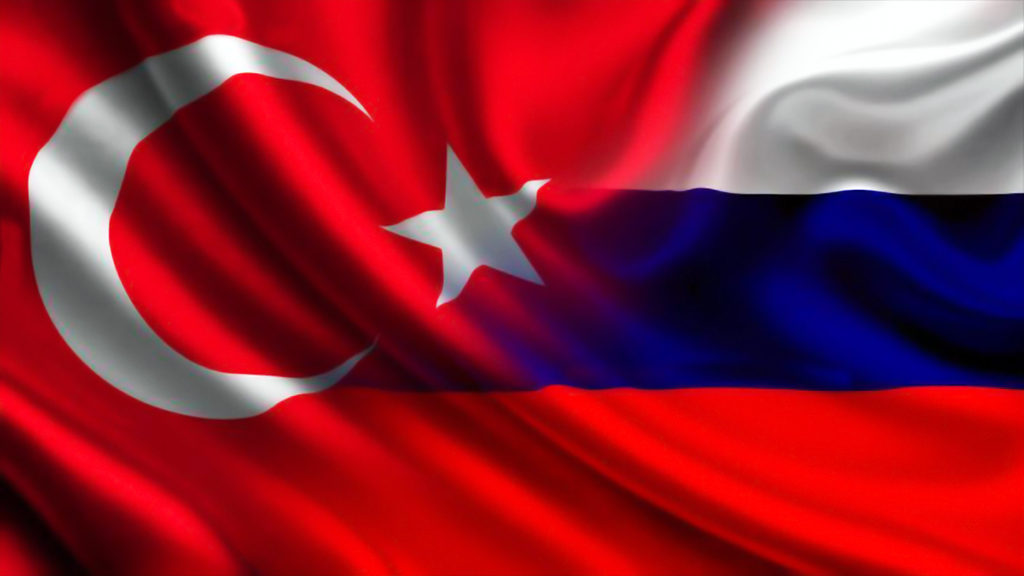 Talks on Syria have brought Ankara and Moscow closer together, and are helping in developments and collaboration on other bilateral issues such as nuclear energy, natural gas, tourism and trade

In the early days of the Syrian crisis, Turkey and the Western countries supported the opposition against the Assad regime. However, Turkey and the main groups leading the opposition forces were abandoned by the West once it was understood that they are pro-Islamic. Soon after, the U.S.-led international coalition began to support the Democratic Union Party (PYD) and its armed wing, the People’s Protection Units (YPG) – the Syrian affiliates of the PKK, which is considered a terrorist organization by the U.S., Turkey and the European Union. Since then, the U.S. has been indifferent to Turkey’s concerns and as a result, Turkey had to initiate diplomatic dialogue with Russia, the main backer of the Assad regime.

First, Turkey and Russia started the Astana process, the main political dialogue between the three primary actors on the ground, namely Turkey, Russia and Iran. After several rounds of talks between the three countries, they institutionalized the political means to solve the Syrian crisis. While the trio has been trying to reach an agreement, the U.S. and other Western countries have empowered the anti-Turkish forces in Syria. Concurrently, while Turkey has been trying to improve confidence-building measures with Russia, it has found itself more alienated and otherized by the U.S.

The Syrian case turned to determine Turkey’s national security and thus define its foreign policy orientation. Having lost trust in its allies, Turkey began to search for new partners to face the challenges that came its way over the last several years. The Idlib crisis confirmed this new transformation. After they took control of the southern part of the country, the Assad regime and its supporters began to plan an attack on the Idlib province, the last stronghold of the Syrian opposition. Turkey decided to resist against a possible large-scale operation in Idlib, which hosts more than 3 million civilians. It called Russia and Iran to control the regime and prevent a military operation.

During the televised Tehran summit, President Recep Tayyip Erdoğan insistently called the Russian and Iranian leaders to declare a cease-fire, but his offer was declined.

Considering the Iranian expectations in Syria, President Erdoğan decided to discuss the issue with Russian President Vladimir Putin, who has limited objectives. In the light of this, on Sept. 16 Erdoğan and Putin held a meeting in Sochi.

President Erdoğan told Putin that “the entire world has its eyes on our meeting today. I believe that the statement we will make after the Sochi meeting will give new hope to the region.”

Turkey also emphasized that it was not Idlib, but the PYD/YPG forces that pose a bigger threat – not only to Turkey’s national security but also to the future of Syria.

After the meeting, Turkey and Russia signed an agreement regarding the Idlib crisis and agreed to solve the problem based upon U.N. Security Council Resolution No. 2254. According to the agreement, a demilitarized buffer zone of 15-20 kilometers will be created between the Syrian opposition and the Assad regime. The opposition will continue to remain in Idlib province and a possible influx of refugees was thus prevented. Heavy weaponry will be withdrawn from the area and it will be controlled by Turkish and Russian forces.

Ultimately, Turkey’s diplomacy and determination for peace have paid off. Today, it has been proven once more that Turkey is indeed an active actor in the Middle East, capable of taking initiatives in regional politics. In this regard, Turkey persuaded Russia and thus prevented a possible humanitarian crisis. The Sochi summit is a success for Turkish diplomacy and a failure for anti-Turkey actors. Additionally, Turkey has also kept the moderate opposition groups in the game.

The horizontal relationship between Russia and Turkey in Syria may motivate the two sides to expand their cooperation in other issues and areas, such as nuclear energy, natural gas, tourism and trade. The more room thatTurkey finds in its relations with Russia, the more it will feel comfortable in its bilateral relations with the country.

Analysis: The Crisis and the future of NATO | The increasing Autonomy of Turkey
Next
Loading...
Loading...
We use cookies to ensure that we give you the best experience on our website. If you continue to use this site we will assume that you are happy with it.Ok