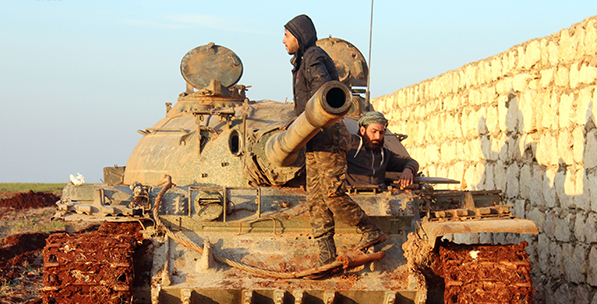 Foreign Fighters: Behind The Scenes

In response to the most recent developments, foreign fighters became a top priority for the intelligence community in Turkey and other European countries.

The Soviet invasion of Afghanistan in 1979 and the subsequent move by the United States to arm jihadist groups on the ground arguably marked the turning point of the Cold War. The U.S. government’s decision to supply weapons and ammunition to what Washington regarded as moderate opposition forces gave rise to al-Qaida and, most recently, an influx of foreign fighters into the Middle East.

The 9/11 terrorist attacks established that foreign fighters had global networks and objectives. In a number of conflict zones including Kashmir, Bosnia, Chechnya and Iraq, the world had witnessed their involvement in violent activities. Over the course of the raging civil war in Syria, foreign fighters took their game to the next level: With the eyes of great powers and regional players fighting proxy wars fixed on them, the foreign fighters have evolved into a sub-state actor in Iraq and Syria.

Since the formation of a U.S.-led international coalition against ISIS and the Charlie Hebdo attack, pundits have begun referring to “the foreign terrorist fighters phenomenon.” At this point, there is no doubt over the harm that foreign fighters from Europe and elsewhere can inflict upon returning to their home countries as lone wolves. In response to the most recent developments, foreign fighters became a top priority for the intelligence community in Turkey and other European countries.

Meanwhile, the Charlie Hebdo attack brought foreign fighters from predominantly Sunni Muslim nations to the forefront of the media’s attention. The idea that foreign fighters are exclusively affiliated with al-Qaida, ISIS, the Nusra Front and others, however, distorts the facts. Concentrating on the anti-ISIS struggle yet failing to take necessary steps about the future of Bashar Assad, the current U.S. policy in Syria also creates major problems. Washington’s current position consists of two distinct components: (1) To lend support to moderate groups fighting ISIS on the ground – which causes Sunni Syrians to side with ISIS and the Nusra Front while empowering the Assad regime. (2) To undermine Tehran-backed Shiite militiamen.

At this time, the Obama administration, which has reached a de facto agreement with Iran in order to form a united front against ISIS, conveniently ignores the fact that Shiite fighters in Lebanon, Syria, Iraq and Yemen equally qualify as foreign fighters. Since the role of Iran, a country that fights proxy wars across the Middle East, renders these groups more predictable, the international community tends to adopt a distorted view of foreign fighters as inherently Sunni. The same observers, however, completely ignore the fact that Shiite militias will launch a campaign of terrorism and engage in widespread discrimination if and when ISIS vacates the currently occupied territories.

A greater problem relates to the ever-popular notion that Sunni Muslims adhere to a more rigid interpretation of Islam and, therefore, are more likely to engage in acts of violence – which is certainly not a recent phenomenon. Ever since the 9/11 terrorist attacks, the fragmented nature of religious authority has been part of the global conversation. Meanwhile, there is little doubt that foreign fighters inflicted more harm on the Muslim community than others by hijacking the right to determine under which circumstances violence is religiously permissible.

The weakness of Washington’s Syria policy, the shortcomings of anti-ISIS policies and the Obama administration’s eagerness to ignore the challenge of Shiite foreign fighters unfortunately hint at more serious problems, including more intense sectarian clashes and a new wave of proxy wars, ahead. To cut a long story short, the world needs long-term and integrated policies to address the pressing issue of foreign fighters.

Obama's Strategy Lacks Middle Ground Between "Pre-Emption" and "Strategic Patience"
Previous
Reasons Behind Syria's Escalating Crisis
Next
Loading...
Loading...
We use cookies to ensure that we give you the best experience on our website. If you continue to use this site we will assume that you are happy with it.Ok