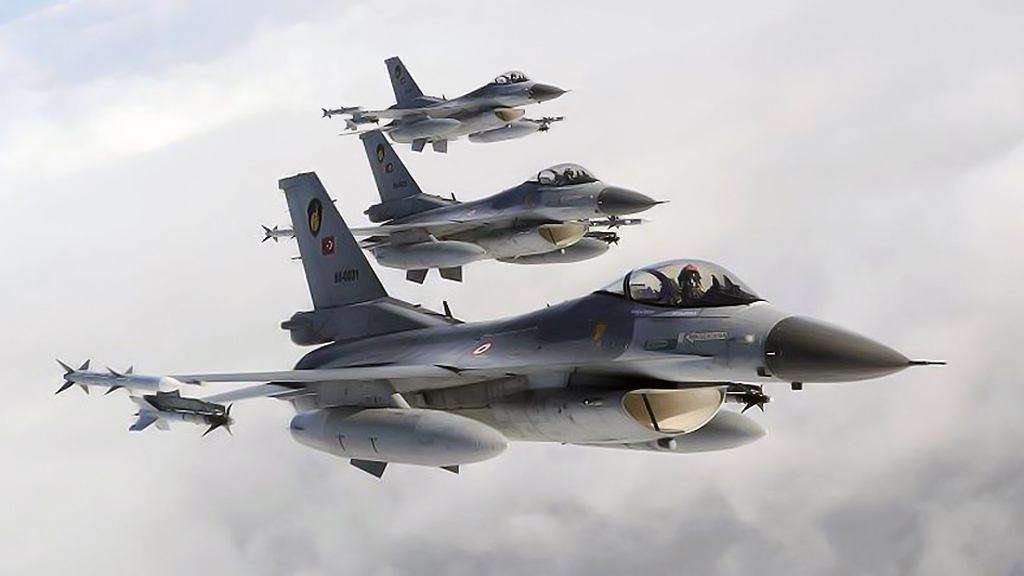 For Turkey and US, a good start in Manbij

Turkey and the United States started implementing the Manbij road map, a framework created by Foreign Minister Mevlüt Çavuşoğlu and U.S. Secretary of State Mike Pompeo on June 4. On June 12-13, senior military officials from both countries held talks in Stuttgart, Germany, and worked out the details, including the establishment of monitoring posts and patrol routes in Manbij.

Turkey and the United States started implementing the Manbij road map, a framework created by Foreign Minister Mevlüt Çavuşoğlu and U.S. Secretary of State Mike Pompeo on June 4. On June 12-13, senior military officials from both countries held talks in Stuttgart, Germany, and worked out the details, including the establishment of monitoring posts and patrol routes in Manbij.

Earlier this week, Turkish and U.S. troops started joint patrols on the outskirts of Manbij. Now, it’s time to implement the remaining parts of the agreement.

It goes without saying that the Manbij road map represents a huge diplomatic success for Turkey. The Turks, who seized control of the former PKK stronghold of Afrin in March, won another victory against the group in Syria. Moreover, it is quite significant that Turkey forced the PKK out of Manbij in cooperation with the U.S. and without having to conduct a military operation there.Turkey-U.S. relations had been strained since 2013 due to disagreements over Syria. The Turkish government’s initial disagreement with the Obama administration over the future of Bashar Assad and the moderate rebels evolved into a full-blown crisis due to Washington’s support for the terrorist organization PKK and its Syrian branch, the People’s Protection Units (YPG), in the name of fighting Daesh.

Having failed to deliver on his promise to secure the YPG’s withdrawal from Manbij, former U.S. President Barack Obama effectively terminated the Train & Equip program, which was the only remaining area of cooperation between Ankara and Washington in Syria.In recent years, U.S. Central Command (CENTCOM) accounted for escalating tensions between Turkey and the United States by selling the White House on a plan to defeat Daesh by delivering weapons and ammunition to the YPG militants. Misguided by Obama leftovers, the Trump administration further deepened the crisis by opting to work with the YPG, rather than Turkey, in the Raqqa operation.

In the end, however, Rex Tillerson’s initial efforts and Mike Pompeo’s commitment to repairing the relationship yielded results and the Manbij road map was created.The joint Turkey-U.S. patrols in Manbij represent concrete cooperation between the two countries, which could be the way out of the current crisis. For the first time since the Syrian civil war broke out in 2011, the two countries are actually working together on the ground. Obviously, their cooperation in Manbij could have a positive impact on a range of other issues, which have poisoned the relationship in recent years.

To be clear, it took a lot of effort to get here. In the wake of the July 15, 2016 coup attempt, Turkey adopted a new national security strategy and, in line with that new approach, launched cross-border operations against security threats in Syria and Iraq. The Turkish military successfully completed Operation Euphrates Shield and, under an agreement with Russia, carried out Operation Olive Branch. Finally, Ankara reached an agreement with the U.S. on Manbij and launched a ground offensive against the PKK’s command center in the Qandil mountains in northern Iraq – all against the backdrop of upcoming elections in Turkey. Under the circumstances, Turkey deserves credit for taking necessary risks to protect its national interests.

Ankara’s ability to cooperate with Moscow in Syria was the first step in the right direction. The Turkish-Russian rapprochement resulted in the Astana process, the Idlib agreement and the liberation of Afrin. In light of those developments, Washington was compelled to keep its promises to Turkey. Thus, Turkey’s fight against the PKK entered a new stage.

Today, Turkey finds it increasingly easy to work with its traditional ally, the United States, in Syria and, more broadly, the Middle East. After all, both countries have a vested interest in the stabilization and reconstruction of Syria and Iraq and the containment of Iran’s regional ambitions.

Let us hope that this fresh start will lead to closer cooperation in the area east of the Euphrates River and across Syria and Iraq.

Possible Kurdish reactions to the presidential elections
Next
Loading...
Loading...
We use cookies to ensure that we give you the best experience on our website. If you continue to use this site we will assume that you are happy with it.Ok