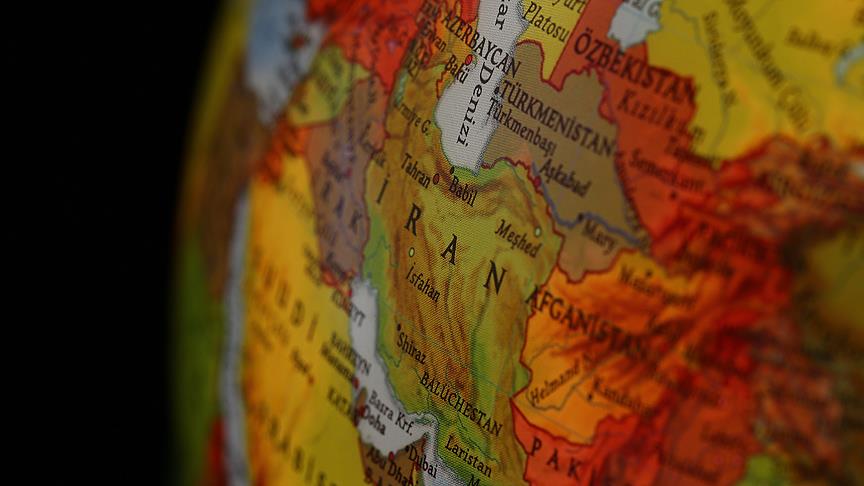 Facing US pressure, Iran looks for a way out of crisis

The war of words between U.S. President Donald Trump and his Iranian counterpart, Hassan Rouhani, entered a new stage, as Iran's president, commonly known as a moderate reformist, moved closer to hardliners such as Supreme Leader Ali Khamenei and General Qasem Suleimani.

The war of words between U.S. President Donald Trump and his Iranian counterpart, Hassan Rouhani, entered a new stage, as Iran’s president, commonly known as a moderate reformist, moved closer to hardliners such as Supreme Leader Ali Khamenei and General Qasem Suleimani. Addressing a group of ambassadors on Sunday, Rouhani responded to Washington’s oil embargo against his country by warning that “peace with Iran is the mother of all peace and war with Iran is the mother of all wars.” He added that the U.S. president must not “play with the lion’s tail.” President Trump responded to Rouhani’s remarks with a strongly-worded statement on Twitter: “Never, ever threaten the United States again or you will suffer consequences, the likes of which few throughout history have ever suffered before.”

The U.S. president, whose approach to diplomacy relies heavily on social media, wants to make sure that the Iranians, just like North Korea, fall into line. The Trump administration’s goal is to renegotiate the Iran nuclear deal, from which the U.S. withdrew earlier this year despite efforts by Britain, France, China, Russia and Germany to keep it alive. Tensions have escalated between Washington and Tehran over a pending embargo on Iran’s oil exports and the Iranian government’s threat to retaliate by closing the Hormoz strait.

To be clear, President Trump isn’t alone in his advocacy of hard power and open threats. Several hawks, including National Security Advisor John Bolton and Secretary of State Mike Pompeo, support his agenda. Pompeo on Sunday said during a speech at the Reagan Presidential Library that Iran’s leaders resembled “the mafia more than a government” citing the level of corruption in the country. The following day, Israeli Prime Minister Benjamin Netanyahu praised President Trump and Secretary Pompeo for their “strong stance” on Iran. Needless to say, Netanyahu has benefited more than any other regional leader from the growing anti-Iran sentiments in the Middle East. Last week, he pushed a racist piece of legislation, the Jewish Nation-State Law, through Parliament and proceeded to take credit for determining “the founding principle of our existence a hundred and twenty-two years after [Theodore] Herzl made his vision known.” Meanwhile, Saudi Arabia has reportedly agreed to boost its oil production to offset the decline in Iranian exports.

Since May, the Trump administration has been supporting anti-regime protests in Iran. The United States expects the Iranians to meet twelve demands if they want to sign a new nuclear agreement. Four of those demands relate to Tehran’s nuclear program, whereas the remaining eight concentrate on Iranian “expansionism” – a key concern for Israel and the Gulf countries. The U.S. demands that Iran release all U.S. citizens, end its support to Hezbollah, Hamas and the Islamic Jihad, withdraw from Syria, end its support to the Houthi rebels in Yemen, terminate the Quds Force’s activities, end its support to the Taliban and Al Qaeda, and end its threatening behavior against its neighbors. Although those terms are obviously unacceptable to Tehran, the threat of an embargo looms over the Iranians as Washington threatens to put “unprecedented financial pressure” on the country. U.S. officials have been warning multinational companies against doing business with Iran. Most recently, a delegation of U.S. Treasury officials visited the Turkish capital Ankara to meet with business leaders and share their concerns.

Others believe that Washington’s threats against companies doing business with Iran will do more harm to the global economy than a trade war with China. Facing economic pressures due to the rial’s rapid devaluation, Iran could move to consolidate regime elements and crack down on protests for a little while longer. But the country will experience serious challenges at home and abroad. The protests against Iranian domination in Basra suggest that the Trump administration has the power to swing public opinion even within Iran’s sphere of influence. Closing the Hormuz Strait to retaliate against the United States, by contrast, could lead to further isolation. As a matter of fact, even China is opposed to that measure. Meanwhile, it remains unclear what exactly President Trump discussed with Russian President Vladimir Putin in Helsinki regarding the removal of Iranian forces from Syria.

A lot of things could happen over the next four months. Let us see what, if anything, the Iranians will do to save themselves from the Trump administration.

Brunson, Gülen and the unacceptability of an asymmetrical relationship
Previous

Trump's Russia dilemma
Next
Loading...
Loading...
We use cookies to ensure that we give you the best experience on our website. If you continue to use this site we will assume that you are happy with it.Ok