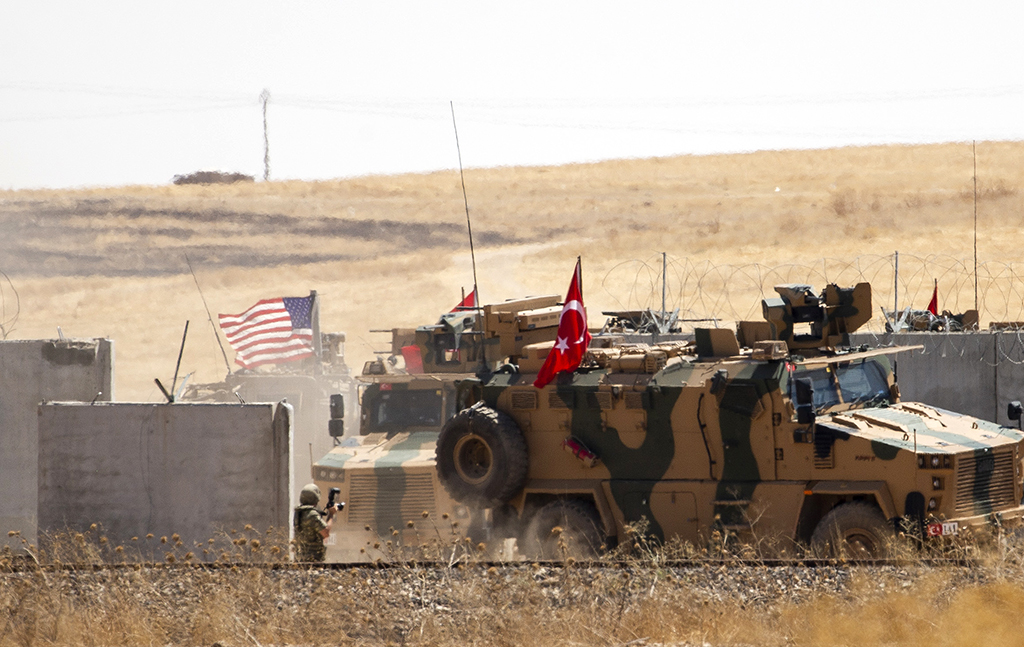 Turkey will not accept the legitimization of the PKK/YPG east of the Euphrates River in northeastern Syria, experts said Monday.

Ankara should prepare for a military solution to establish a safe zone, Murat Aslan, a faculty member at Hasan Kalyoncu University in Gaziantep and a researcher at the security studies directorate of Foundation for Political, Economic and Social Research (SETA), told a panel in Ankara regarding Turkish-American relations in the context of a Syrian safe zone.

Nursin Atesoglu Guney, a member of Turkey’s Presidential Security and Foreign Policy Council said: “Turkey’s expectations about safe zone agreement have not been fulfilled yet.”

Turkish President Recep Tayyip Erdogan said Sunday that Turkey will go on its own if the establishment of a safe zone east of the Euphrates in northern Syria does not start by the end of September.

On Aug. 7, Turkish and U.S. military officials agreed to set up a safe zone in northern Syria and develop a peace corridor to facilitate the movement of displaced Syrians who want to return home. They also agreed to establish a joint operations center.

The agreement also envisaged setting up necessary security measures to address Turkey’s security concerns, including clearing the zone of the terrorist YPG/PKK, a group the U.S. has sometimes been allied with, over Turkey’s objections.

There are serious differences between the expectations of U.S. and Turkey regarding the safe zone, said Executive Director of the Washington-based SETA, Kadir Ustun.

Ustun stressed that there is no consensus on the scope, depth and implementation process of the safe zone.

Erdogan said Turkey and the U.S. are discussing a safe zone in northern Syria but with every step taken it is seen that what Turkey wants does not match with what is in the mind of the U.S.

“It seems Turkey’s ally is after a safe zone in northern Syria not for Turkey but for the terrorist group. We reject such an approach,” he added.

Turkey and the U.S. military personnel completed Sunday the first joint ground patrol for the establishment of a safe zone east of the Euphrates.

The patrol was backed by unmanned air vehicles and helicopters.

The YPG is the Syrian offshoot of terror group PKK, which has been responsible for the deaths of nearly 40,000 people in Turkey, including many children, women, and infants, for more than 30 years.

Military activity in Syria must be boosted by diplomacy
Previous

Insight Turkey Publishes Its Latest Issue “Turkey in a Changing World: Responses to Domestic and Regional Dynamics”
Next
Loading...
Loading...
We use cookies to ensure that we give you the best experience on our website. If you continue to use this site we will assume that you are happy with it.Ok