Round Table Discussion: “Racism and Discrimination Against Muslims in Education”

Within the scope of its special consultative status to ECOSOC, SETA will organize a side-event during the “Twelfth Session of the Forum on Minority Issues –Education, Language and the Human Rights Of Minorities” organized by the UN Human Rights Office of the High Commissioner. Based on the findings of the European Islamophobia Report 2018, Enes Bayraklı (co-editor of the report) and Léonard Faytre (author of France Islamophobia Report) will debate to what extent educational rights of Muslims minorities are violated in European countries. The panellists will discuss a range of discriminations against Muslims in education, such as:

– The lack of proper education on Islam.

– The exclusion from school of pupils and students wearing headscarves and other “signs” attributed to Muslim identity.

– The State’s deprivation of public aid from Muslim private schools.

We would be honoured to have you at our event. 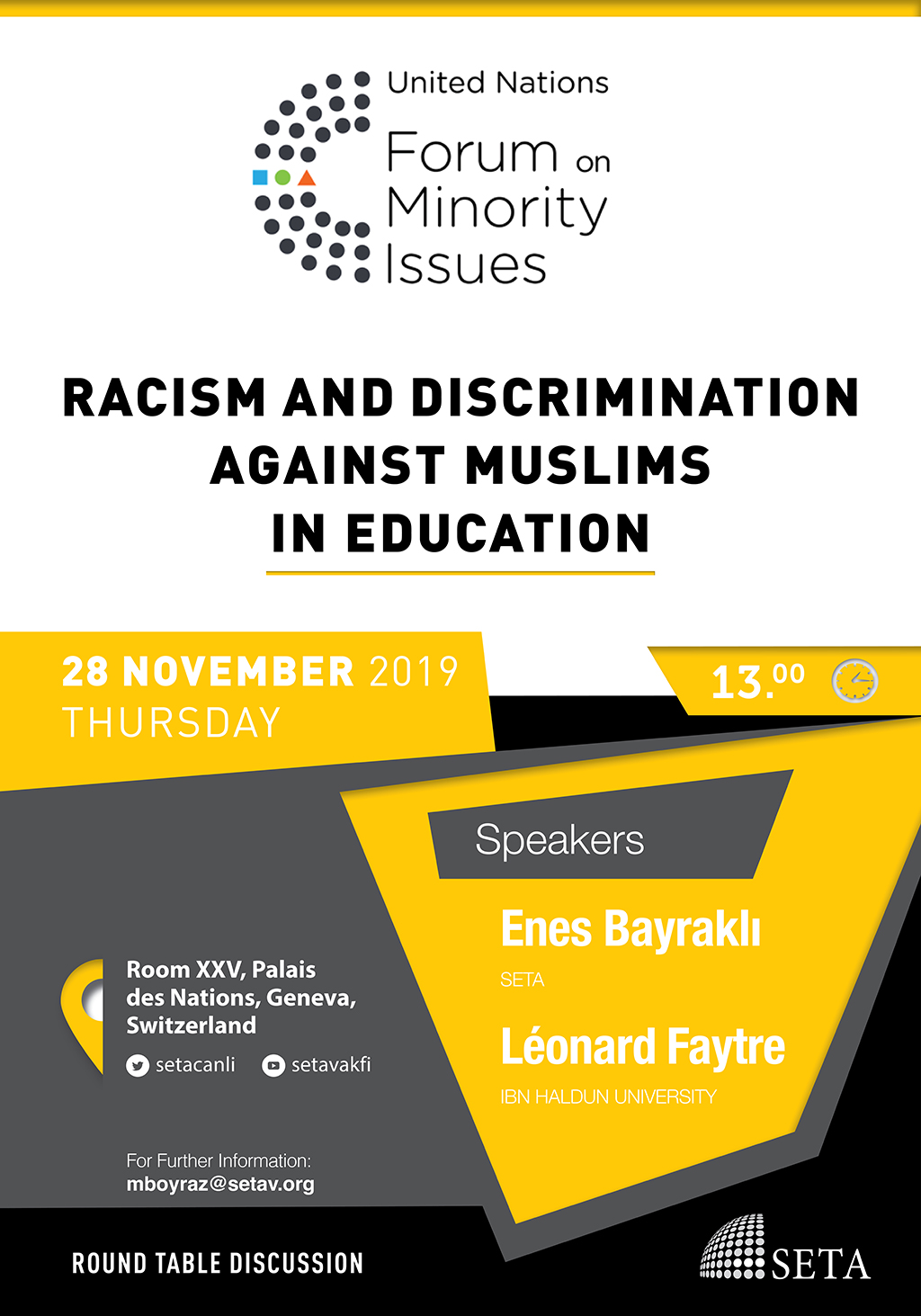 Register
Loading...
Loading...
We use cookies to ensure that we give you the best experience on our website. If you continue to use this site we will assume that you are happy with it.Ok