Panel: The Battle of Tripoli | Between Internal Division and the Regional Lineup

The clashes and the ongoing power struggle in the south of Tripoli in recent months demonstrate that the expectations of stability are undermined and that the country has transformed into one of the regional states’ competition areas. Haftar’s attempts to establish a de facto government in eastern Libya, his efforts to form alliances with the various tribes in the south of the country, and his recent attack on Tripoli indicate that restoring peace and stability in the country will be an arduous task. While Haftar’s attacks on Tripoli were repelled by the Government of National Accord, the conflict also demonstrated an expansion of the regional rivalry where Turkey is on one side and several other regional players are on the other. 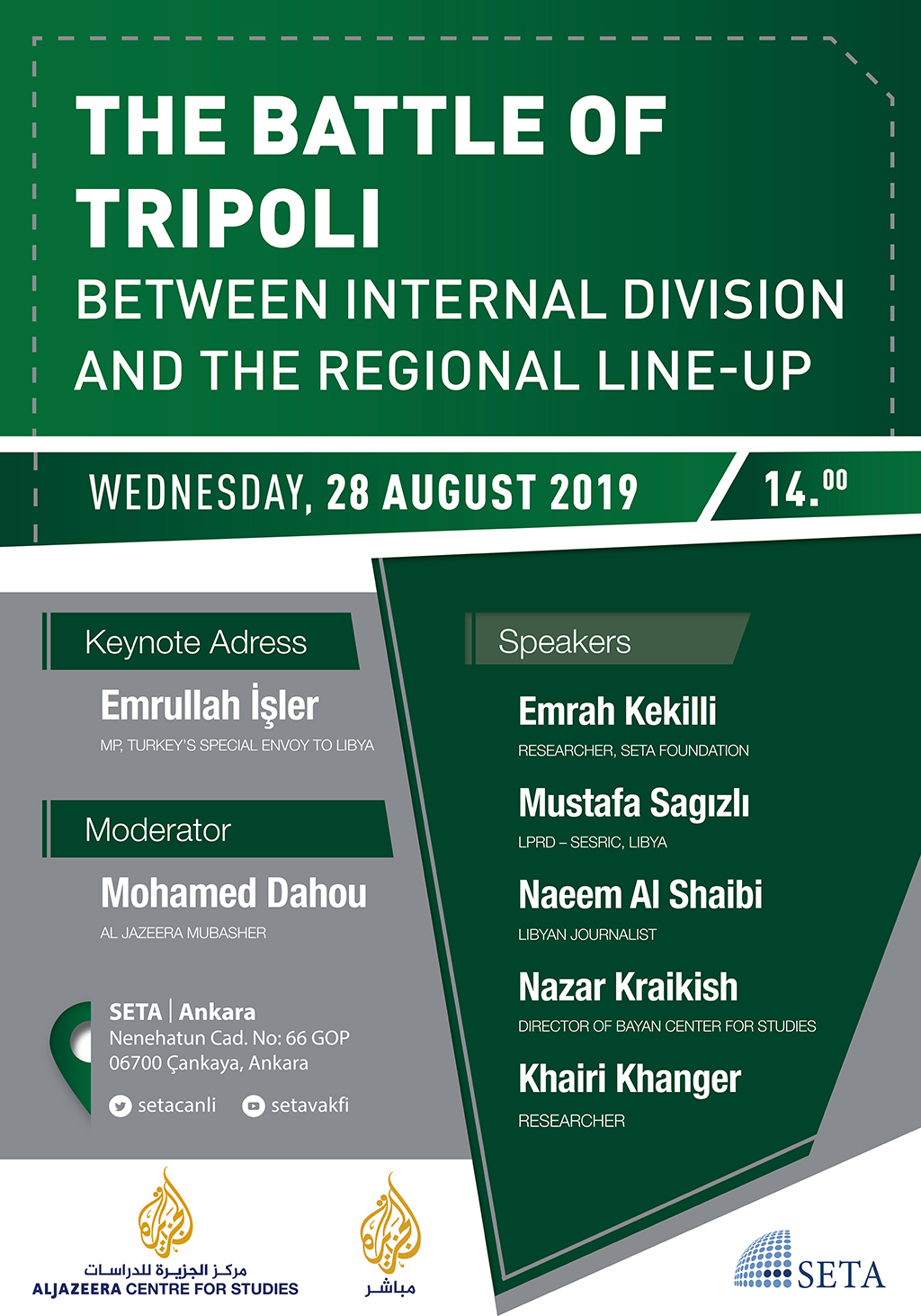