On 9 October, the Syrian National Army and the Turkish Armed Forces launched a joint military operations to clean northeastern Syria from the presence of terrorists organizations such as the PKK/YPG and Daesh. The international community is following the ongoing operation very closely and the motivation, reasoning and the aims of the Syrian opposition and their perspective about the operations, the anti-terrorism campaign and the future of Syria is of utmost importance. This panel aims to give the Syrian National Army a platform to

Not: The panel will be held in Arabic and simultaneous translation services to English will be provided. 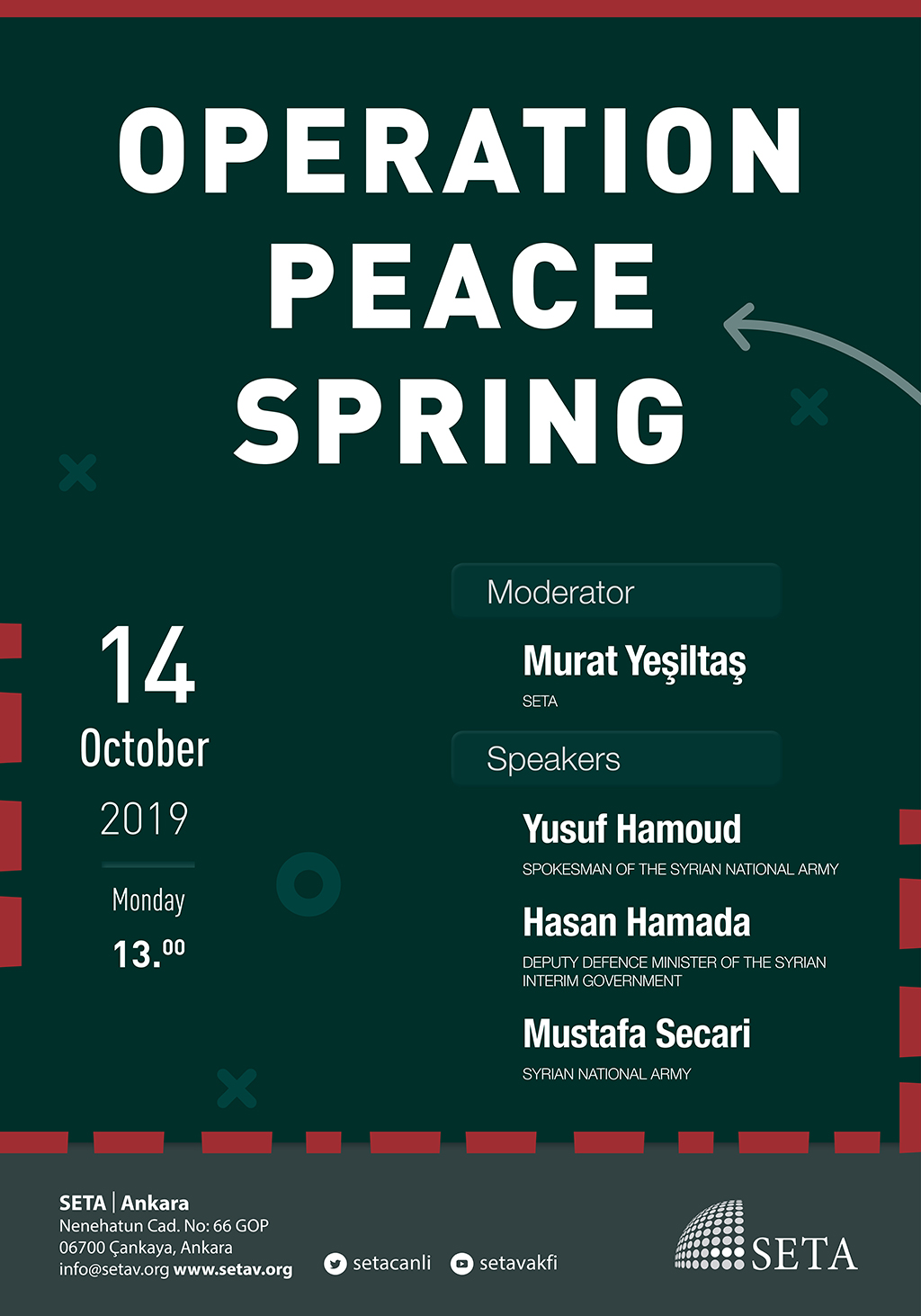