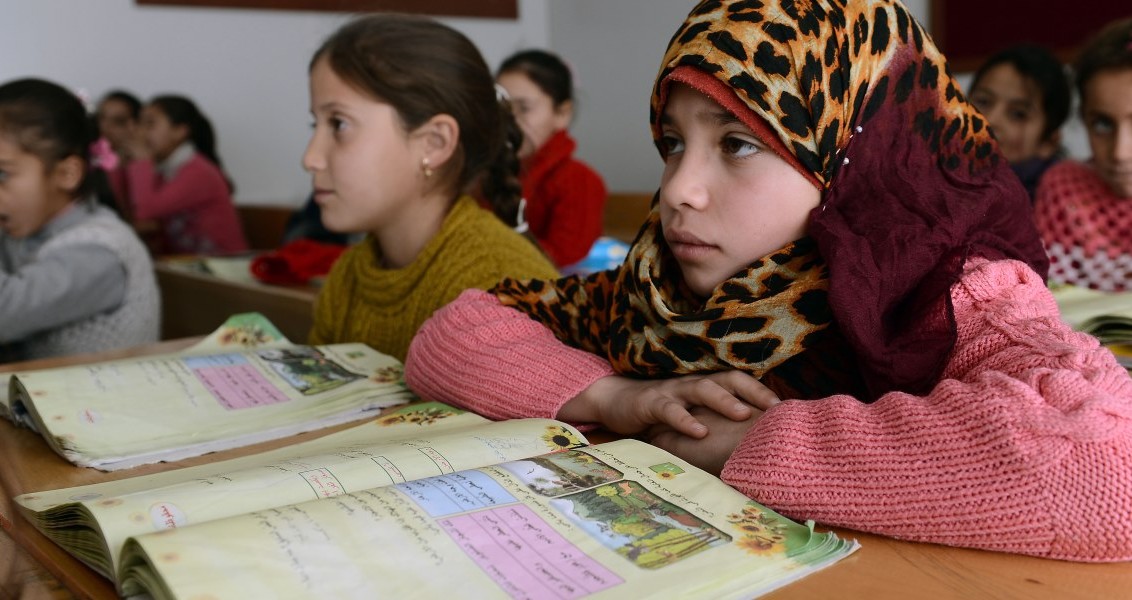 The EU's 3 billion euros of aid to Ankara for Syrian refugees in Turkey is criticized by experts who say that the amount is not even sufficient for covering the education needs of the refugees, let alone their other needs

Müberra Nur Emin from SETA told to Daily Sabah on Friday that the 3 billion euros of aid from the EU is a “very small amount,” and that it would barely meet the needs of education alone. Turkey and the EU recently agreed to prioritize investments in education and health under aid projects for Syrian refugees in Turkey from the EU’s 3 billion euros of funding to Ankara, which Emin believes is insufficient. In a recently published report about the education of Syrian refugee children in Turkey within basic educational policies, Emin said solutions must be found as refugees are unlikely to return in the near future.

A panel on the subject was organized on Wednesday at which Yusuf Büyük, the deputy undersecretary of the National Education Ministry, provided up-to-date numbers and details on the Syrian children obtaining an education in Turkey. The report recently written by Emin provided suggestions to address the needs of Syrian refugees and underlined that “the integration of these refugee children is a must since these refugees will not be returning home anytime soon.”

Emin said: “The Turkish authorities have always planned in accordance with them returning to their homes. However, with the crisis continuing and the number of refugees increasing, the plans had to be altered.” She said that in the process of conducting the study she had visited a number of refugee camps in the southeast and that at least five babies are born each day in the camps. With such a large increase in refugee children, Emin said that the necessity for education and health services has also increased. “It was difficult to obtain data on the refugees from the Turkish authorities until the establishment of the Directorate General of Migration Management,” she said. Emin said that according to UNICEF’s data from 2015, which is also included in her report, 90.6 percent of the children in refugee camps obtain an education, but drops to 26.3 percent outside the camps. Underlining the underlying reasons, Emin said it is mainly due to the economic needs of families, thus children, mainly secondary school age, leave school to earn money. Another reason was the lack of school buses to education centers, which are located far from where many refugees live, which discourages attendance.

Commenting on the international community and organizations’ contributions to the refugee crisis, Emin said that although UNICEF did not contribute during the early periods of the crisis, the organization has done what it needed to do but it is still not sufficient. Stressing that the 3 billion euros would barely meet the needs of education, Emin also urged the international community to contribute more. While children obtain an education at temporary education centers in Arabic with Syrian curriculum, she suggested that there is a need for a common curriculum that meets the standards of both Turkish and Syrian children in the long term. Emin said the number of school age children unable to obtain an education is currently 325,000. The report provides comprehensive suggestions to address the shortcomings in providing education to Syrian children in Turkey and stresses that accurate data must be obtained by the Migration Management office.

Turkey's Plan on the Refugee Deal Leaves EU Under Stress
Next
Loading...
Loading...
We use cookies to ensure that we give you the best experience on our website. If you continue to use this site we will assume that you are happy with it.Ok