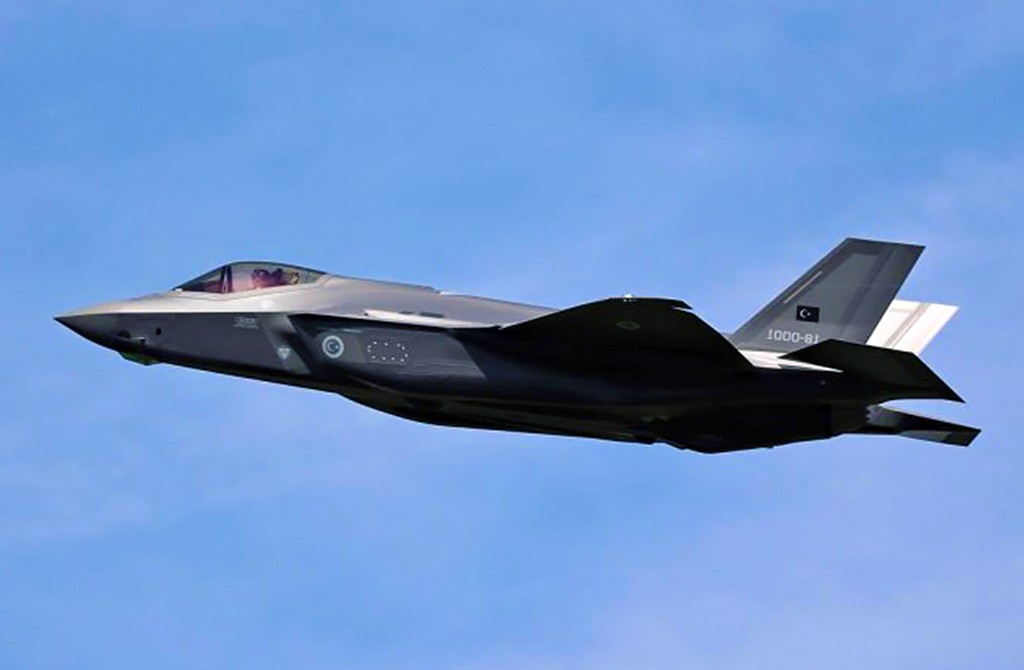 According to Acting U.S. Secretary of Defense Patrick Shanahan’s letter to his Turkish counterpart, Defense Minister Hulusi Akar, Washington is threatening to suspend Turkey’s participation in the F-35 program. Those claims, still unconfirmed by either side officially, indicate that the S-400 controversy is about to reach the next level.

The Pentagon and U.S. State Department have been trying to talk Turkey into postponing the S-400 system’s pending delivery. Although the Turks denied that request, Washington is keeping up the pressure. Keeping in mind that Congress has an overall negative attitude toward Turkey, the only remaining question is what U.S. President Donald Trump will do. It is no secret that Ankara won’t back down and is urging Trump to grant Turkey a waiver to protect it from the Countering America’s Adversaries Through Sanctions Act (CAATSA).

Whether the U.S. president will push back against Capitol Hill’s incessant efforts to limit the executive’s foreign policy powers and meet Turkey’s demand is absolutely crucial. In other words, it remains to be seen if Trump will show the same initiative for Turkey as he did for Saudi Arabia and the United Arab Emirates (UAE). Or will he succumb to the establishment’s pressure and forget what he promised to President Recep Tayyip Erdoğan?

Turkey-U.S. relations have suffered major setbacks since 2013. Washington’s failure to extradite Fetullah Gülen, the mastermind behind the 2016 coup attempt, to Turkey, a U.S. lawsuit against Halkbank and American support for the People’s Protection Units (YPG), the PKK terrorist organization’s Syrian affiliate, immediately come to mind.

Additional challenges include a resolution in favor of Greek and Greek Cypriot interests in the Eastern Mediterranean, and the so-called “deal of the century.” As a matter of fact, the only possibly positive development relates to the creation of a safe zone in northeastern Syria. Perhaps one could also add the chemistry between Trump and Erdoğan.

Yet the uncontrollable escalation of the S-400 tensions and its side effects, such as Turkey’s exclusion from the F-35 program and a military and/or economic embargo against Ankara, could shake the very foundation of the alliance between Turkey and the United States.

Obviously, I am not talking about the Western media’s calls for Turkey’s removal from NATO. Those are merely talking points designed to mount pressure on the Turkish leadership. NATO has to make decisions unanimously and lacks a mechanism to remove member states. Nor am I talking about the irreconcilable clash of interests between the two allies. The real danger is that the deteriorating relationship will reshape national identities. The United States could emerge as the “other” for the Turkish national identity, which goes beyond anti-Americanism.

A new wind of nationalism blows through the world. Trump’s victory in the 2016 U.S. presidential election, like Brexit, was a product of this trend. Nationalism, in its various shapes and colors, is the top issue in many countries from Russia, China and India to France and Austria. As the liberal world order allegedly crumbles, nationalism seems to emerge as today’s most influential ideology.

Many thinkers remind us that nationalism has exerted more influence on the international system for the last 500 years than any other factor. That the same wave could somehow bypass Turkey is unthinkable – especially because the country has been under external attack for six years and has resisted them. In July 2016, the Turkish people took to the streets to ensure that Turkey would not turn into Syria.

They proved capable of taking care of their own business. Desperate to prevent Russia from entering the weapons market, U.S. Congress must refrain from excessive anti-Turkish sentiment. Responding to a Turkish offer to form a joint study group on the S-400 system with an embargo would create a very strong and permanent nationalist reflex in Turkey. When it comes to national security and an autonomous foreign policy, that reflex will inevitably be based on anti-Americanism.

Repercussions of US presidential polls
Previous