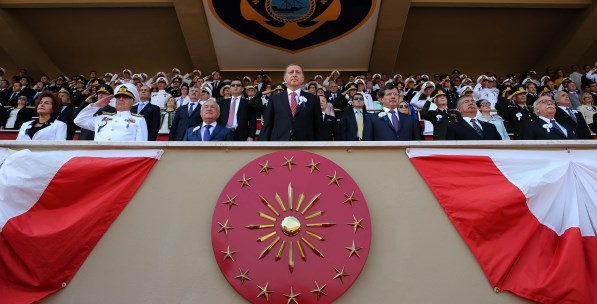 Erdoğan’s Politics and His Presidential Mission

The New Turkey project that is at the center of Erdoğans reform is comprised of three factors: independence, democracy and development.

If we take a look at the collapse of the Western-centered world in the 1990s one can see the preceding 1945 period and onward as a sign of modern liberal political crisis wrapped around a capitalist versus communist strife which as a result created fault lines in the political atmosphere. The trauma that emerged within the groundwork of modern Turkey in its early days was so engrained that it created many political crises. To this extent the structural breaking points that were experienced in the transitional periods this opportunity laid the foundation for reformist political actors to emerge in the political scene.

Recep Tayyip Erdoğan was one of the reformist political actors that emerged with breakthrough developmental policies which quickly brought him to the position of one of the most influential leaders to have ever come in the history of modern Turkey. What makes him such an important figure is the fact that he played a major role during the time when Turkey was experiencing a major political crisis and Erdoğan was able to respond with a great restoration plan. This picture reveals that the political role played by Erdoğan is reconstructing the political order in the country.

Erdoğan’s leadership within the restoration period represents the struggle with a tutelage regime from the past and on the other hand there is a struggle to rebuild institutions from within politics. As a result of Erdoğan’s struggle we witness a centralization of government that is different in the sense that the people and state are brought together on a single platform which has rendered a new path towards democratization. In the same vein, the economic progress made much improvement along the lines towards better development. In tandem to these domestic improvements in Turkey, the country was ushered into the center of international arena as an active player in the field.

Erdoğan’s “constructivist” approach to executive power in the presidency will allow new institutions to be established. The “New Turkey” project that is at the center of Erdoğan’s reform is comprised of three factors: independence, democracy and development. The two goals aimed at improving the society and its institutions include local values being used to reform and rebuild society from within. At the same time, in order to achieve a democratic pluralist citizenry, it is also necessary for the reformed society to pursue a rectified political agency. These two objectives are inseparable from one another.

The Myth of Anti-Westernism
Previous

Palestinians in East Jerusalem: Road Map to Annexation
Next
Loading...
Loading...
We use cookies to ensure that we give you the best experience on our website. If you continue to use this site we will assume that you are happy with it.Ok