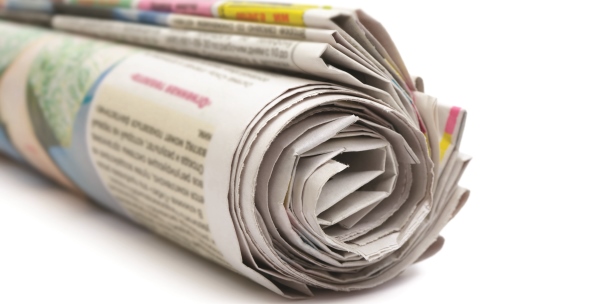 Economist, Mind Your Own Business

As a NATO member and a regional power, Turkey is too important to cut adrift. It will play a vital role in any peace in Syria… Turkey has also been a conduit for refugees into the EU as well as vital in controlling their inflow. The refugee situation is in flux: the EU will need to keep talking to Turkey about how to cope with the resulting instability.”

These sentences were published in this week’s Economist magazine. For quite some time now, we have not come across sentences mentioning the “importance of Turkey” in the main outlets of mainstream Western media, the Economist foremost among them. To what do we owe this pleasure?

As a writer living in Turkey and observing the increasing amount of anti-Turkey news and commentaries in Western media, I know that these sentences are not being written to refer to Turkey’s value but instead as a result of an attempt to interfere in Turkey’s politics. The Economist is fighting, along with many other Western media organs, for the “no” campaign in the referendum on constitutional changes that will occur on April 16 in Turkey. It has clearly picked a side, supporting the “no” campaign, and even more, actively campaigning for the “no” result.

The fact that there are political, ideological, and cultural motivations for this biased approach is known to all. This biased approach, which finds its voice in anti-Erdoğanism, is unfortunately far from the correct understanding of the main dynamics of Turkey’s political reality. Let me try to explain why. Let us first look at why the Economist magazine says “no” should win in the April 16 referendum.

The magazine’s cover page explains everything, in truth. On the cover, there is a photo of an angry President Recep Tayyip Erdoğan, with his right hand raised in a fist and his left hand holding a microphone. Two-thirds of the photo is red, to symbolize Turkey. “Dark clouds” are placed at the top of the cover and the Turkish flag is mostly hidden behind these clouds. The cover’s title is, “Turkey is sliding into dictatorship.”

What type of dictatorship is the Economist talking about? Had they not declared Erdoğan a dictator first in May 2013? As it analyzed Turkey’s politics, did it not do so through Erdoğan’s supposed dictatorship as its main reference? What’s new now?

According to the Economist, if a “yes” result comes out of the April 16 referendum, Turkey will be led by an “elected dictator.” This idea of “elected” and “dictator”— it sounds interesting, doesn’t it?

In its article, the Economist presents Turkey’s past 15 years in a truly warped fashion. It says that Erdoğan did do some good things after coming to power in 2003, that he lowered inflation, sped up economic growth, tightened the area of military tutelage and the deep state, and that he expanded areas of freedom. However, according to the Economist, Erdoğan was only able to do these “good things” in the economy and politics by following the International Monetary Fund (IMF) and the European Union respectively. What about today?

The Economist says that Turkey is involved in campaigns against the regime as well as “jihadists” and “Kurdish fighters” in the shadow of the Syrian civil war, the powers in the army, bureaucracy, and judiciary, connected to the American-based cult leader Fetullah Gülen, attempted a coup last summer, the economy has slowed and that tourism has collapsed.

After drawing such a problematic picture of Turkey, it lays the blame for all this at Erdoğan’s feet. And then it follows up by stating that in order not to strengthen Erdoğan, “no” votes need to be cast in the referendum.

However, the dynamics of Turkey’s politics are functioning quite healthily and Turkey is building a new administrative system within the legal bounds and appropriate to democratic practices. A “yes” vote may come out on April 16, or a “no.” But this decision will be made by the Turkish public. It is Parliament that brought Turkey to this process. There is a constitutional change package in front of us, supported not only by the ruling party Justice and Development Party (AK Party) but the opposition Nationalist Movement Party (MHP) as well.

The main issue within this constitutional change is to prohibit the constitutional crises that have occurred since the transition to a multi-party state in the 1950s. It is to close off Turkey’s politics to manipulation and intervention by tutelary actors. Turkish politics’ main actors, from former presidents Turgut Özal to Süleyman Demirel, have stated since the 1970s that Turkey needs a new administrative system and that it should be a presidential system.

In the end, we are talking about an 18-article change. With these changes, political stability and strong leadership will be institutionalized and the executive branch will be made more effective. The legislative branch will be taken away from the executive branch and will focus more on its actions within legislation and its role as a check on the executive. The judiciary will democratize, and military jurisdiction will vanish. Along with all of these, due to the nature of the new administrative system, reconciliation will become an inseparable part of the legislative and executive processes.

I can understand that these are all things that those who finance media organs such as the Economist do not want happening. But it is the right of Turkey’s public to want these for itself. No one can prevent this. I think the Economist magazine should stop dealing with Turkey and start talking about the disappearance of that dream-like “liberal Europe” it keeps defending when it can. And, it should not forget to confess the mistakes that media organs like itself made in the collapse of liberal Europe.

Turkish Constitutional Referendum and Beyond
Next
Loading...
Loading...
We use cookies to ensure that we give you the best experience on our website. If you continue to use this site we will assume that you are happy with it.Ok