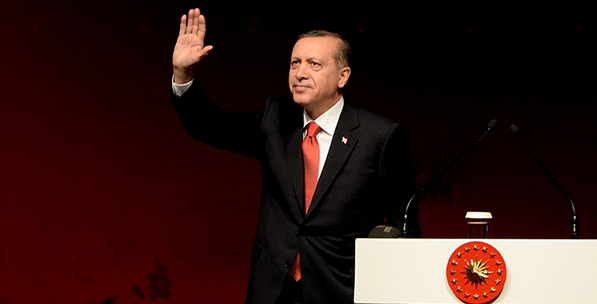 Drop the Current Line of Criticism About Turkish Foreign Policy

In recent months, a number of U.S. think tanks and media outlets published articles questioning the future of Turkey’s alliance with the West and the Ankara-Washington partnership. A main concern is that such criticisms, which have adopted an outright accusative tone, seem preoccupied with developing wholesale, ideologically-charged assessments rather than making concrete suggestions regarding the country’s foreign policy. Such analyses of Turkish foreign policy date back to President Recep Tayyip Erdoğan rushing away from the podium at the 2009 World Economic Summit in Davos, when more than a few observers jumped to the conclusion that the Justice and Development Party (Ak Party) government’s foreign policy was informed by ideology. Over the past years, we have seen similar comments being made on a range of issues to occasionally contradict each other: Turkey has been accused of being pan-Islamist, neo-Ottomanist, pro-Muslim Brotherhood, pro-Iran and pro-Sunni, among other things.

To be clear, Turkey’s relationship with Western nations has changed to some degree on certain concrete issues. The country, for instance, refused to concentrate on the Ukraine crisis in its relations with Russia and opted out of EU sanctions to pursue a new natural gas pipeline. As a matter of fact, there is chance that Russia will build Turkey’s first nuclear reactor. Meanwhile, Ankara and Moscow clearly do not see eye to eye on a number of issues including Syria and the Cyprus conflict at a time when U.S. Secretary of State John Kerry, who just admitted that Washington might have to work with Bashar Assad, finds himself closer to Russia than Turkey.

The main problem here is that the above situation does not raise red flags about NATO. Nor do commentators recall that Turkey was accused of moving away from the Western alliance and serving Iran’s interests for promoting dialogue – which has reportedly reached its final stages today. Again, many observers conveniently ignore the fact that Turkey’s ongoing talks to purchase Chinese missiles relates to a broader effort to bolster its national defense industry through technology transfer. At the same time, the country faces pressures for allegedly failing to support the anti-ISIS campaign. It is only normal for Turkey, a country that suffered the consequences of civil war in Iraq and Syria most heavily, to concentrate on its own priorities within the broader anti-ISIS struggle and keep border security and the future of its neighbors in mind. The anti-ISIS struggle alone will not determine the future of Syria considering that serious threats associated with the Assad regime and Shiite militants remain relevant to policy-making. Like U.S. President Barack Obama admitting in retrospect that invading Iraq did entail certain negative consequences, a future president might state that Washington did play a part in the Syrian quagmire – but that won’t be helpful either. Having outsourced the anti-ISIS campaign to local players and currently considering talking to the Assad regime, the Obama administration must revise its own Syria policy, which hardly sets out a roadmap for the post-ISIS period.Furthermore, we must distinguish between requesting more active participation from Turkey and trying to put pressure on Ankara by publishing baseless allegations about Turkish support to ISIS militants. Let there be no mistake: The popular claim that Turkey is moving away from NATO and its alliance with the West derives from the country’s polarized political landscape and the opposition’s anti-AK Party sentiments It goes without saying that uncertainties associated with three elections contributed to speculation about Turkey’s supposedly ideologically-charged foreign policy, while the opposition’s arguments have been put to work in order to influence the government’s policies – which is, to some extent, understandable since the exploitation of domestic issues to twist another country’s arm as a useful instrument in international affairs was not invented yesterday. The problem, however, is that this

The G20 and the Governance of Global Finance
Previous
The Gulf's Fear of Iran'
Next
Loading...
Loading...
We use cookies to ensure that we give you the best experience on our website. If you continue to use this site we will assume that you are happy with it.Ok