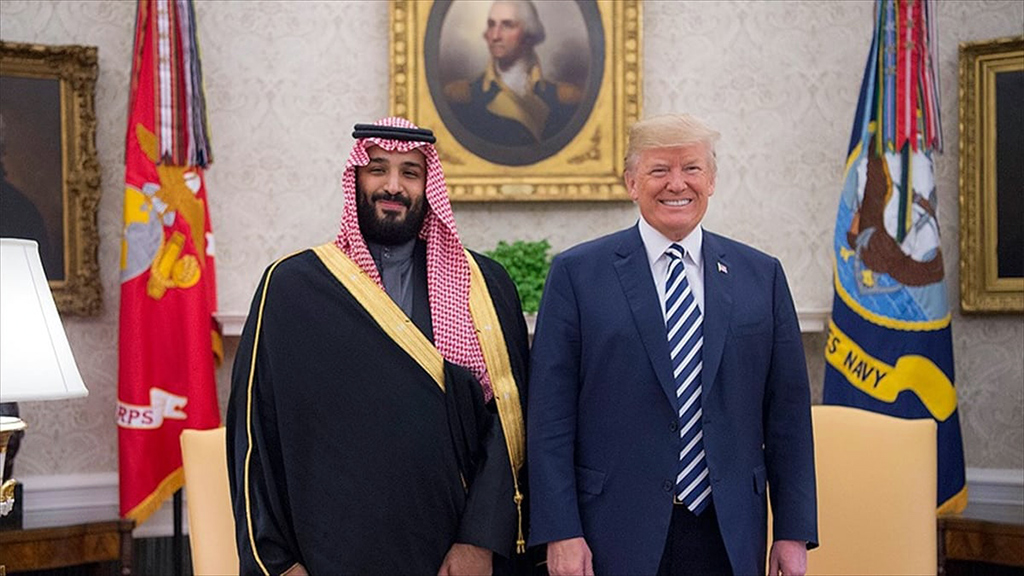 Almost every foreign policy crisis in the United States in the last few years has shown the difficulty of responding due to the lack of a strategy or coordination.

Almost every foreign policy crisis in the United States in the last few years has shown the difficulty of responding due to the lack of a strategy or coordination.

During the tension and negotiations with North Korea we saw that discord in different branches of government. U.S. President Donald Trump’s reaction toward NATO and the Transatlantic Alliance was definitely at odds with different institutions of the U.S. The approach of the president and his intelligence community on Russia has been almost contradictory. Of course during the Qatar crisis we heard different voices from the U.S. administration and everybody was confused about the real representative of the U.S.’ position in these crises.Interagency disputes and competition to shape the strategy of the U.S. in regards to different issues are not something new and it is not specific for the U.S. However this competition has seldom produced so much contradiction and positions at odds with each other in U.S. foreign policy. In the recent crisis in regards to the disappearance and murder of Jamal Khashoggi, the voices coming from the U.S. represent serious disagreement one more time. The question of what the U.S.’ position should be in regards to this issue generated another challenge for U.S. foreign policy.

From the very beginning of the crisis, the White House tried to understate the significance of the incident that has been unfolding. According to The New York Times, it was mostly Jared Kushner in the administration that advised to wait for the tapering down of public interest in this case before making a statement, just like it did in the kidnapping of Lebanon Prime Minister Said Hariri and in the Saudi operations in Yemen. It can even be the Saudi lobbyists in Washington, D.C. that expected this issue to fizzle away in the rapid circulation of the different issues in the news media.

However the gruesome details about the incident made it hard to fade away in a short period of time. Trump emphasized the Saudi purchase of U.S. weapons worth of $110 billion, the Saudi cooperation in the war against terror, the need to have Saudi Arabia in dealing with Iran and finally in an interview with The Washington Post, he underlined that there is no one else to protect Israel in the region other than Saudi Arabia. After his conversations with the Saudi king and the crown prince, Trump emphasized that they both told him that they were not responsible and he seemed to be persuaded with this. Later when Saudi authorities announced the death of Khashoggi, Trump said that he still found Saudi Arabia’s explanation credible.

However intelligence agencies and U.S. Congress so far have been less impressed with the Saudi explanation. First of all it was reported early on that intelligence agencies intercepted a conversation about the Saudi intention to bring Khashoggi back to the country. Later, after Trump expressed his trust for the crown prince, it was reported that the intelligence agencies are increasingly convinced that the Saudi Crown Prince Mohammed bin Salman (widely known as MBS), played a role in the disappearance of Khashoggi. And finally a day after the U.S. State Department and the president made a statement saying that they never heard the tape of the killing of Khashoggi in the consulate, it was reported one more time that the CIA listened to an audio recording provided by Turkish authorities.

In the meantime, members of the U.S. Congress also sharply differed in their approaches to Saudi Arabia. While Trump was defending MBS, Sen. Lindsey Graham stated that the crown prince should not be in power anymore. While Trump announced that he found the Saudi story credible, Sen. Bob Corker and Congressman Adam Schiff wrote that they didn’t find the statement so credible. And while Trump constantly underlined the economic relations and weapon purchases of Saudi Arabia, congressmen including Jim McGovern introduced a bill to suspend any arms sales to Saudi Arabia until a statement from U.S. Secretary of State Mike Pompeo. In the meantime anonymous senior administration officials continue to express their skepticism to the Saudi narrative. One of those for instance spoke to The Washington Post and said the most prominent and high-level aides of MBS would not act independently without his formal approval on such a critical issue.

In fact it is not clear at this moment what the U.S. response to the murder and possible dismemberment of a journalist for The Washington Post at a consulate will be. Trump defends the crown prince but he also stated that there will be “severe consequences” if the Saudi government is involved in this issue. It is not clear what these consequences would be. Additionally, in his latest interview he mentioned that there can be some form of sanctions but once again it is not clear what they would be. Thus, it is not clear what these differing voices from the U.S. government and from different agencies can lead to and how they can shape the U.S. foreign policy. The emergence of such an incompatible approach in such an incident should be alarming for the foreign policy establishment in the U.S.

Turkey's 4 options in the wake of the Khashoggi assassination
Previous

Whither the People's Alliance?
Next
Loading...
Loading...
We use cookies to ensure that we give you the best experience on our website. If you continue to use this site we will assume that you are happy with it.Ok