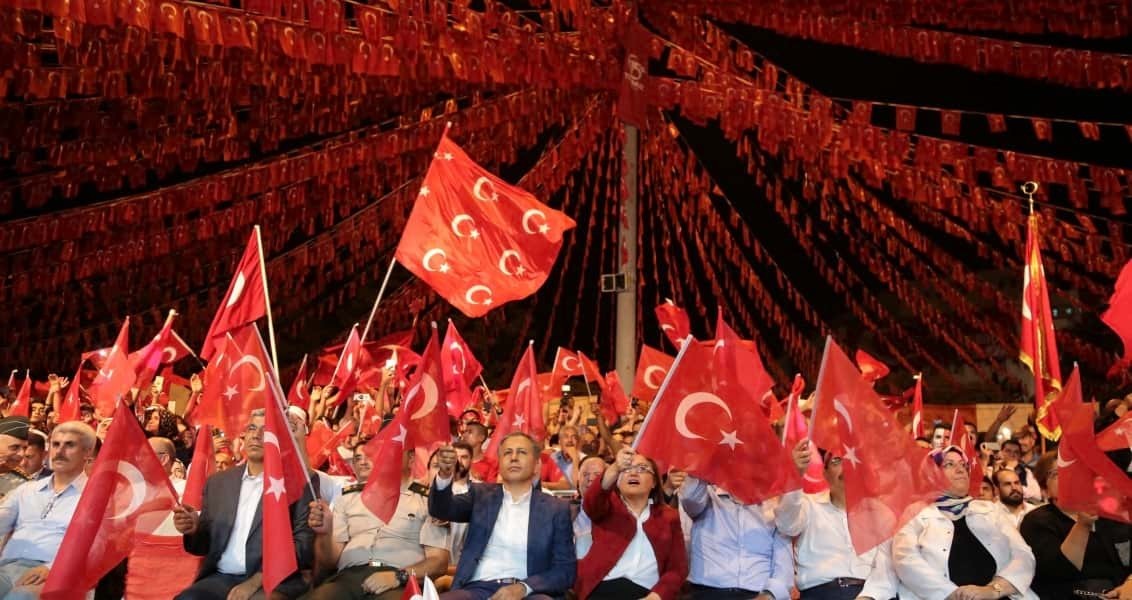 Defining the ‘National and Native’ Discourse

In recent years, the main discourse of the Justice and Development Party (AK Party) has been to be "National and Native."

Politics is about not just concrete policies but also discourse. Sometimes, discourse defines policy. Other times, policy generates the content of discourse. In recent years, the main discourse of the Justice and Development Party (AK Party) has been to be “national and native.”

This rhetoric has been employed in a range of areas including the war on terror, the new system of government and efforts to promote a sense of unity and solidarity. In other words, the “national and native” discourse aims to explain one’s identity and political goals as well as to develop an inclusive and founding language. It serves to transform Turkey into a more active player in the international arena – just as earlier references to “conservative democrats” and “our civilization.” As such, it is much bigger than the identity of a single political party. Instead, it has become a description of Turkey’s shared ideals that cuts across social groups.

It is therefore that the “national and native” discourse not only refers to the civic-democratic resistance against the July 15 coup attempt. At the same time, it encompasses the resistance against all the challenges and attacks that our country has encountered since 2013. It is about being from Turkey and promoting the consciousness of putting Turkey’s interests first. As such, both the “secular” PKK and the “religious” Gülenist Terror Group (FETÖ) are being sanctioned by the people because they work against Turkey’s interests. Likewise, Turkey’s criticism against the international order, along with the problems in the European Union and NATO, are filtered through the same type of political consciousness.

It is possible to argue that the “national and native” discourse is somewhat vague. Never since 2011 has the AK Party talked about its identity within a rigid ideological framework. As such, the movement doesn’t mind keeping its current discourse somewhat ambivalent. As a pragmatic party, it might even consider that vagueness a good thing. The most concrete effort to describe the content of “national and native” was the addition of the Rabaa sign (one nation, one flag, one homeland, one state) to the AK Party charter. However, this emphasis on “oneness” does not eliminate the ambivalence discussed above.

Under the circumstances, the AK Party faces a crucial question: Who creates the content of “national and native” and how? Is it being defined by civic-democratic groups that stood up for the people’s right to choose, neo-Kemalists/Eurasianists, opponents of the European Union or the security bureaucracy? Of course, we can reasonably believe that the discourse claims to represent all social groups and therefore is constructed by everyone at the same time. In this sense, it is possible to argue that “national and native” covers the Nationalist Movement Party (MHP) and the Republican People’s Party (CHP) bases as well as Kurdish nationalists who consider themselves part of Turkey. But still, we must pay attention to how the discourse is being shaped.

Needless to say, the AK Party – which represents half the electorate, ought to make a greater contribution to the definition of “national and native.” After all, the movement is no longer in the early stages of its development, when it presented itself as a group of “conservative democrats” at home and abroad. Nor can it use the “civilization” discourse as it did when Turkey laid claim to the emergence of a new order in the Middle East. Quite the contrary, our country is experiencing the negative side effects of civil wars in Syria and Iraq as well as tensions with the United States and the European Union. Add to that the burden of having governed the country for 15 years and the picture should become clearer.

What could happen if we don’t monitor the content of the “national and native” discourse? Citing the presence of Syrian refugees, the opposition might use it to generate a type of populist nationalism. Under the pretext of fighting FETÖ, religious communities could be identified by “the state” as a threat. As the war on terror continues, Kemalist sensitivities might take hold over officials. Or “national” could be defined by anti-Western Eurasianists in their own way behind the smokescreen of criticizing the hostile policies of the U.S. and the European Union.

My point is that the AK Party must define the content of “national and native” – a discourse to which it makes frequent references. This is an issue that cannot be outsourced and handed over to political allies.